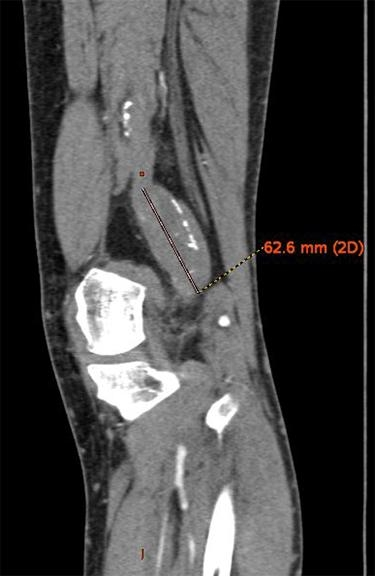 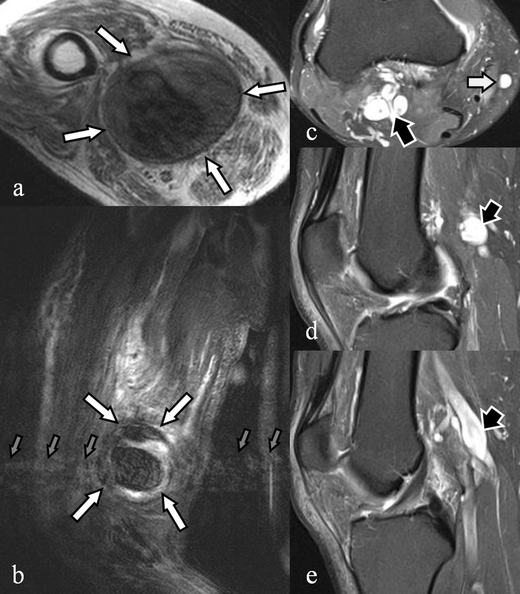 MRI
characteristics of cysts and “cyst-like” lesions in and around the knee: what the radiologist needs to know. Popliteal artery aneurysm: the axial (a) T1-weighted and the sagittal (b) T2-weighted GRE images show a popliteal aneurysm with thrombus and rim-like calcifications. The blood flow creates an artefact (grey arrows) that helps in the diagnosis. Popliteal vein’s varices: the axial (c) and coronal (d, e) fat saturated proton density weighted images demonstrate lobulated cystic lesions (black arrows) in continuity with the popliteal vein consistent with popliteal vein varices. White small arrow in (c) points to the dilated great saphenous vein
insightsimaging.springeropen.com • Open Access 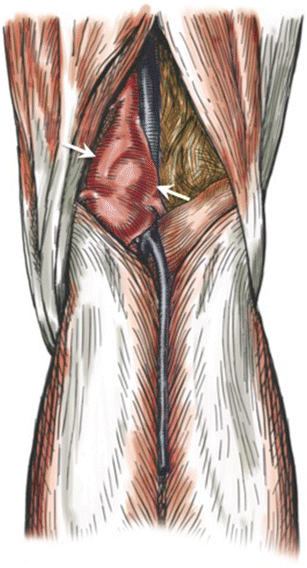 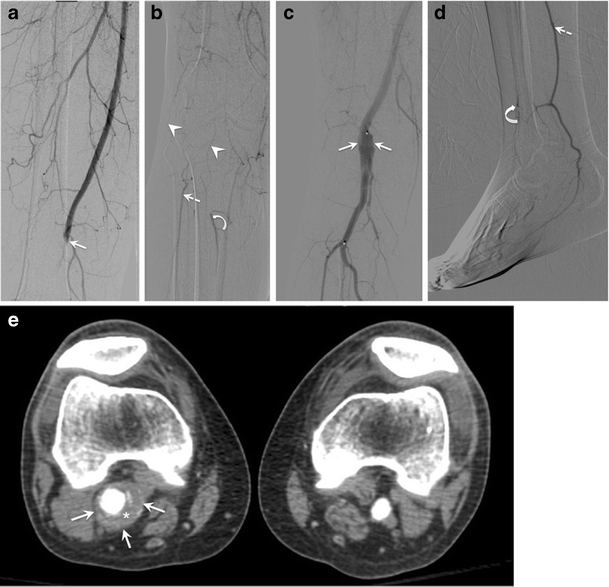 Overall, popliteal artery aneurysms are uncommon. They occur almost exclusively in males (up to 97%) for unknown reasons . There is an increased incidence with age.

Popliteal artery aneurysm are bilateral in 50 to 70% of cases. Their location at the knee point, an area of repeated flexion, may be contributory . They can either be true or false aneurysms:

Angiography can directly show mural calcification and aneurysmal dilatation. Although angiography remains the "gold standard" according to vascular surgery literature, aneurysmal dilatation may be masked by thrombus formation within the aneurysmal sac in ~25% of cases . Instead, it appears as an acute bend in the course of the popliteal artery at the level of the knee joint - this secondary sign is called "dog leg" sign.

The differential (mainly clinical due to transmitted pulsations of the popliteal artery) include: