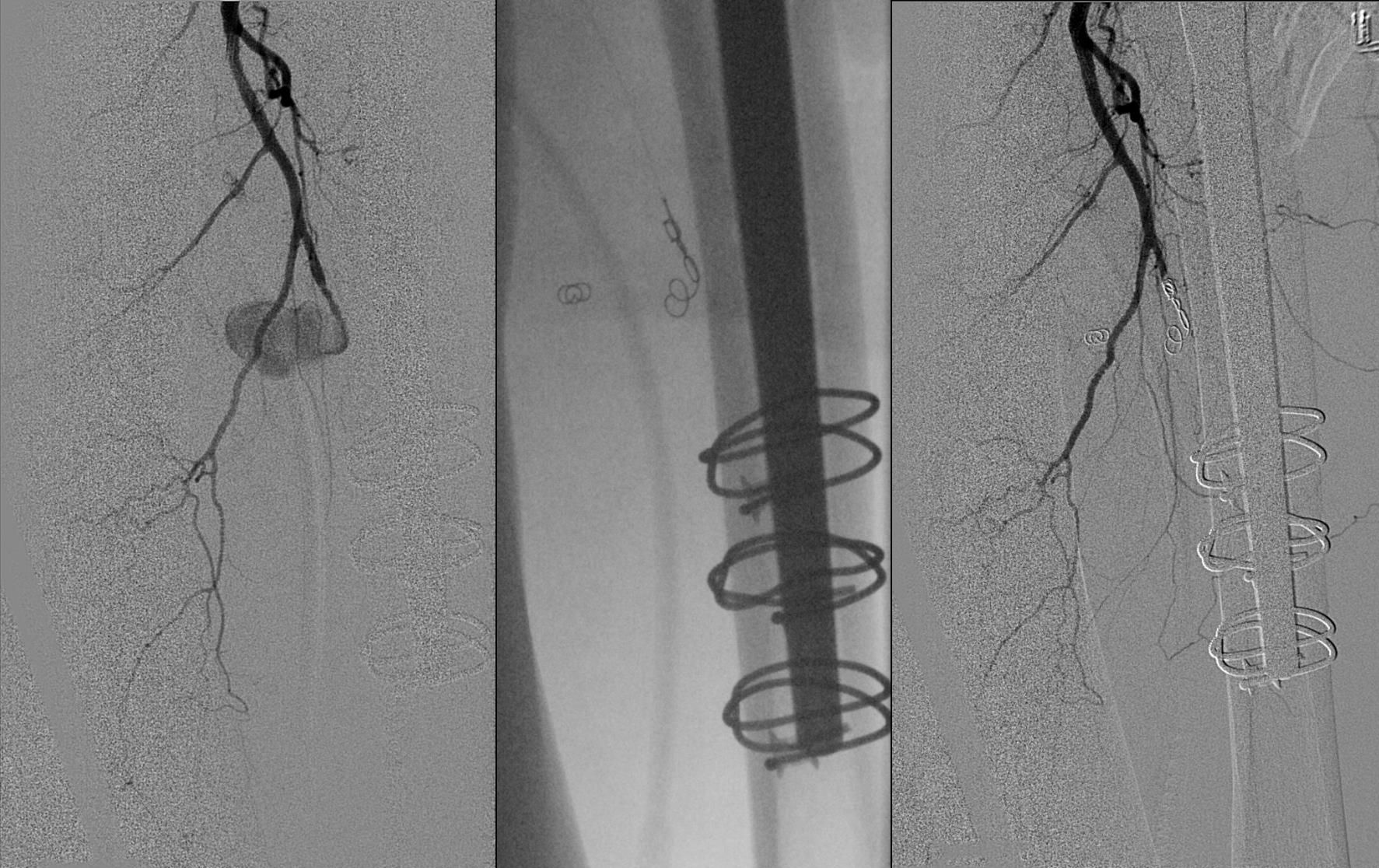 False aneurysms, also known as pseudoaneurysms, are abnormal outpouchings or dilatation of arteries which are bounded only by the tunica adventitia, the outermost layer of the arterial wall. These are distinguished from true aneurysms, which are bounded by all three layers of the arterial wall. Pseudoaneurysms typically occur when there is a breach in the vessel wall such that blood leaks through the inner wall but is contained by the adventitia or surrounding perivascular soft tissue.

They can involve any arterial segment or even a cardiac chamber. Examples include

Some of the imaging features may be dependent on location.

Due to the turbulent forward and backward flow, a characteristic yin-yang sign may be seen on color flow while a "to and fro" pattern may be seen with pulsed Doppler.

The risk of rupture is higher than that of a true aneurysm of comparable size due to poor support of the aneurysm wall and thus false aneurysms generally require treatment.