Baker"s
cyst on axial MRI with communicating channel between the semimebranosus muscle and the medial head of the gastrocnemius muscle.
Wikipedia • CC BY-SA 3.0 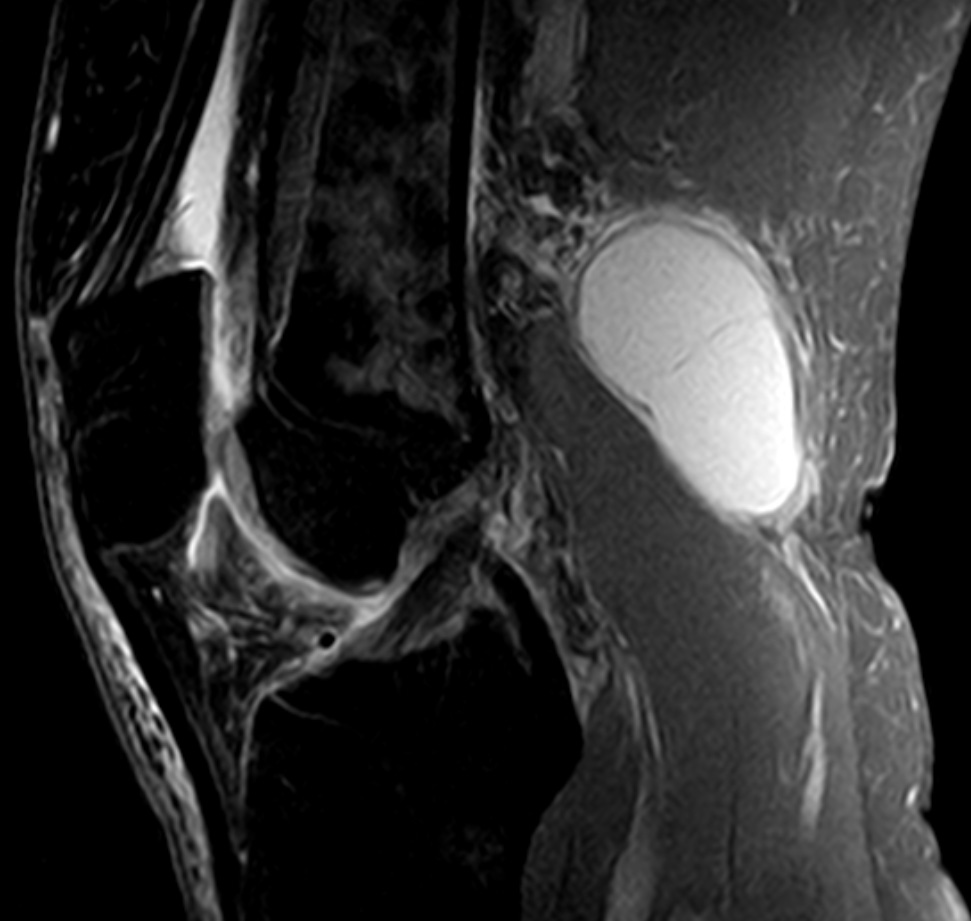 Baker cysts, or popliteal cysts, are fluid-filled distended synovial-lined lesions arising in the popliteal fossa between the medial head of the gastrocnemius and the semimembranosus tendons via a communication with the knee joint. They are usually located at or below the joint line.

They represent neither a true bursa nor a true cyst, as they occur as a communication between the posterior joint capsule and the gastrocnemius-semimembranosus bursa.

Baker cysts are most often found incidentally when the knee is imaged for other reasons.

Symptomatic presentation may be acute when rupture occurs, in which case the chief differential diagnosis is deep venous thrombosis. A chronic/subacute presentation can manifest as a popliteal fossa mass or with pain.

Exquisitely outlines the cyst as a mass extending from the joint space with high T2 signal content.

In children, they can be common, with most spontaneously resolving within 10-20 months. Aspiration may be performed, with steroid injection shown to be beneficial in reducing Baker cyst size and improving symptoms . If the symptoms persist and/or the cyst is very large, a surgical excision is an option.