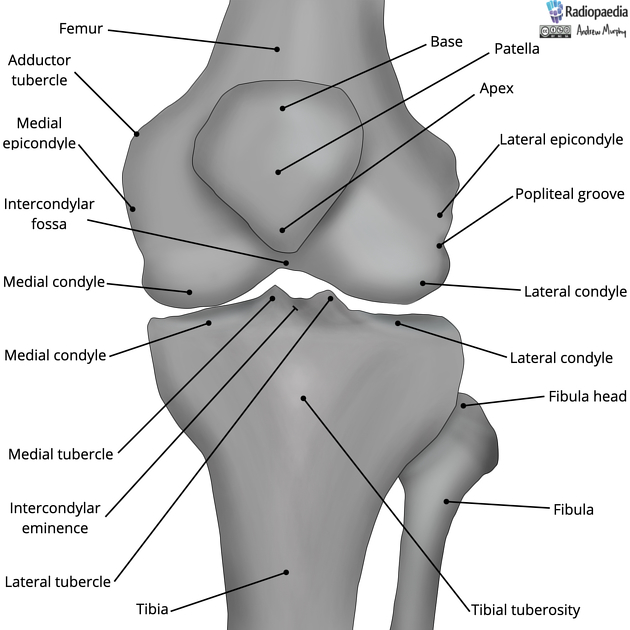 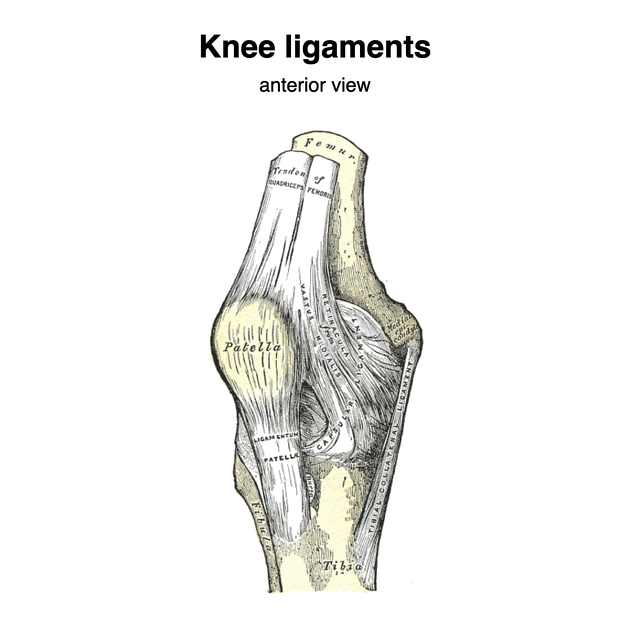 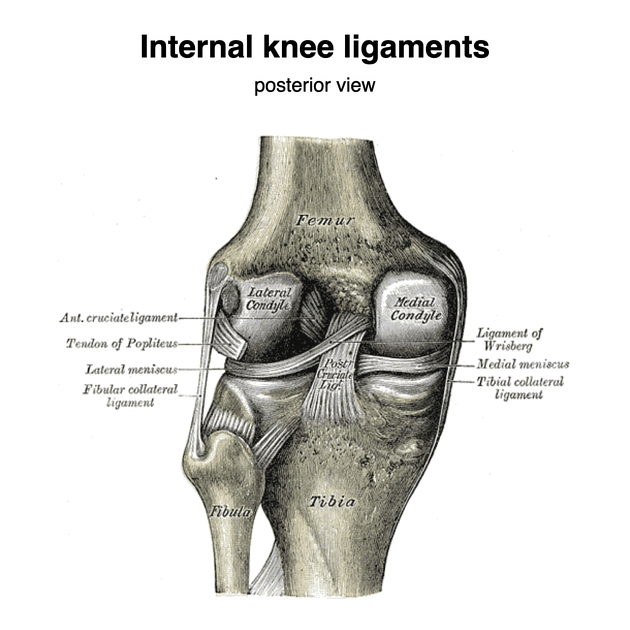 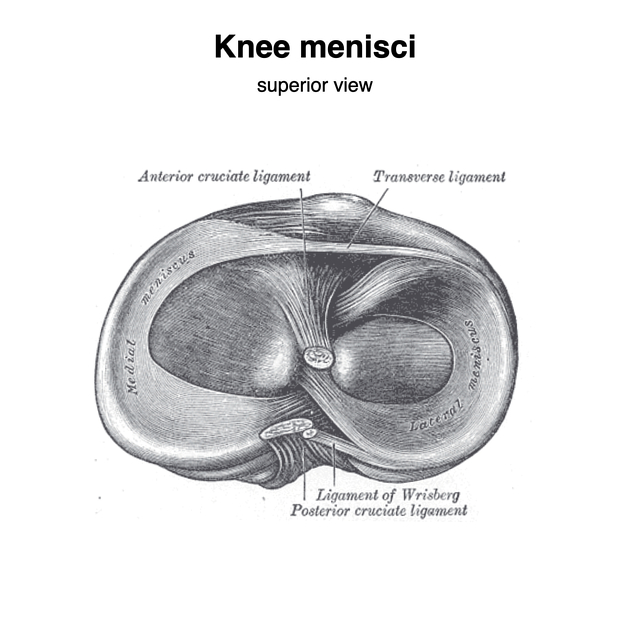 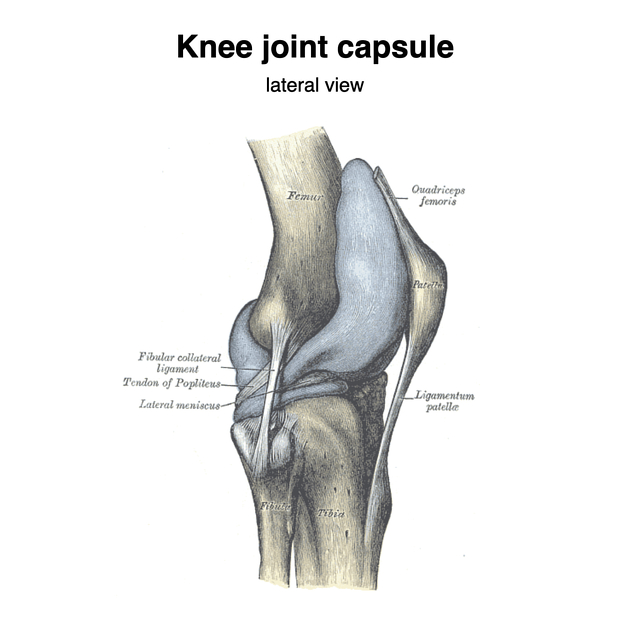 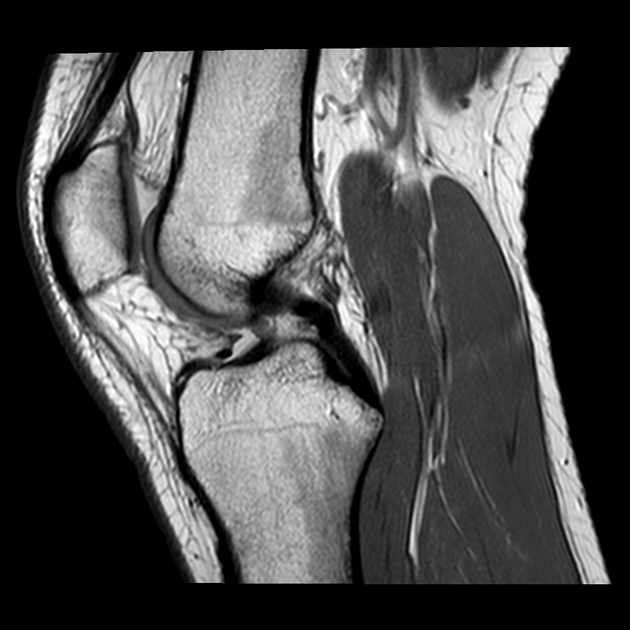 The knee joint is a modified hinge joint between the femur, tibia, and patella. It is the largest synovial joint in the body and allows flexion and extension of the leg as well as some rotation in the flexed position.

Saddle joint between the patella and femoral condyles:

The knee is supplied by anastomoses of:

The nerve supply to the knee is derived from: