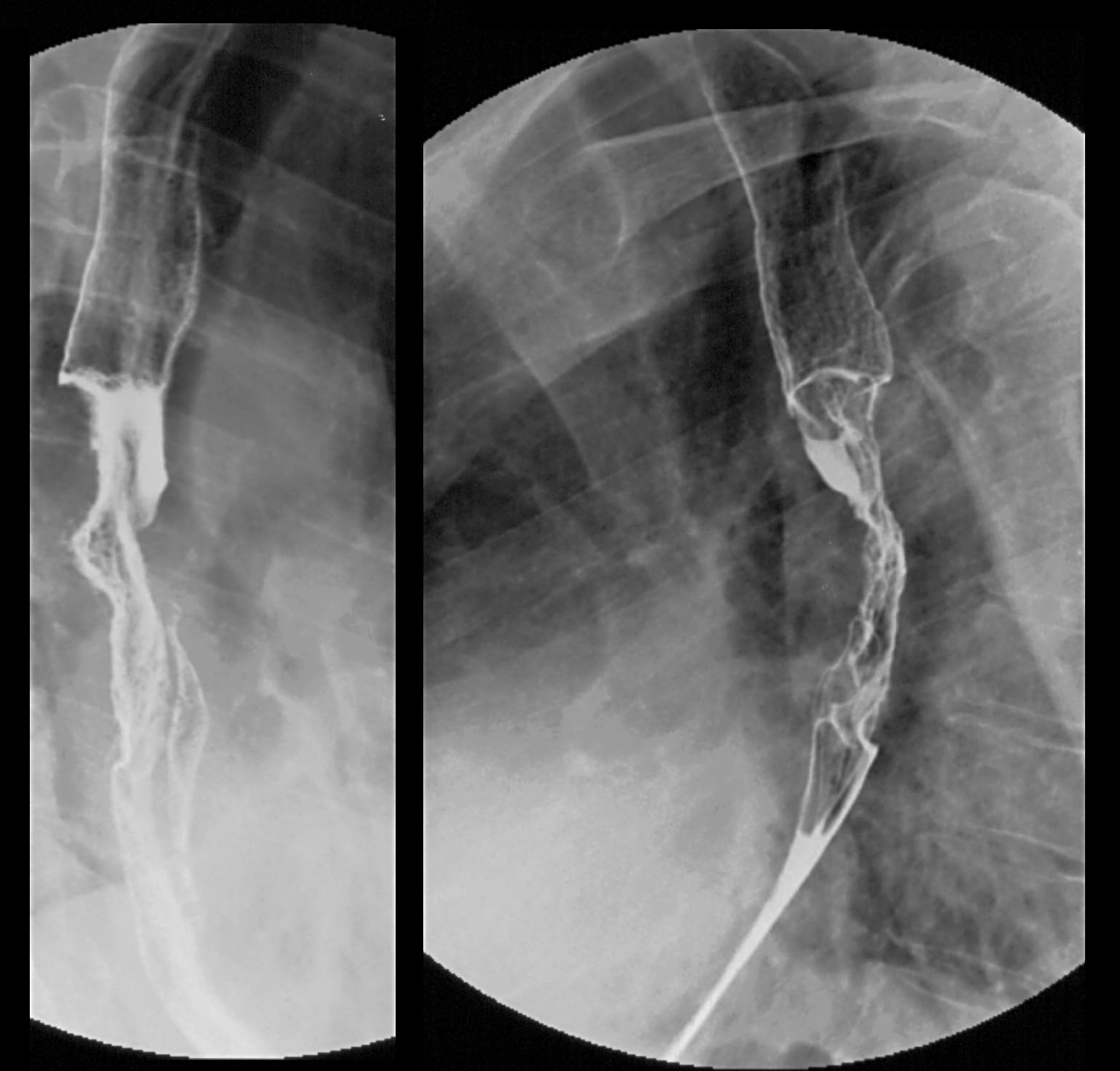 This image
is part of a series which can be scrolled interactively with the mousewheel or mouse dragging. This is done by using Template:Imagestack. The series is found in the category Normal barium swallow Case 001. Normaler Schluckakt in der Barium-Breischluck-Untersuchung.
Wikipedia • CC BY 3.0

Barium swallow is a dedicated test of the pharynx, esophagus, and proximal stomach, and may be performed as a single or double contrast study. The study is often "modified" to suit the history and symptoms of the individual patient, but it is often useful to evaluate the entire pathway from the lips to the gastric fundus.

Upper GI endoscopy (UGIE or EGD) has largely replaced the barium swallow for the assessment of peptic ulcer disease and the evaluation of hematemesis.

However, there remain many indications for a barium swallow including:

Water-soluble contrast agents should be used instead of barium in the following cases:

Examination technique depends on the indication of the study. Preparation needed for study is overnight fasting, avoiding smoking or chewing gum to decrease the secretions in the oral cavity and pharynx.

On the lateral view, the tongue base and epiglottis are seen from the side, with the vallecula between. A posterior indentation caused by contraction of the cricopharyngeus muscle indicates the commencement of the cervical esophagus.

On the frontal view, the piriform fossae are outlined by barium and the epiglottis and the base of the tongue show as filling defects in the midline.

The cervical esophagus lies on the ventral surface of the cervical spine.

The thoracic esophagus is best demonstrated in the right anterior oblique position.