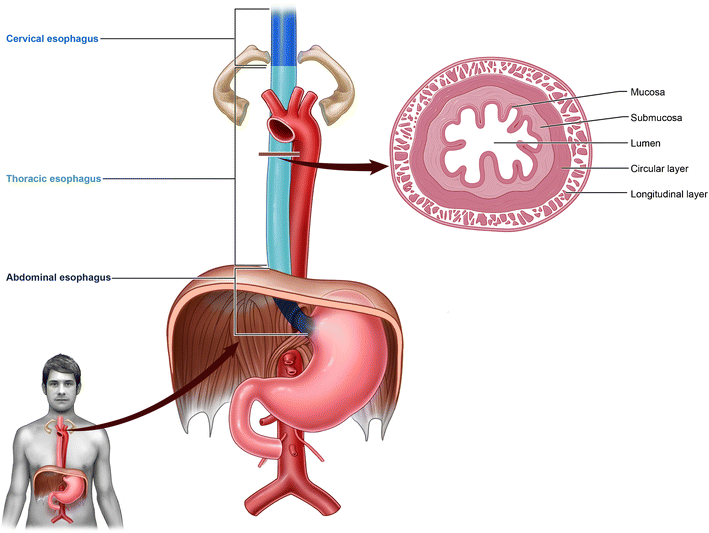 Imaging of
the oesophagus: beyond cancer. Anatomy and histology of the oesophagus
insightsimaging.springeropen.com • Open Access
Hallo!
Radiopaedia • CC-by-nc-sa 3.0 • de

The esophagus is a muscular tube that conveys food and fluids from the pharynx to the stomach.

The esophagus is 23-37 cm long with a diameter of 1-2 cm and is divided into three parts:

The cervical esophagus begins at the upper esophageal sphincter, which is formed by the cricopharyngeus muscle .

The lower esophageal sphincter, also known as the phrenic ampulla or the esophageal vestibule, represents a 2-4 cm long dilatation between the A-ring and B-ring .

The esophagus is made up of five layers noting there is no serosal layer:

Endoscopic ultrasonography is used for evaluation of the depth of the esophageal tumor.

Useful for the staging of esophageal cancer.