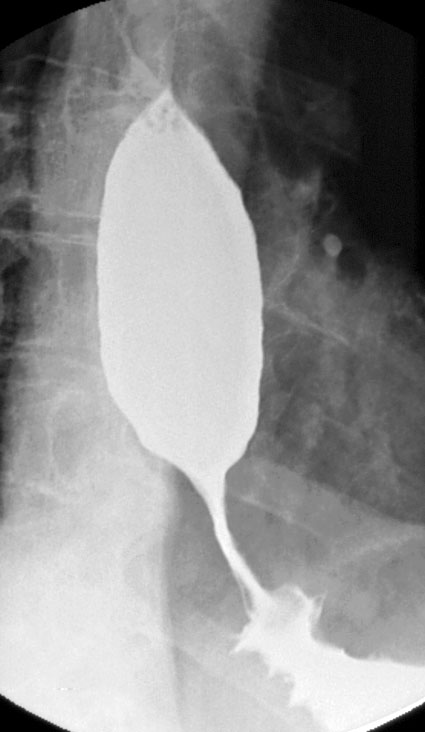 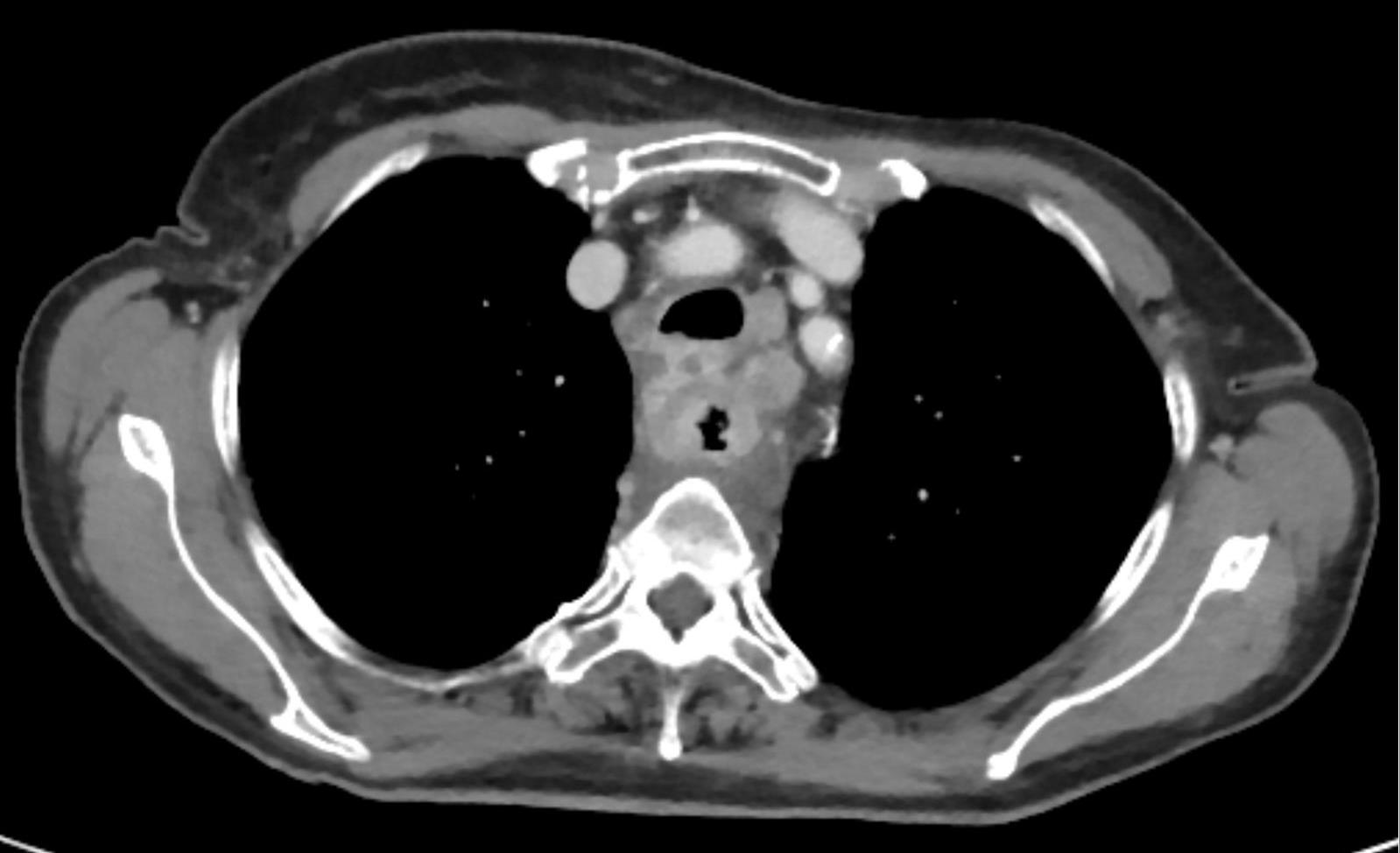 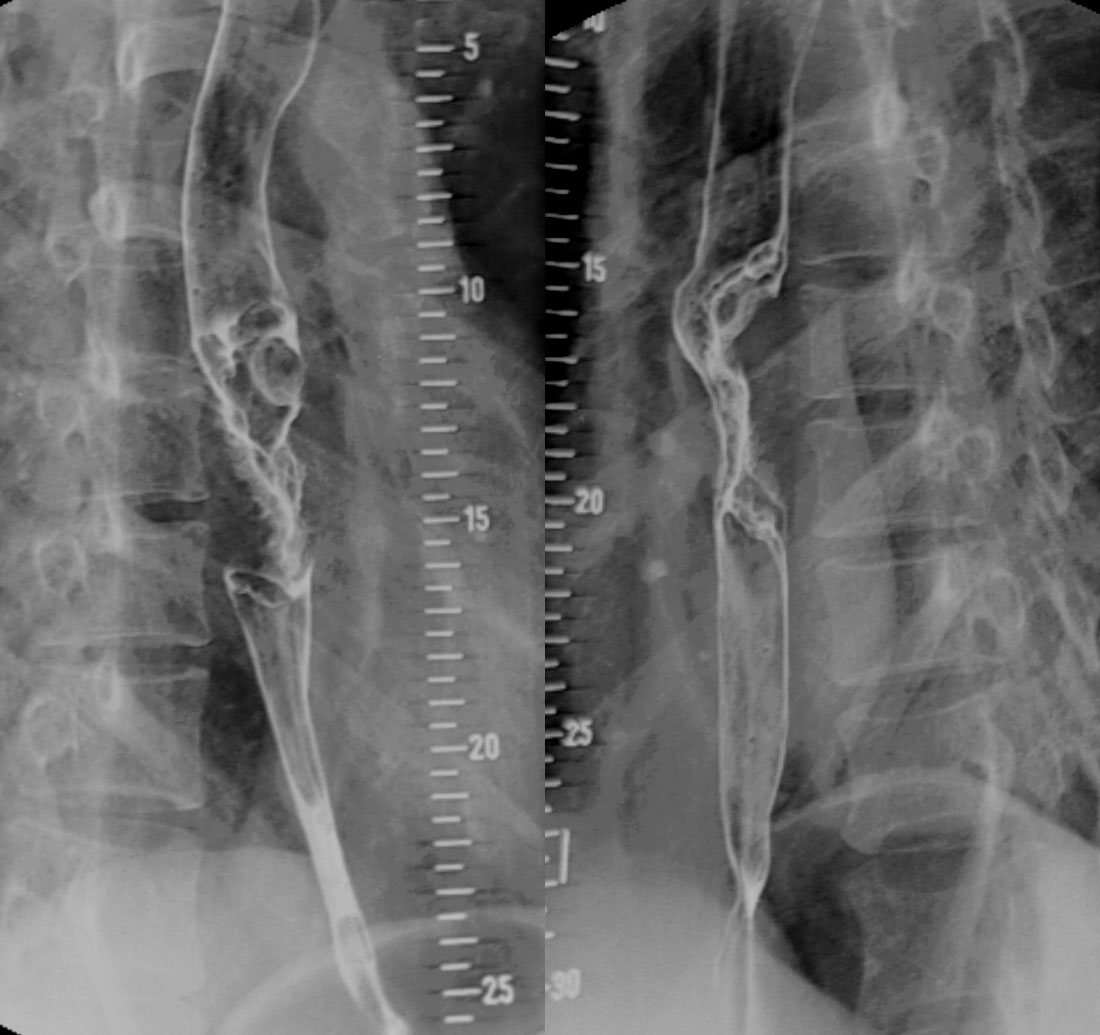 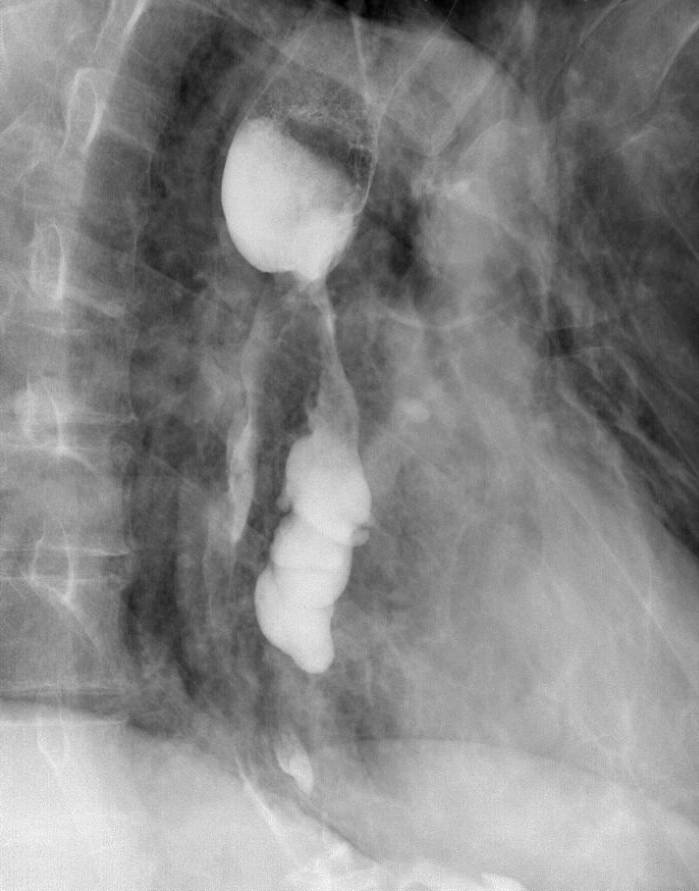 Esophageal carcinoma is relatively uncommon. It tends to present with increasing dysphagia, initially to solids and progressing to liquids as the tumor increases in size, obstructing the lumen of the esophagus.

Esophageal cancer is responsible for <1% of all cancers and 4-10% of all gastrointestinal malignancies. There is recognized male preponderance with the squamous cell subtype, M:F 4:1. Blacks are more susceptible than Caucasians, 2:1.

The incidence of the subtypes has regional variation. The squamous cell subtype has the greatest worldwide incidence (~90%), but the adenocarcinoma subtype is more common in many parts of North America and Europe. In addition, there are certain regions where individuals are at particularly high risk of developing esophageal cancer, e.g. Iran, parts of Africa, Italy, and China.

See the separate articles by histology:

A combination of CT scan, transesophageal ultrasound, and PET/CT scan are used for staging of the disease. CT is the best initial modality for detection of the distant metastasis, gross direct invasion, and enlarged lymph nodes. Ultrasound is the most sensitive modality for assessment of the depth of invasion and regional enlarged lymph nodes. PET can be useful for re-staging after the initial neoadjuvant therapy .

Many indirect signs can be sought on a chest radiograph and these include:

It defines the layers of the esophageal wall hence can differentiate T1, T2, and T3 tumors

The esophagus consists of five layers.

PET/CT is useful for detecting esophageal primary tumors yet it has little role in helping determine the specific T classification because it provides limited information about the depth of tumor invasion.

PET/CT is also superior to CT for detecting lymph node metastases and can depict metastases in normal-sized lymph nodes through the uptake of FDG.

PET/CT has a primary role in the depiction of distant sites of metastatic disease.

The most common sites of distant metastases detected at PET (but frequently missed at CT) are the bones and liver.

The 5-year mortality depends on the stage of the tumor. Unfortunately, most cases present with regional or distant metastatic disease (30% and 40%, respectively.

Endoscopic mucosal resection, without or with localized ablation is an option for localized (T1a) disease. These epithelial tumors are usually <2 cm, asymptomatic, and noncircumferential.

For T1b tumors and above, surgical options are mostly limited to esophagectomy (including sometimes with palliative colonic interposition (see case 19)).