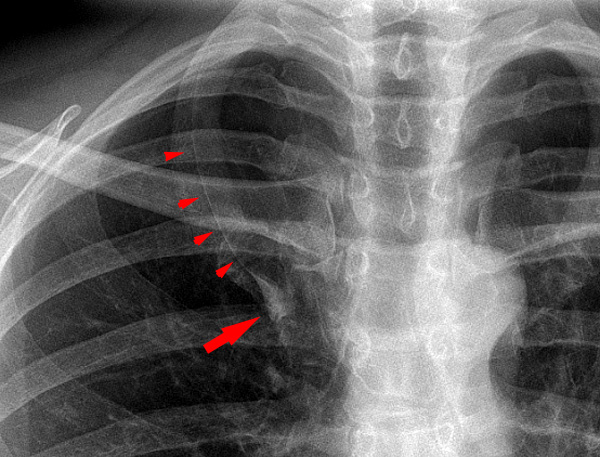 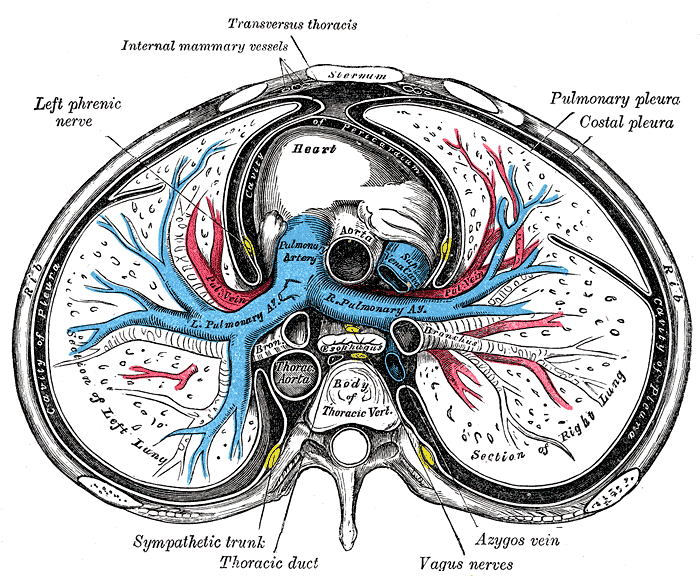 The azygos vein is a unilateral vessel that ascends in the thorax to the right of the vertebral column, carrying deoxygenated blood from the posterior chest and abdominal walls. It forms part of the azygos venous system.

The spelling azygous when referring to the vein is incorrect, regardless of whether British or American English is used . Azygous is a word in English meaning 'without pair', but in the context of anatomy, azygos vein is the sole correct spelling (see Terminologia Anatomica).

The azygos vein is formed by the union of the ascending lumbar veins and right subcostal veins at around the T12-L2 vertebral level.

If originating at a lumbar level, the azygos vein typically enters the chest through the aortic hiatus (T12 vertebral level), although may enter by piercing the right crus of the diaphragm. It then ascends in the posterior mediastinum before arching over the right main bronchus posteriorly at the root of the right lung (at the level of T5-T6) where it joins the superior vena cava. This arch of the azygos vein (arcus venae azygos) is an important anatomical landmark.

Often there is a valve in the arch within 4 cm of its orifice in the SVC, which can be seen in about two-thirds of CT cases with reflux of contrast into the azygos arch . When present and seen with contrast reflux, the valve is often (82%) associated with a bulge of the valve sinus . Contrast isolated in the sinuses of this valve may be mistaken for hyperattenuating foci in the vicinity such as calcified lymph nodes, surgical clips or tracheal calcification.

The azygos vein freely anastomoses with the vertebral venous plexus.

The Ancient Greek root "ζυγόν" (zygon) means a yoke, as holds two oxen together, and thus came to mean a pair, and the prefix "α-" (a) means not; hence, azygos means a non-paired structure.