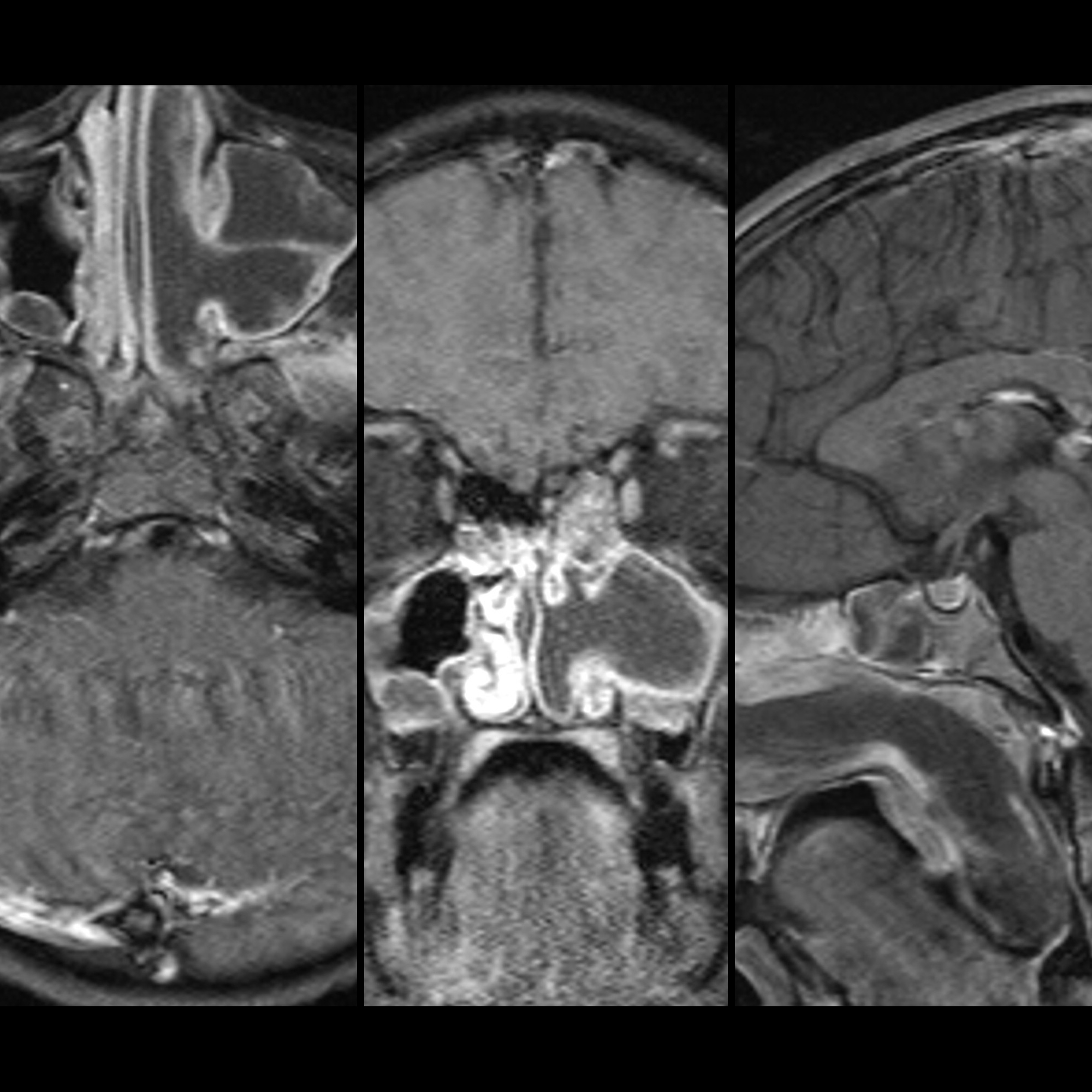 School ager
with obstructive sleep apnea. Axial (left), coronal (middle), and sagittal T1 MRI with contrast of the paranasal sinuses show a left-sided polyp extending from the left maxillary sinus (center), to the nasal cavity (left), to the nasopharynx and ultimately to the oropharynx and abutting the epiglottis (right).The diagnosis was antrochoanal polyp.
pediatricimaging.org • CC-by-nc-sa 4.0 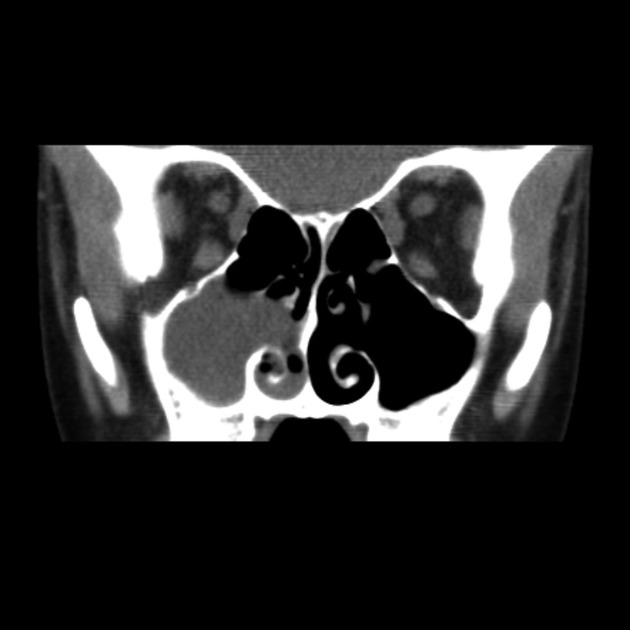 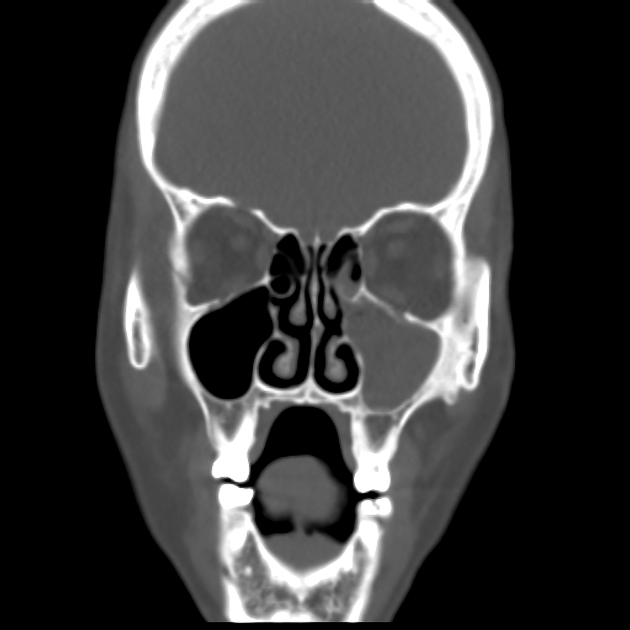 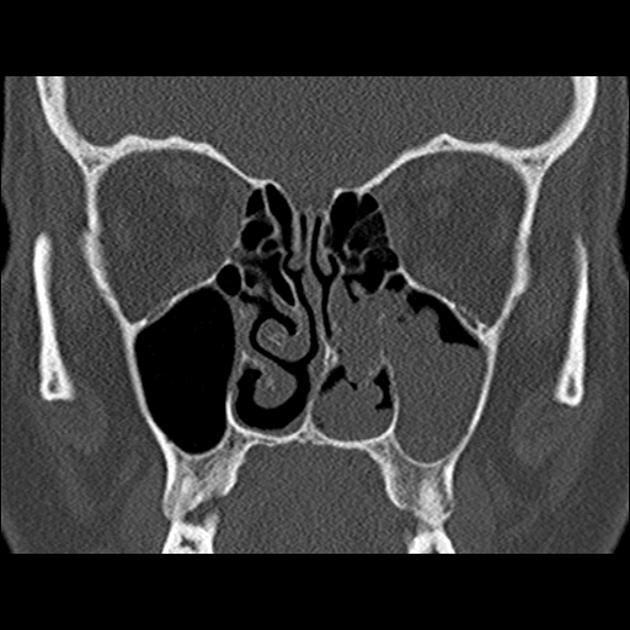 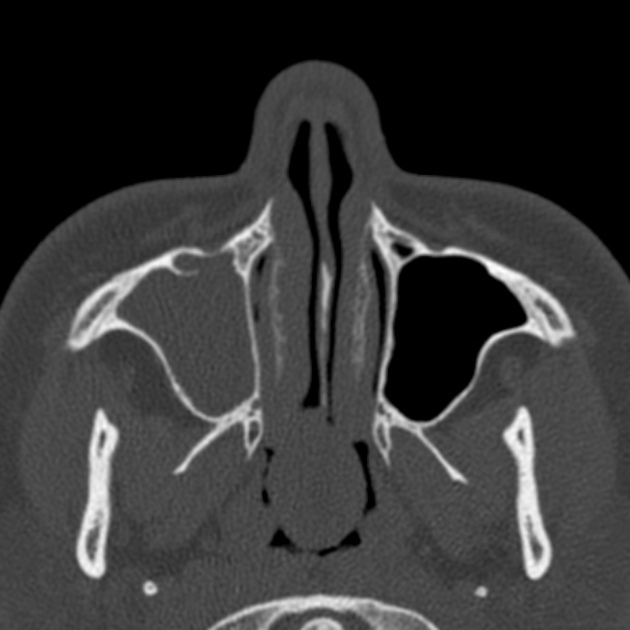 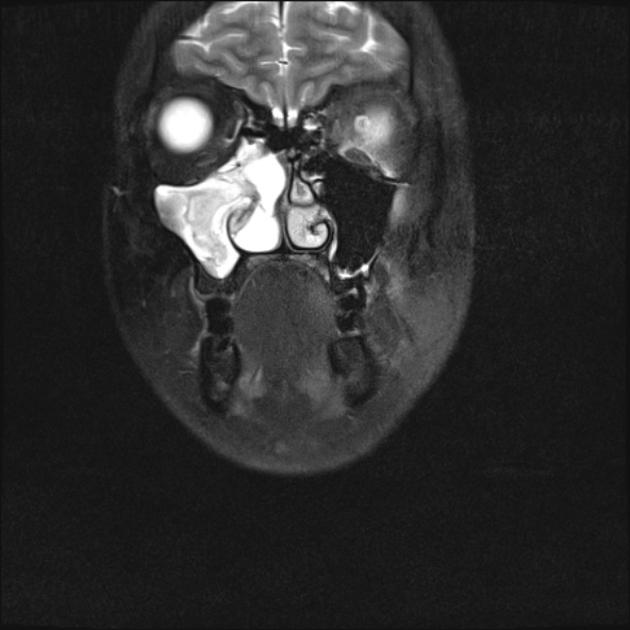 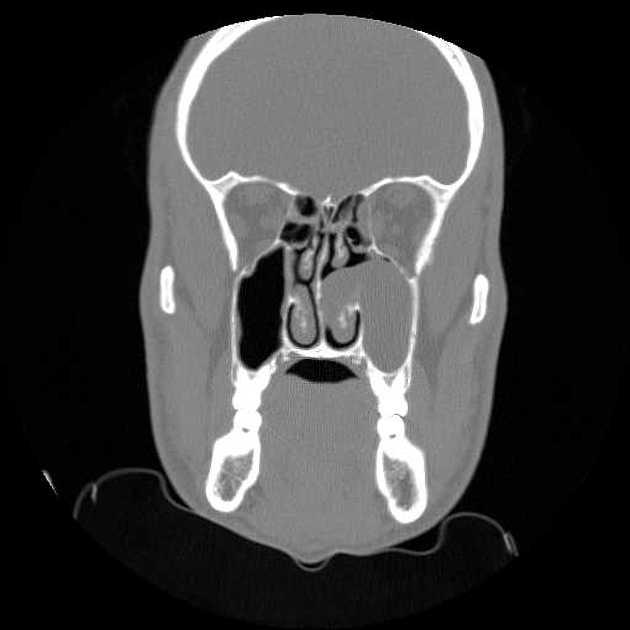 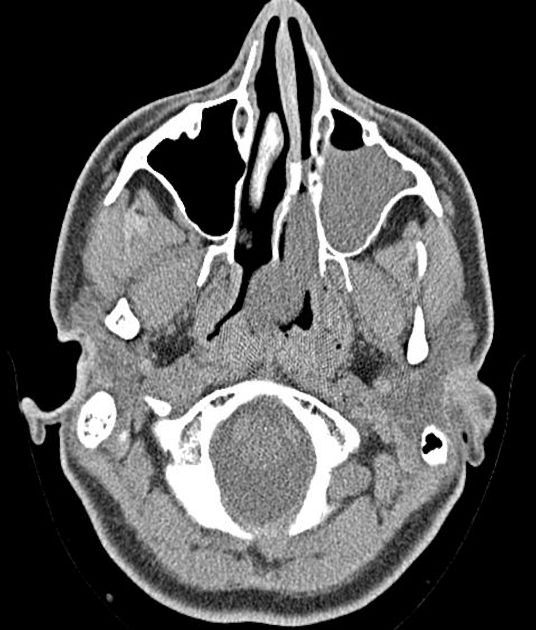 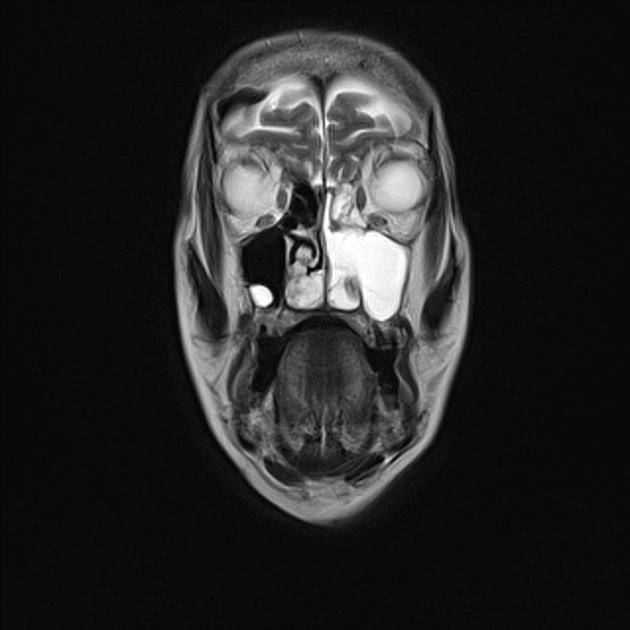 Antrochoanal polyps (ACP) are solitary sinonasal polyps that arise within the maxillary sinus. They pass to the nasopharynx through the sinus ostium and posterior nasal cavity, enlarging the latter two.

Similar, less common, polyps can arise in the sphenoid sinus extending into the nasopharynx: these are termed sphenochoanal polyps. Likewise, there are nasochoanal, frontochoanal, and ethmochoanal polyps .

Antrochoanal polyps represent only ~5% of sinonasal polyps . They are most commonly seen in young adults in their 3 to 5 decades. They are slightly more common in males than females .

Clinical presentation is usually with an obstructed nasal passage and/or sinus symptoms. Occasionally, larger masses may prolapse posteriorly enough that they may be visible through the mouth as they hang down from the nasopharynx .

Unlike other sinonasal polyps, antrochoanal polyps are usually found in non-atopic patients .

The exact aetiology is not known, but it is thought that infection may be a common causative association. Chronic sinusitis is present in ~25% of patients but a causal relationship has not been firmly established.

Pathologically, antrochoanal polyps are identical to other inflammatory polyps. However, unlike other polyps, they usually have a narrow stalk arising from the maxillary sinus .

Histologically, the polyp is lined by respiratory epithelium with increased inflammatory infiltrate. Due to the narrow pedicle, vascular compromise with secondary change may be seen.  This may result in haemorrhage, organising haematoma, neovascular changes, and/or papillary endothelial hyperplasia .

Plain films are no longer considered adequate in the assessment of sinus pathology. However, they continue to be performed in some cases. Findings include :

CT is the preferred method for diagnosis due to the exquisite bony detail of the paranasal sinus anatomy. In general, a non-contrast scan is sufficient. Typically, antrochoanal polyps have the following features:

These features are best appreciated on true coronal or coronal reformatted scans. Although pathologically antrochoanal polyps have a narrow pedicle or stalk, this is usually not evident on CT.

Occasionally, antrochoanal polyps may have a higher density (and Hounsfield values) if they are long-standing (i.e. desiccated) and/or have an associated fungal infection (see fungal sinusitis) . A contrast-enhanced scan is not necessary but may demonstrate peripheral enhancement.

Classic treatment is intranasal snare polypectomy. However, if the base of the stalk is not excised, the polyp may recur. Ideally, minimally invasive endoscopic surgery is performed: the attachment site of the stalk is identified and excised along with a small cuff of adjacent mucosa. Visualisation of the stalk base can be achieved in many cases via a medial meatotomy, or may require the creation of an additional window through the inferior meatus .

Recurrence rate is low (~7%) if the stalk base is excised .

They were first described by Killian in 1906. Killian expressed the opinion that they arose from the maxillary sinus and gained access to the nasal cavity through the accessory ostium, based on a detailed study of 22 cases .