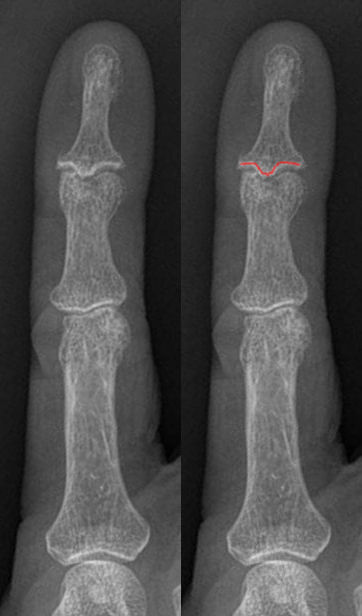 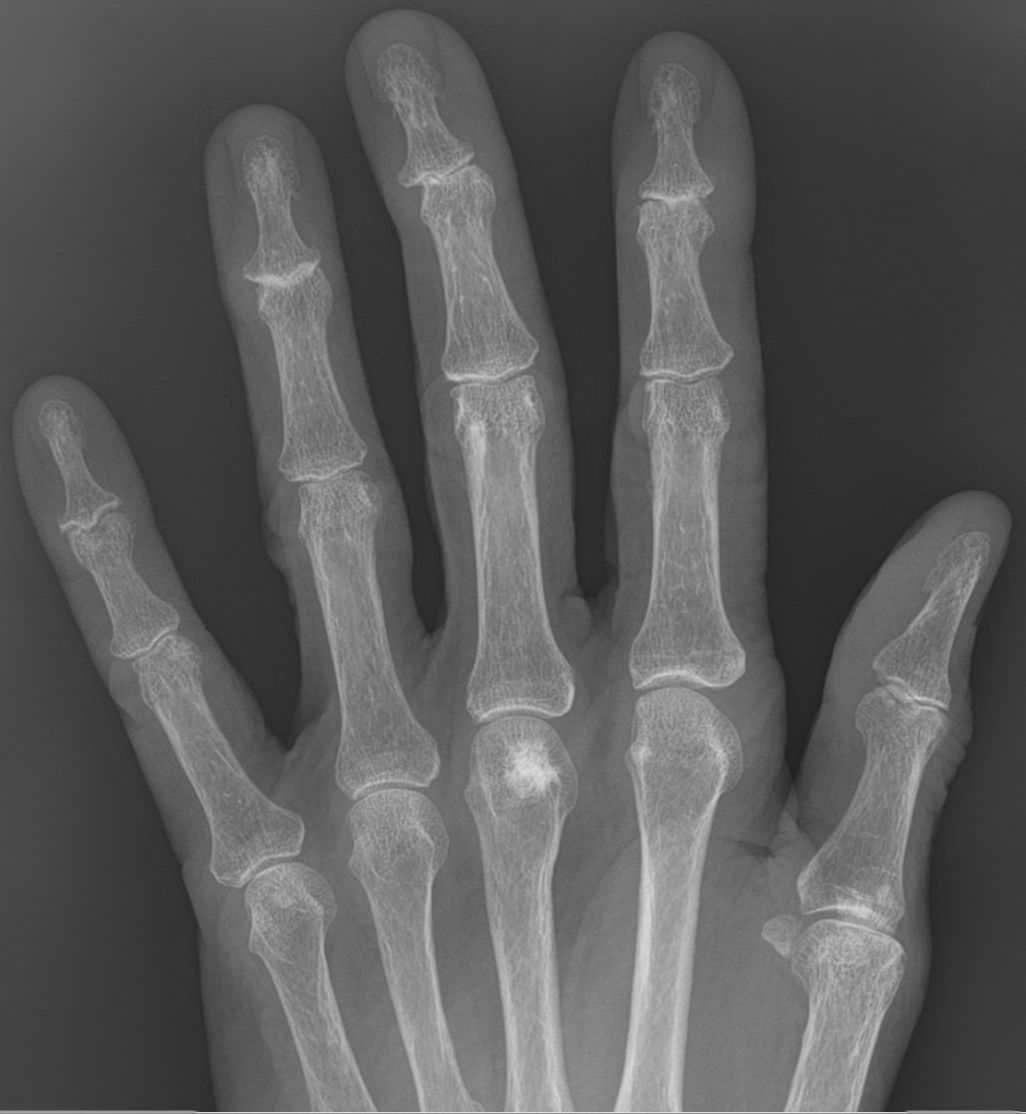 There is marked female predilection (F:M ~12:1), typically presenting in the postmenopausal patient.

Clinically the presentation mimics inflammatory arthropathies such as psoriatic arthritis (PsA) or rheumatoid arthritis (RA). Patients complain of a relatively acute or subacute onset of morning stiffness in the fingers of both hands. Systemic symptoms, however, are absent.

Erosive osteoarthritis has a predilection for the hands. The dominant features are those of osteoarthritis, particularly in terms of distribution:

Treatment is conservative unless the disease advances to joint destruction and/or contractures, which may require surgical arthrodesis, arthroplasty, or tendon repair.

The prognosis is good with remission after several years being seen in most patients. The degenerative changes of course remain and are then merely those of osteoarthritis.