Teenager with
hyperthyroidism. Transverse grayscale (above), color doppler (middle), and power doppler (below) US of the thyroid show an enlarged, heterogenous and hypervascular thyroid gland.The diagnosis was Graves disease.
pediatricimaging.org • CC-by-nc-sa 4.0 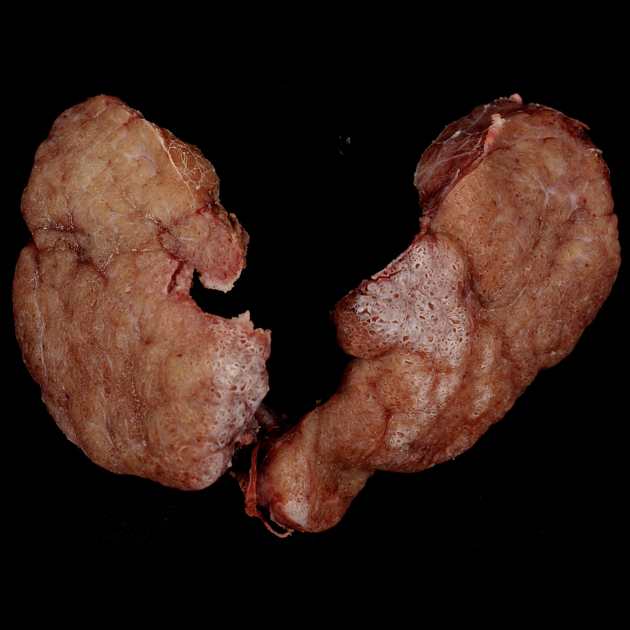 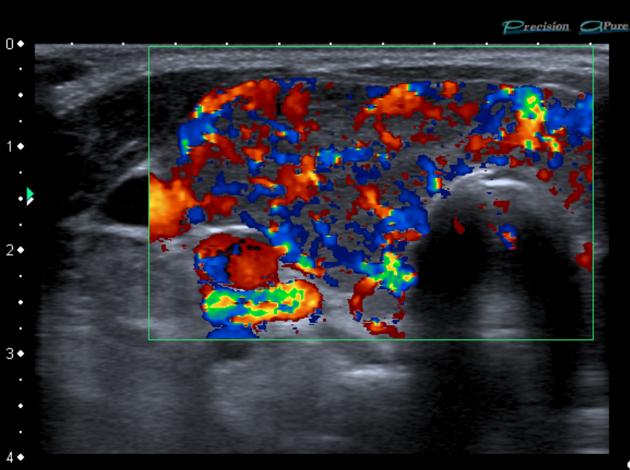 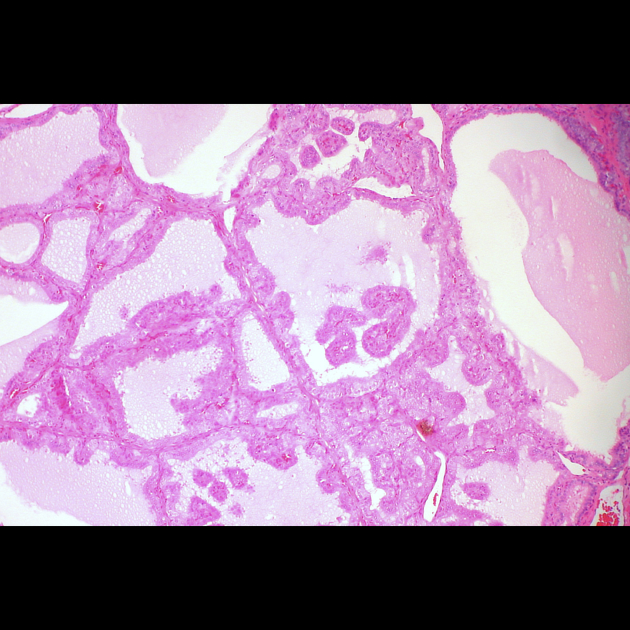 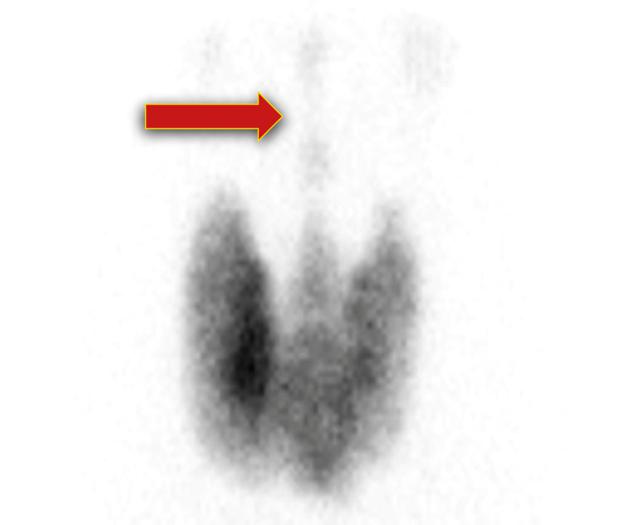 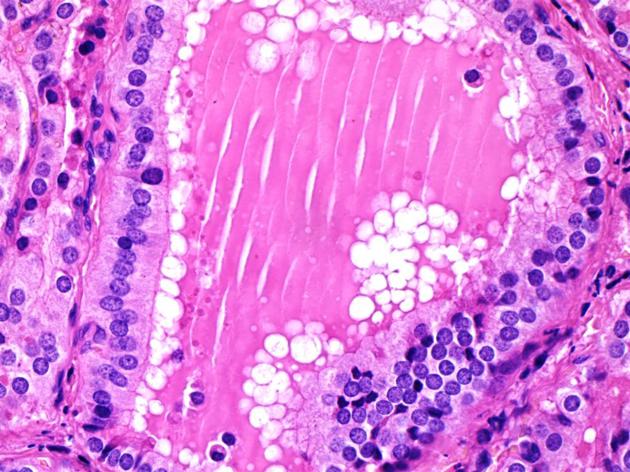 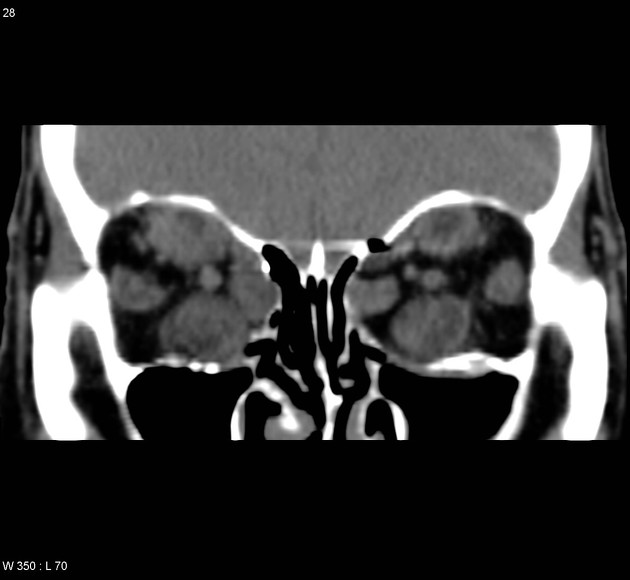 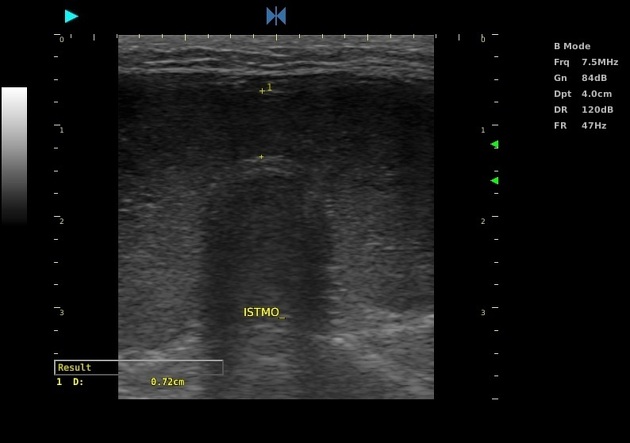 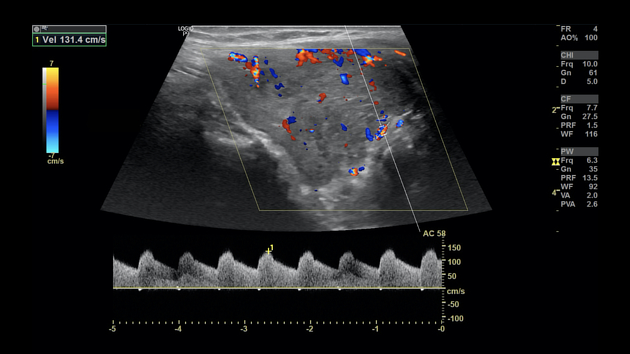 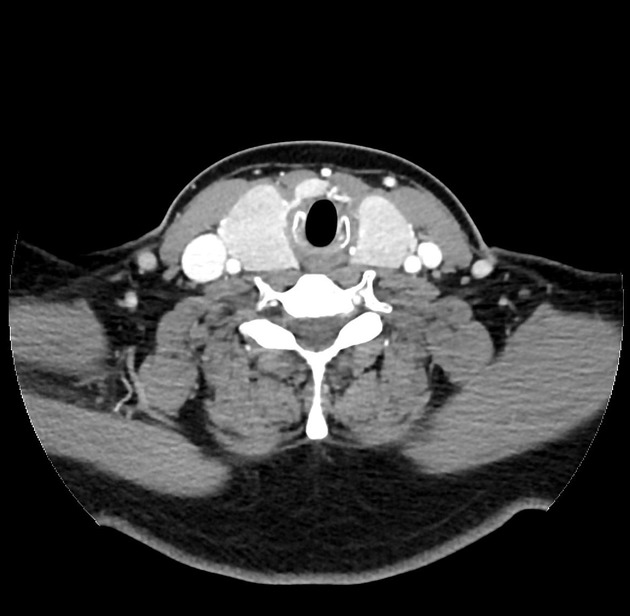 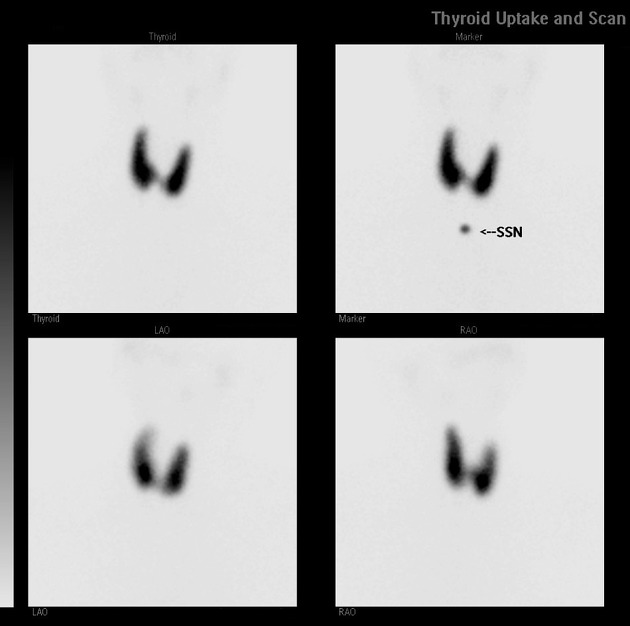 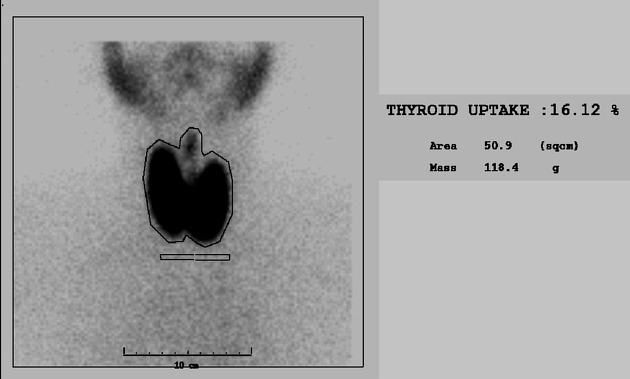 Graves disease (also known as Basedow disease in mainland Europe) is an autoimmune thyroid disease and is the most common cause of thyrotoxicosis (up to 85%).

There is a strong female predilection with an F:M ratio of at least 5:1. It typically presents in middle age.

Patients are thyrotoxic. Extrathyroidal manifestations include:

The combination of exophthalmos, palpitations, and goiter is called the Merseburger (or Merseburg) triad.

Results from an antibody directed stimulation of the thyroid-stimulating hormone (TSH) receptor, with resultant production and release of T3 and T4.

The affected gland shows diffuse, symmetrical enlargement, with a fleshy red cut surface. This appearance can be altered by preoperative treatment or chronicity.

The histological features are consistent with the activated state of the gland:

These features can be altered by preoperative treatment or chronicity.