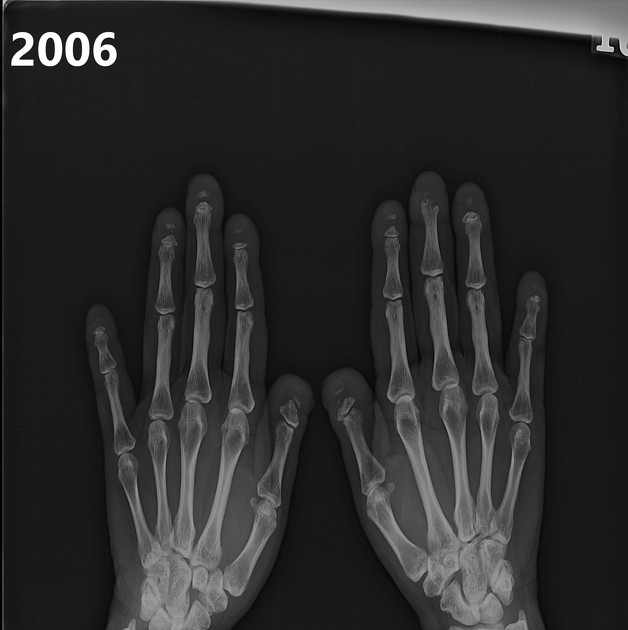 Hajdu-Cheney syndrome is a very rare connective tissue disorder with only 50 cases reported in the literature .

It is mostly diagnosed in adulthood or adolescence with the presence of a positive family history. There has been no link between severity of disease and age of diagnosis . Clinical features include:

It is associated with osteoporosis, bony deformities and acro-osteolysis. It follows an autosomal dominant inheritance but can also result from spontaneous de novo mutations.

Diagnosis involves genetic testing searching for the truncating mutation in the terminal exon of NOTCH2 .

Management is symptomatic and involves regular follow-up. Prevention of osteoporosis, vitamin D and bisphosphonates may also have a role .

These involve other causes of acro-osteolysis and can be differentiated radiologically .Amongst others, they include the following: