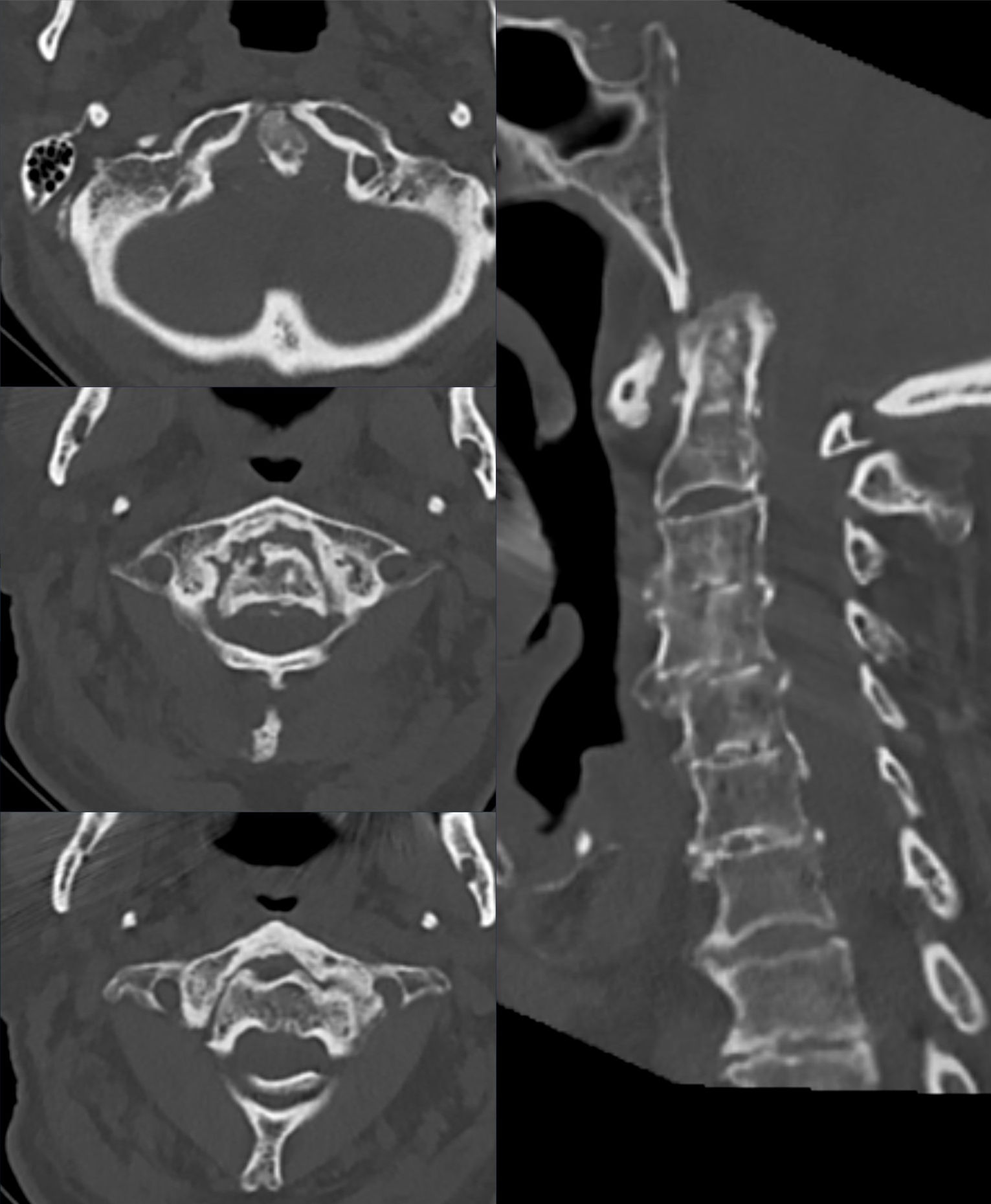 Basilar invagination, also called basilar impression, is a congenital or acquired craniocervical junction abnormality where the tip of the odontoid process projects above the foramen magnum.

The terms basilar invagination and basilar impression are often used interchangeably because in both cases there is upwards migration of the upper cervical spine, but they are not synonyms.

Basilar invagination is defined as the congenital upward displacement of vertebral elements into a normal foramen magnum with normal bone.

In contrast, basilar impression is a similar upward displacement of the dens due to, however, acquired softening of bones at the base of skull.

It may be congenital or acquired and is often associated with platybasia. There is stenosis of the foramen magnum and compression of the medulla oblongata resulting in neurological symptoms, obstructive hydrocephalus, syringomyelia or even death.

Common causes can be recalled using the mnemonic PF ROACH. Another approach is to divide them into congenital and acquired causes:

Basilar invagination occurs in around 5-10% of patients with cervical rheumatoid arthritis due to loss of axial supporting structures in the upper cervical spine .

A classification system has been proposed based on the absence (group I) and presence (group II) of Chiari malformation and can be of use in planning surgical management. Brainstem compression relates to odontoid process indentation in group I, while reduced posterior cranial fossa volume is the cause in group II .

Five lines have been described and used by most of the radiologists to evaluate basilar invagination on frontal and lateral skull plain radiographs as well as coronal and midsaggital reconstructed CT and MRI images.

This is based on the relative projection of the odontoid process to these lines, which is as follows: