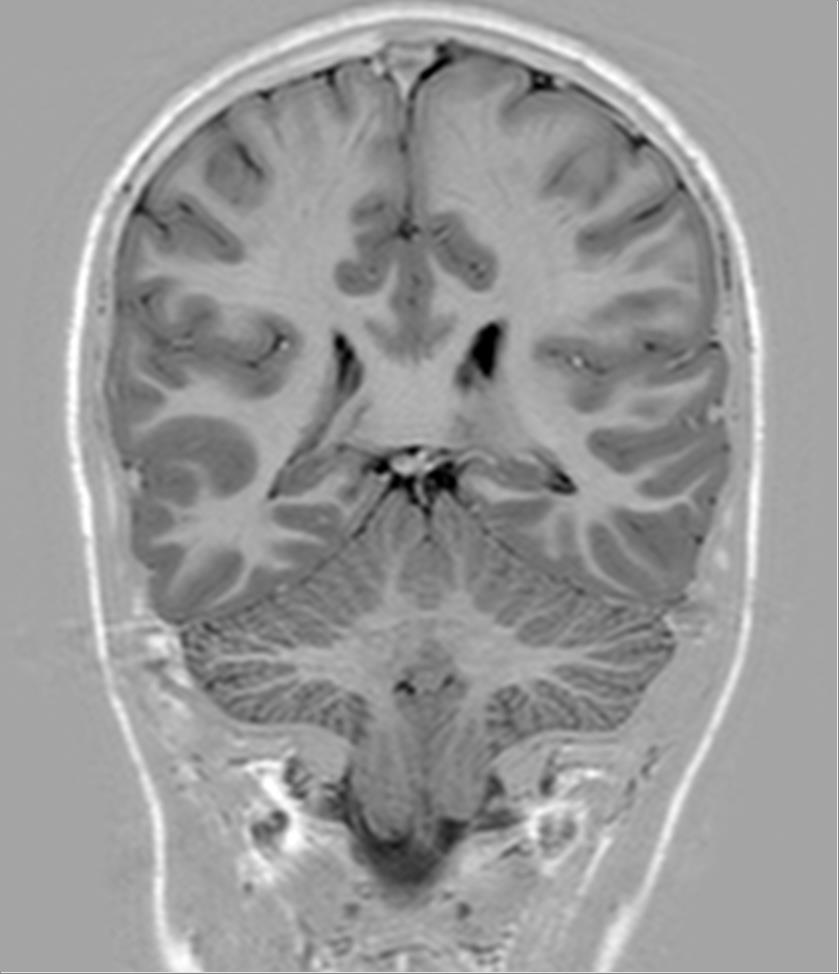 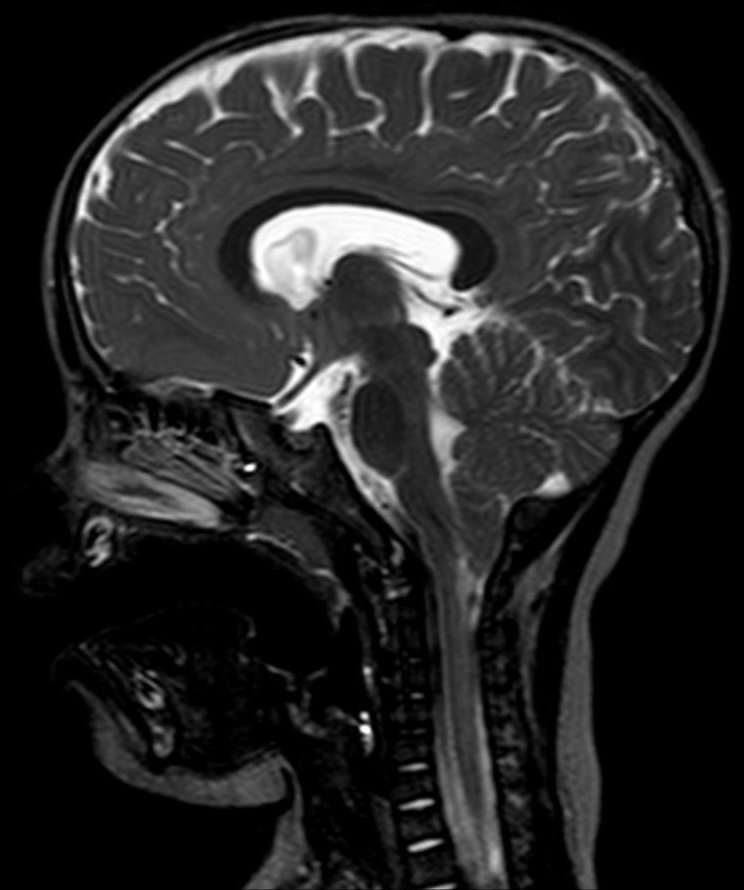 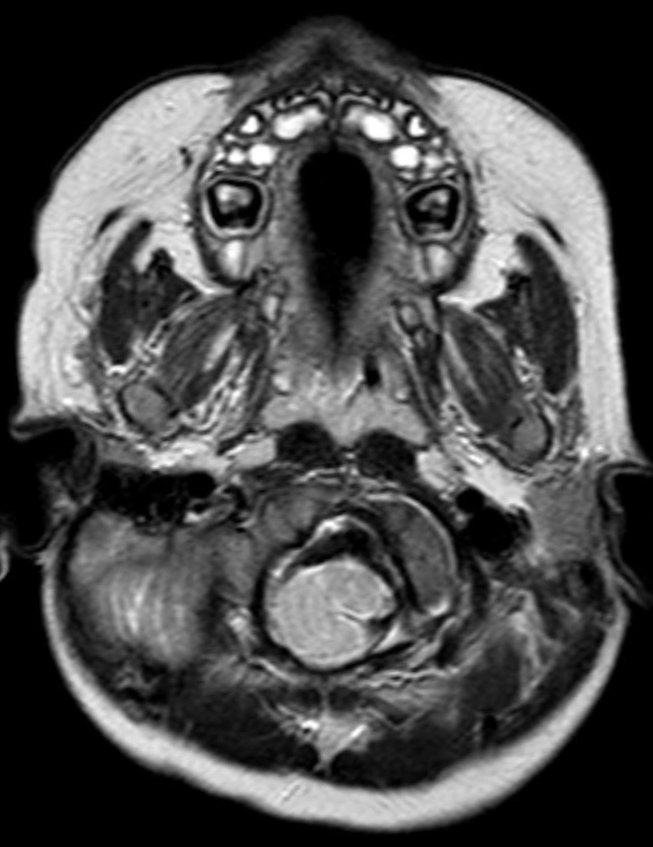 Chiari I malformation is the most common variant of the Chiari malformations and is characterized by a caudal descent of the cerebellar tonsils (and brainstem in its subtype, Chiari 1.5) through the foramen magnum. Symptoms are proportional to the degree of descent. MRI is the imaging modality of choice. Treatment with posterior decompression is usually reserved for symptomatic patients or those with a syrinx.

Chiari I malformations are more frequently encountered in females .

If present, symptoms may include a headache and those associated with brainstem compression, syringomyelia, or scoliosis.

The likelihood of becoming symptomatic is proportional to the degree of descent of the tonsils. In one study, all patients with greater than 12 mm of descent were symptomatic, whereas approximately 30% of those whose descent measured between 5 and 10 mm remained asymptomatic .

The Chiari I malformation is characterized by an inferior position of the cerebellar tonsils relative to the foramen magnum. This is believed to be due to a mismatch between the size and content of the posterior fossa.

Four groups of Chiari I patients can be distinguished, according to different pathogeneses :

Chiari I malformations need to be distinguished from low-lying tonsils (benign tonsillar ectopia) which is an asymptomatic and incidental finding in normal individuals, whereby the tonsils protrude through the foramen magnum by no more than 3-5 mm .

The terminology of caudally displaced tonsils is discussed in the article on cerebellar tonsillar ectopia.

Although Chiari I malformations are often isolated abnormalities, the following findings may be seen in association:

Although historically visible on myelography, cross-sectional imaging (especially MRI) is needed to diagnose accurately and assess for Chiari I malformations. In either case, the diagnosis is made by measuring the cerebellar tonsillar position (TP).

With modern volumetric scanning and high quality sagittal reformats relatively good views of the foramen magnum and tonsils can be achieved although the intrinsic lack of contrast (compared to MRI) makes accurate assessment difficult. More frequently the diagnosis is suspected on axial images where the medulla is embraced by the tonsils and little if any CSF is present. This is referred to as a crowded foramen magnum.

MRI is the imaging modality of choice. On sagittal imaging, the best plane for assessing for the presence of Chiari I malformations, the tonsils are pointed, rather than rounded and referred to as peg-like. The sulci are vertically oriented, forming so-called sergeant stripes. Axial images through the foramen show crowding of the medulla by the tonsils.

Spinal cord MRI should be recommended as a syrinx may be seen if progressively enlarging or associated with symptoms may be an indication for surgical intervention .

CSF flow studies may also be useful to assess the flow surrounding the cervicomedullary junction.

Importantly, features of intracranial hypertension should be sought to ensure that cerebellar tonsillar ectopia is not secondary to raised intracranial pressure (and therefore not a Chiari I malformation) .

Chiari I malformations can be divided into three stages (although not frequently used in day to day practice):

Treatment is usually reserved only for symptomatic patients or those with a syrinx. It consists of decompressing the posterior fossa, by removing part of the occipital bone, and posterior arch of C1 as well as performing a duroplasty.

Distinguishing Chiari I malformation for pseudotumor cerebri is particularly important as treatment with a posterior fossa decompression can result in poor outcomes . Examination for features of intracranial hypertension is therefore crucial.