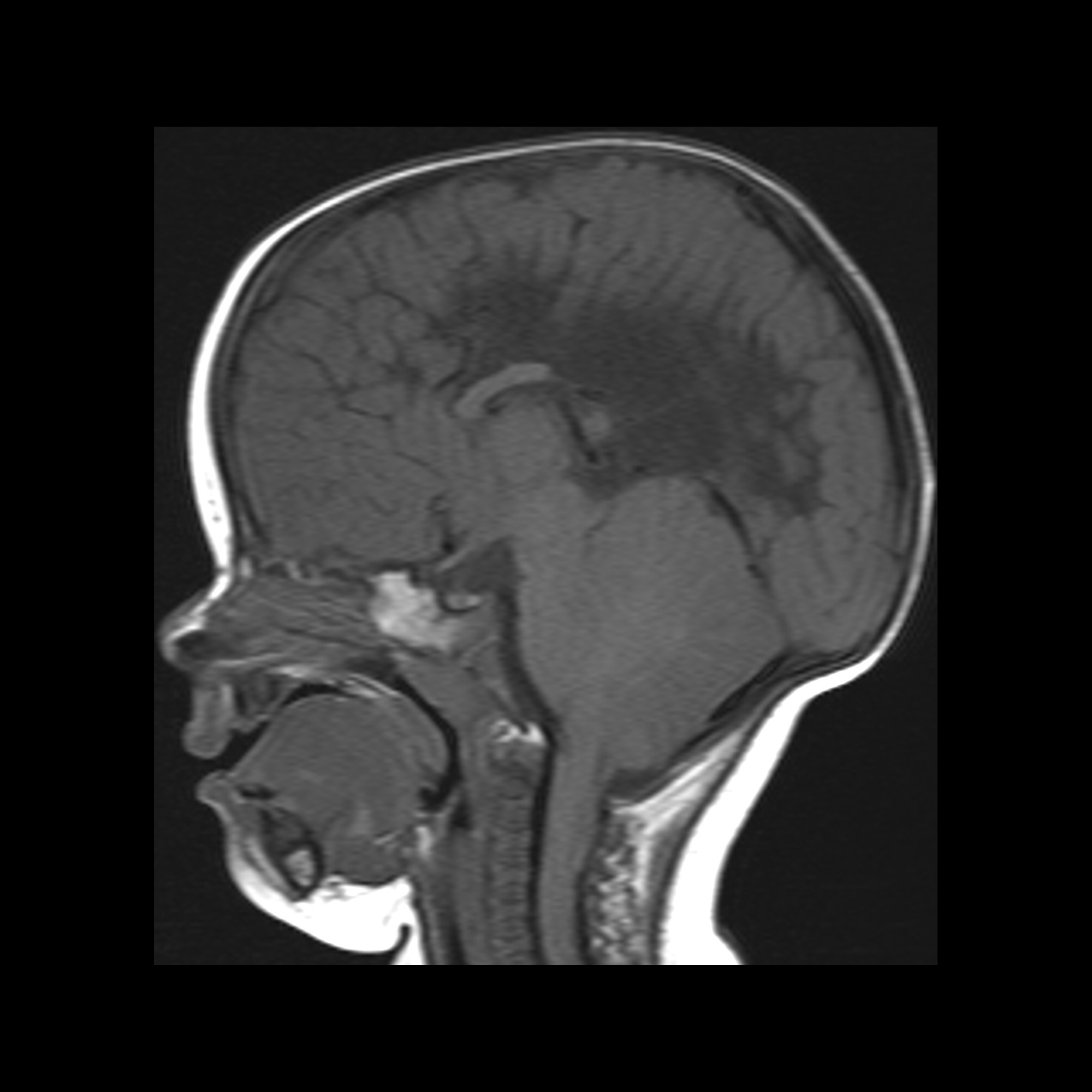 Infant status
post myelomeningocele repair. Sagittal T1 MRI without contrast of the brain shows a small posterior fossa with downward cerebellar tonsil herniation and a small fourth ventricle. There is kinking of the spinal cord at the cervico-medullary junction. There is also agenesis of the body and rostrum of the corpus callosum.The diagnosis was Chiari II malformation and agenesis of the corpus callosum.
pediatricimaging.org • CC-by-nc-sa 4.0 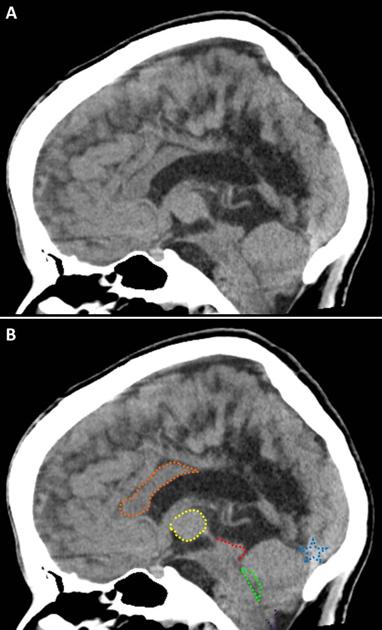 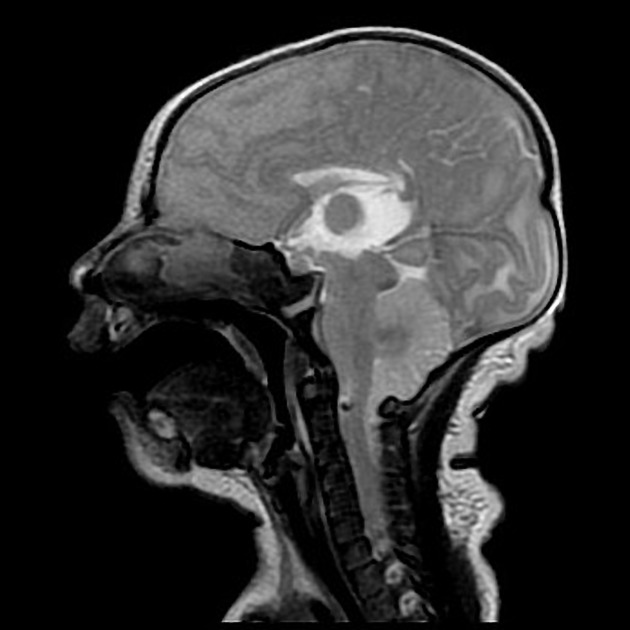 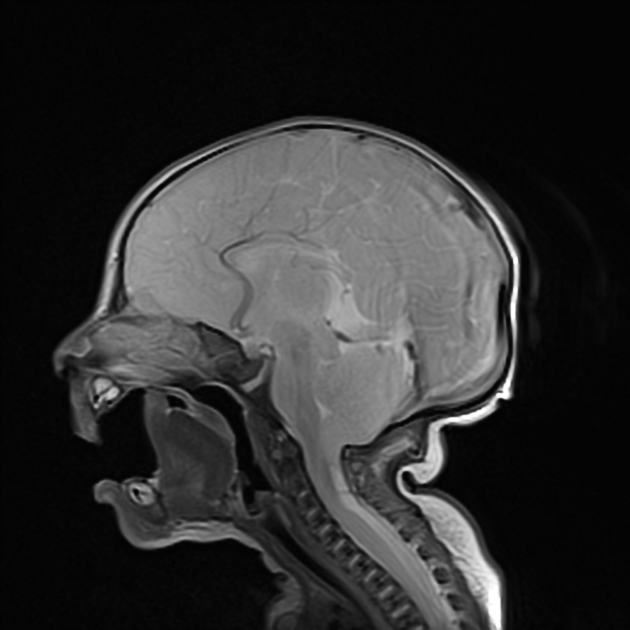 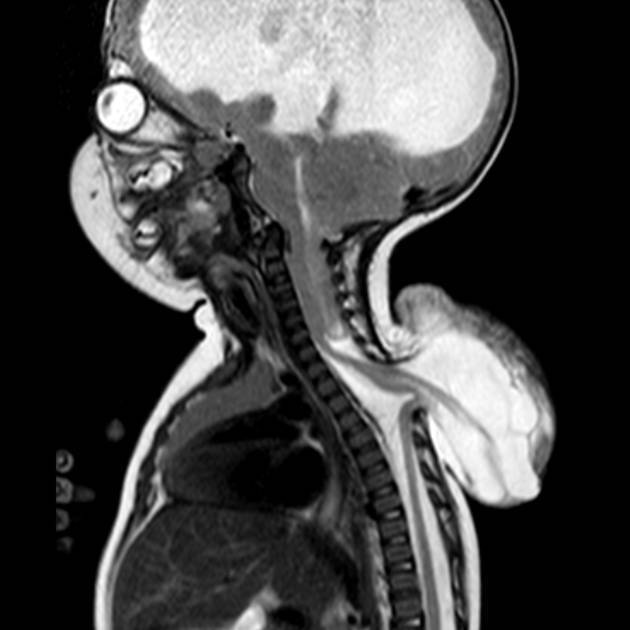 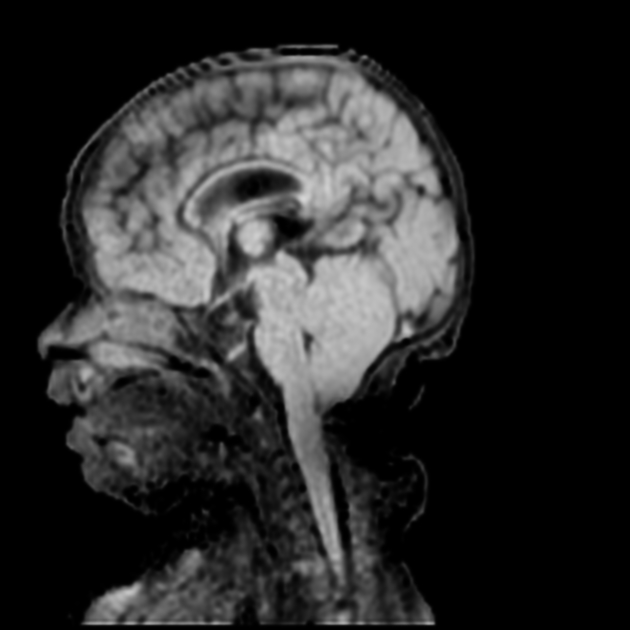 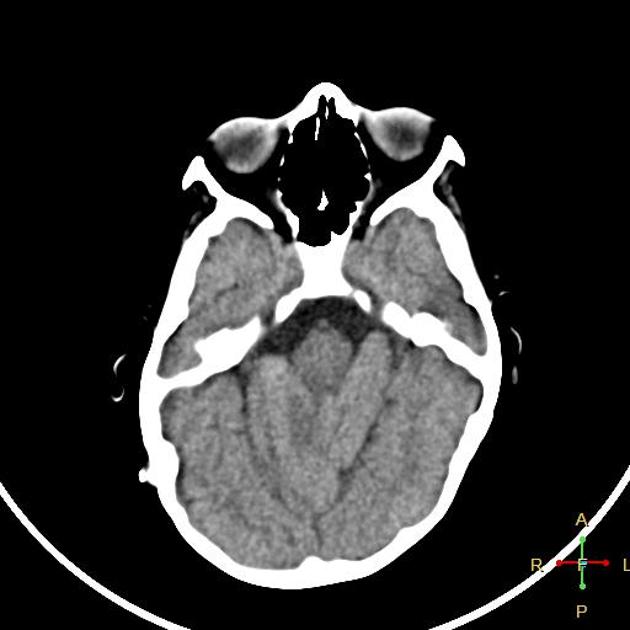 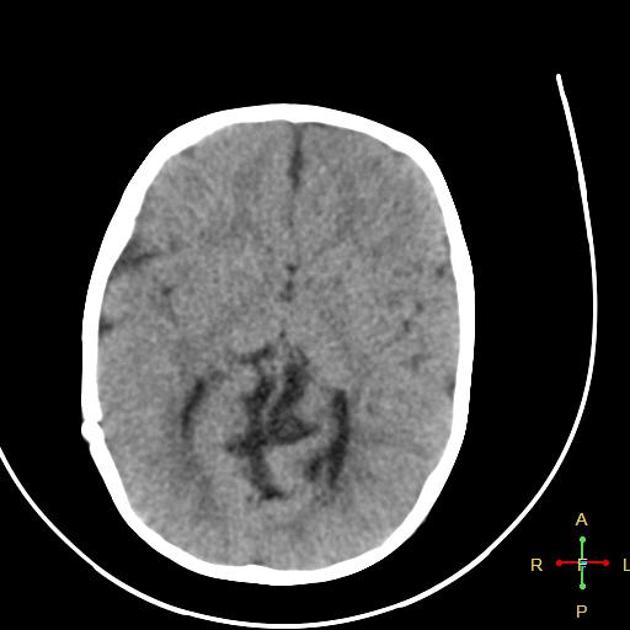 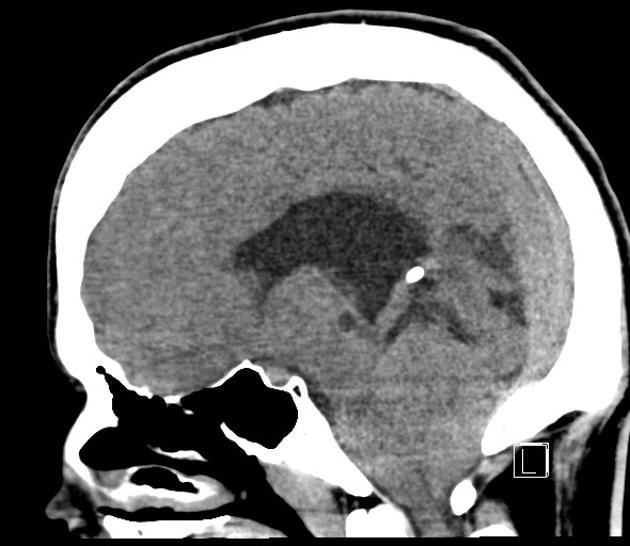 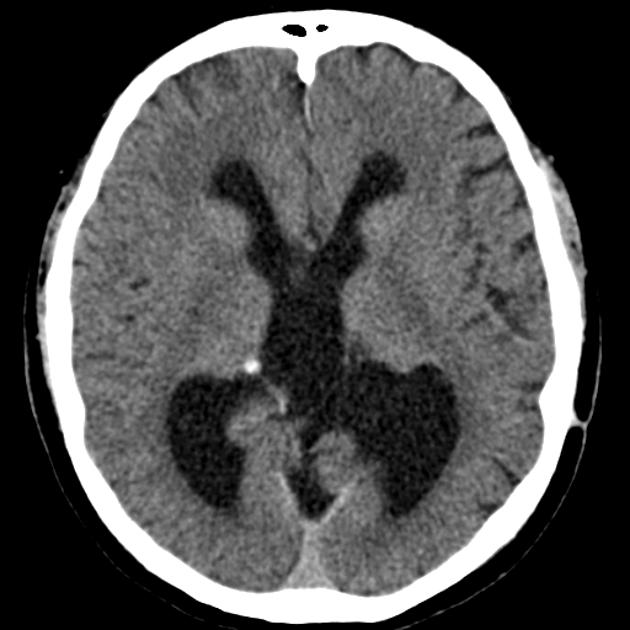 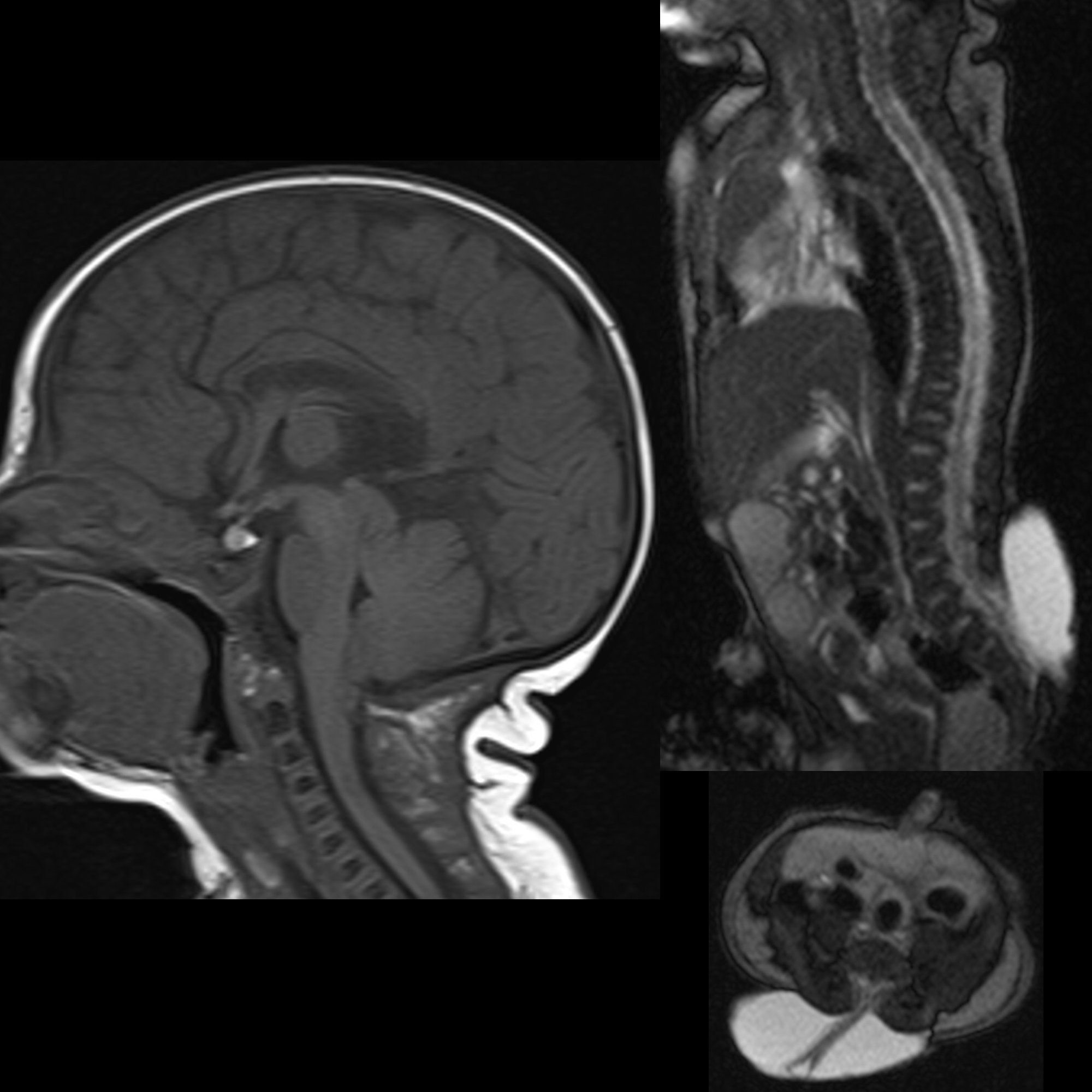 Newborn with
a myelomeningocele. Sagittal T1 MRI without contrast of the brain (left) shows a small posterior fossa with downward cerebellar tonsil herniation and a small fourth ventricle. There is kinking of the spinal cord at the cervico-medullary junction. Sagittal (above right) and axial (below right) T2 MRI without contrast of the spine shows a low-lying conus medullaris with the spinal cord nerve roots terminating in a posteriorly located cerebrospinal fluid filled sac which is not covered by skin at the level of the L5-S1 vertebral bodies.The diagnosis was Chiari II malformation with a myelomeningocele.
pediatricimaging.org • CC-by-nc-sa 4.0 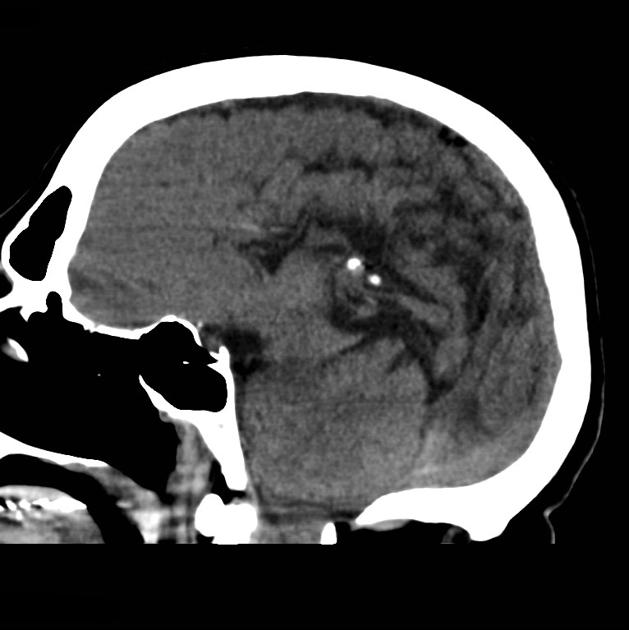 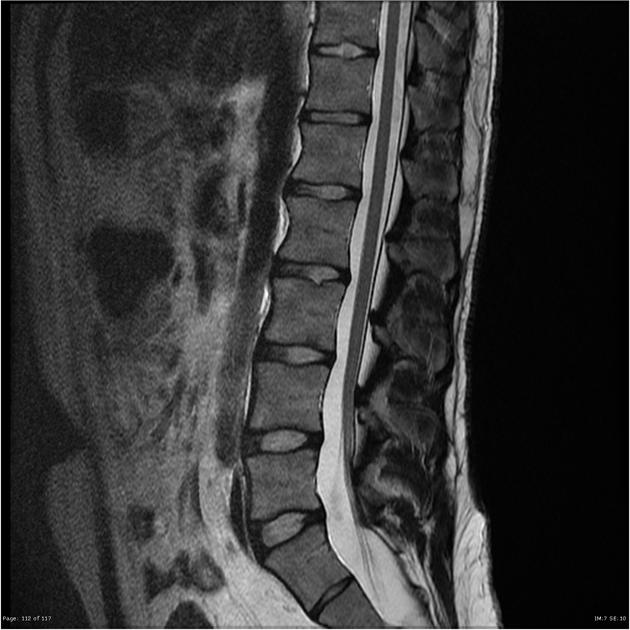 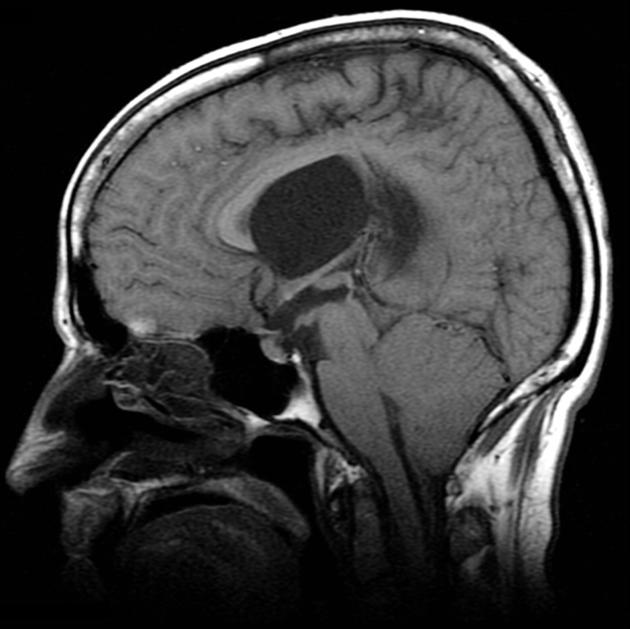 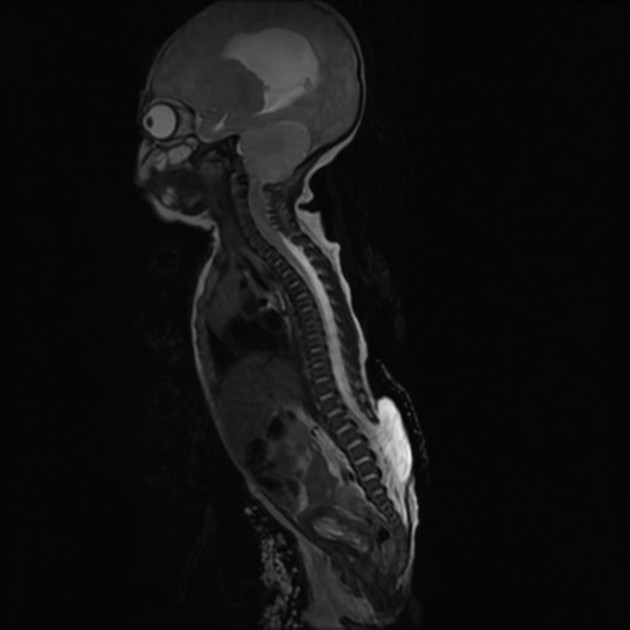 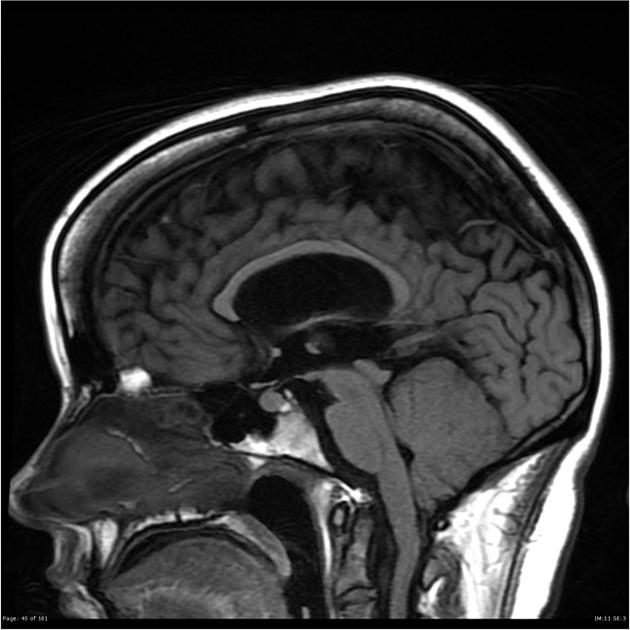 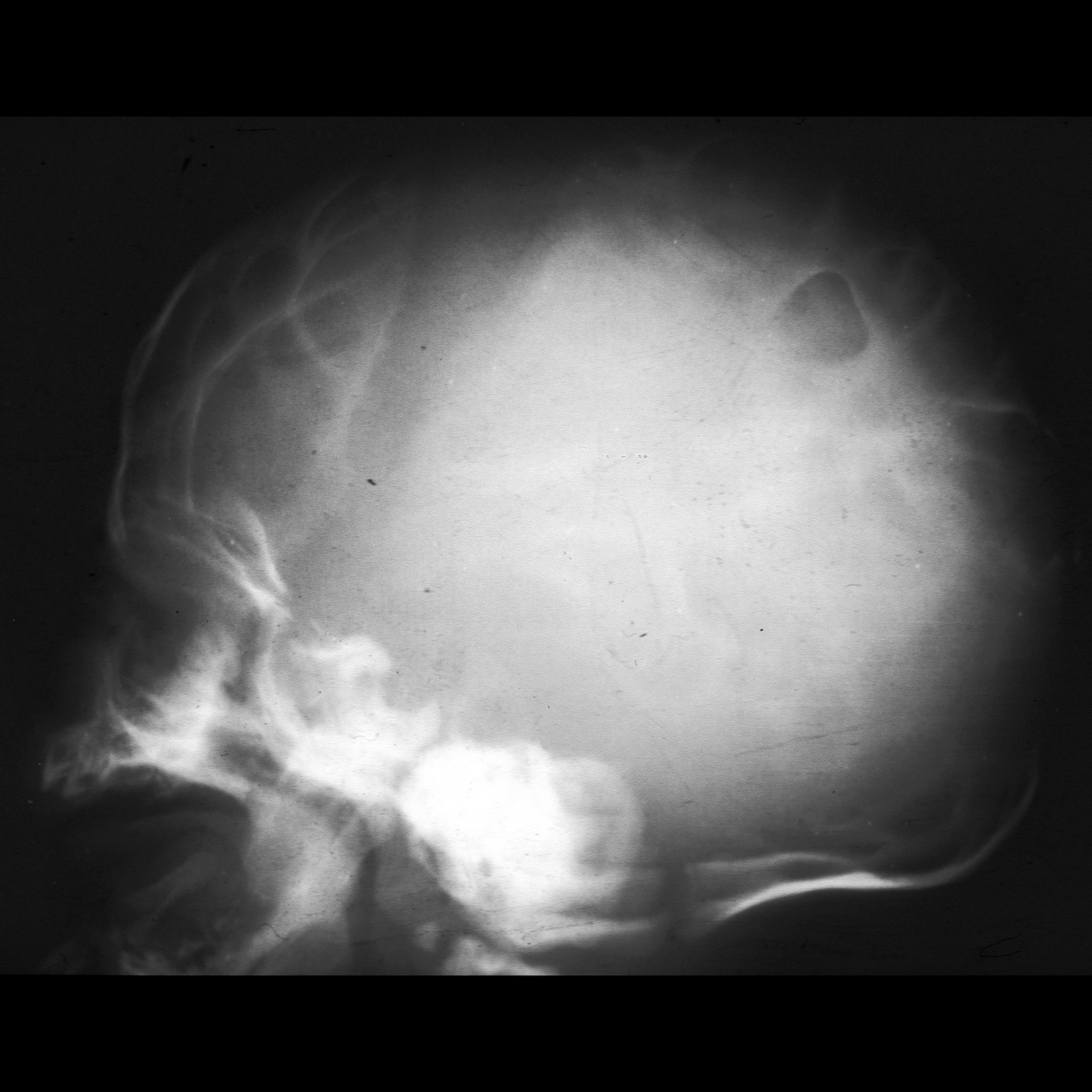 Newborn with
a lumbar myelomeningocele. Lateral radiograph of the skull shows a disordered arrangement of the inner table of the skull.The diagnosis was lacunar skull in a patient with a Chiari II malformation.
pediatricimaging.org • CC-by-nc-sa 4.0 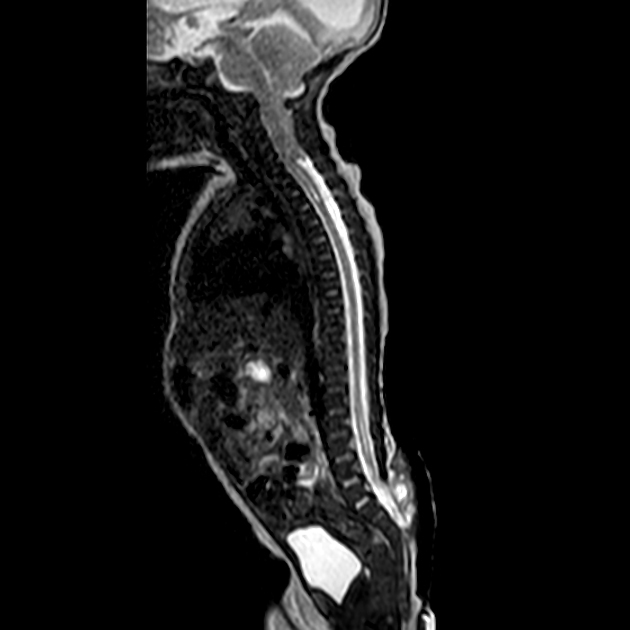 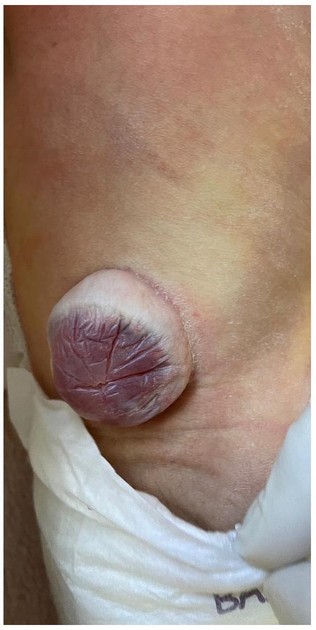 Chiari II malformations are relatively common congenital malformation of the spine and posterior fossa characterized by myelomeningocele (lumbosacral spina bifida aperta) and a small posterior fossa with descent of the brainstem and cerebellar tonsils and vermis. Numerous associated abnormalities are also frequently encountered.

Chiari II malformations are often thought of as a more severe form of the more common Chiari I malformation. However, it is now understood that these entities are the endpoints of distinct disease processes with some overlapping imaging findings. Chiari III and IV malformations are discussed in their respective articles.

Given the wide range of anatomical severity, as well as a large number of associated abnormalities that are sometimes encountered, it should be no surprise that the clinical presentation of patients with Chiari II malformations is also varied both in character and severity. The presentation can be divided according to the age of the individual (although most will have lifelong sequelae) as follows :

While Chiari I malformation is thought to result from a small posterior fossa, Chiari II occurs due to in utero malformation of the spine and cranial structures resulting in a characteristic displacement of the medulla, fourth ventricle, and cerebellum through the foramen magnum.

As almost all neonatal patients with Chari II have myelomeningocele, it has been suggested that the underlying etiology is that of in utero CSF leak due to open spinal dysraphism. Older patients with Chiari II without myelomeningocele are thought to have had either a smaller neural tube defect or subsequent closure of the defect in utero.

Classical signs described on ultrasound include

There may also be evidence of fetal ventriculomegaly due to obstructive effects as a result of downward cerebellar herniation. Additionally, many of the associated malformations (e.g. corpus callosal dysgenesis) may be identified.

MRI is the modality of choice for detecting and characterizing the full constellation of findings associated with Chiari II malformations. The key features are discussed below, whereas the wide range of associated abnormalities (see above) are discussed separately.

Treatment of patients with Chiari II malformation is complex due to the variable form and severity of malformations:

The differential is predominantly one of definition, and the term Chiari type II is often inappropriately used to designate a variety of malformations. Provided both myelomeningocele and brainstem descent are present, the diagnosis is usually straightforward :