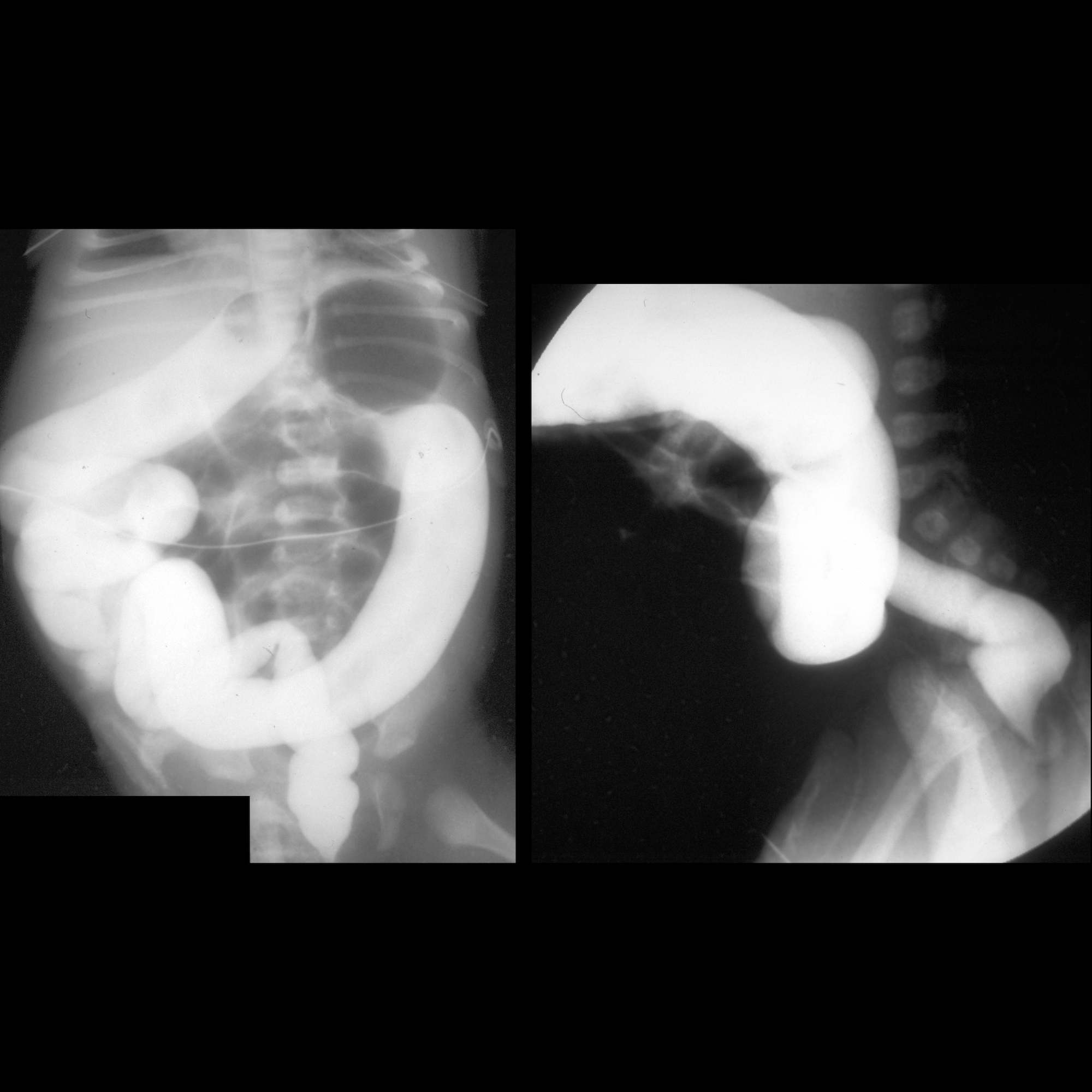 Newborn with
failure to pass meconiumAP and lateral views from an enema shows the rectum and sigmoid colon to be smaller in diameter than the rest of the colon.The diagnosis was Hirschsprung disease.
pediatricimaging.org • CC-by-nc-sa 4.0 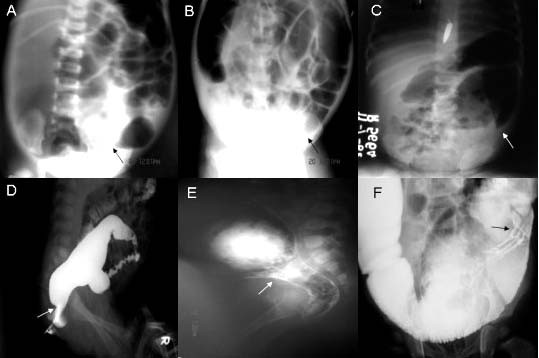 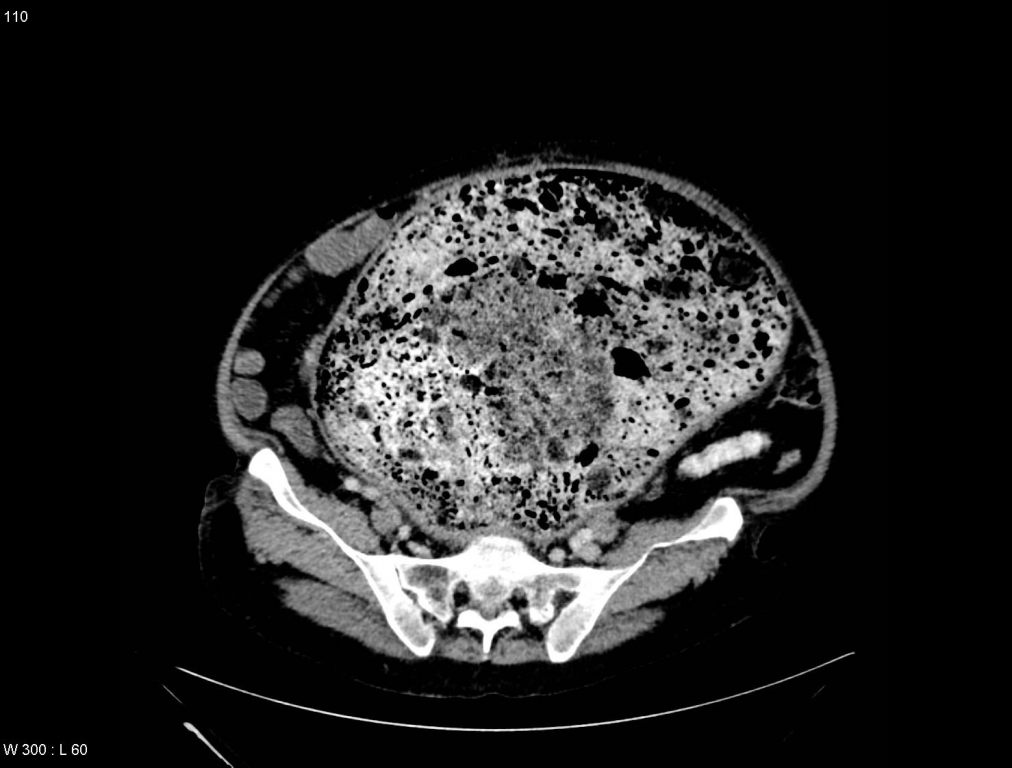 Hirschsprung disease is the most common cause of neonatal colonic obstruction (15-20%). It is commonly characterized by a short segment of colonic aganglionosis affecting term neonates, especially boys.

Hirschsprung disease affects approximately 1:5000-8000 live births. In short segment disease, there is a significant predilection for males (M:F of ~3.5:1), which reduces with increasing length of involvement . Interestingly, it is almost never seen in premature infants.

In cases of delayed presentation with anorectal constipation, manometry may be useful in distinguishing short/ultrashort segment Hirschsprung disease from other causes .

Hirschsprung disease is characterized by aganglionosis (absence of ganglion cells) in the distal colon and rectum. It is thought to either occur from a failure of neuroblasts in neural crest cells to migrate into bowel segments or degeneration of already migrated neuroblasts. It affects cells both in the myenteric and submucosal plexuses . Hence, functional obstruction develops as a result of a spasm in the denervated colon.

It can be anatomically divided into four types according to the length of the aganglionic segment:

It is postulated that hypoganglionosis (reduced number of ganglion cells) handles intestinal pseudo-obstruction .

Although Hirschsprung is an isolated abnormality in 70% of cases, there are some well-documented associations, including :

Findings are primarily those of a bowel obstruction. The affected bowel is of smaller caliber and thus depending on the length of segment affected variable amounts of colonic distension are present.

In protracted cases, marked dilatation can develop, which may progress to enterocolitis and perforation.

A carefully performed contrast enema is indispensable in both the diagnosis of Hirschsprung disease and in assessing the length of bowel involvement. No bowel preperation is needed prior to contrast enema. Barium suspension is made with normal saline to avoid fluid absorption by large surface area of dilated colon. It should be noted, however, that the depicted transition zone on the contrast enema is not accurate at determining the transition between absent and present ganglion cells.

The affected segment is of small caliber with proximal dilatation. Fasciculation/saw-tooth irregularity of the aganglionic segment is frequently seen. Additionally, delayed evacuation of the administered contrast medium.

Views of particular importance include:

Surgical treatment is by removal of the affected portion of the colon. Where this is successful, the prognosis is good. However, in 3-4% of cases, colonic perforation complicates presentation and this and its sequelae significantly increase both mortality and morbidity. Mortality rates can be as high as 30% due to enterocolitis.