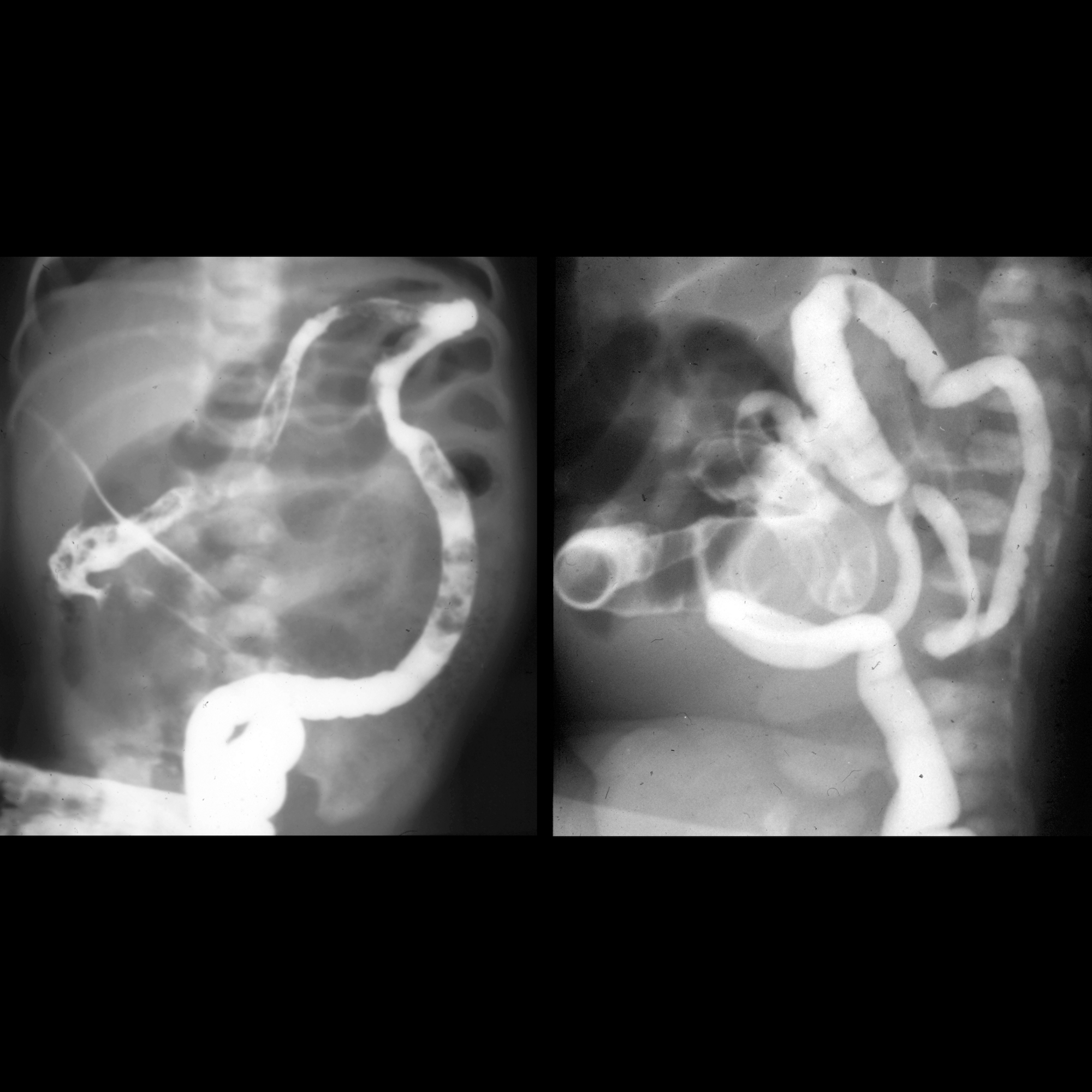 Newborn with
failure to pass meconiumEnema shows on the early AP view (left) a microcolon and on the later lateral view (right) reflux of contrast into a dilated terminal ileum.The diagnosis was uncomplicated meconium ileus.
pediatricimaging.org • CC-by-nc-sa 4.0 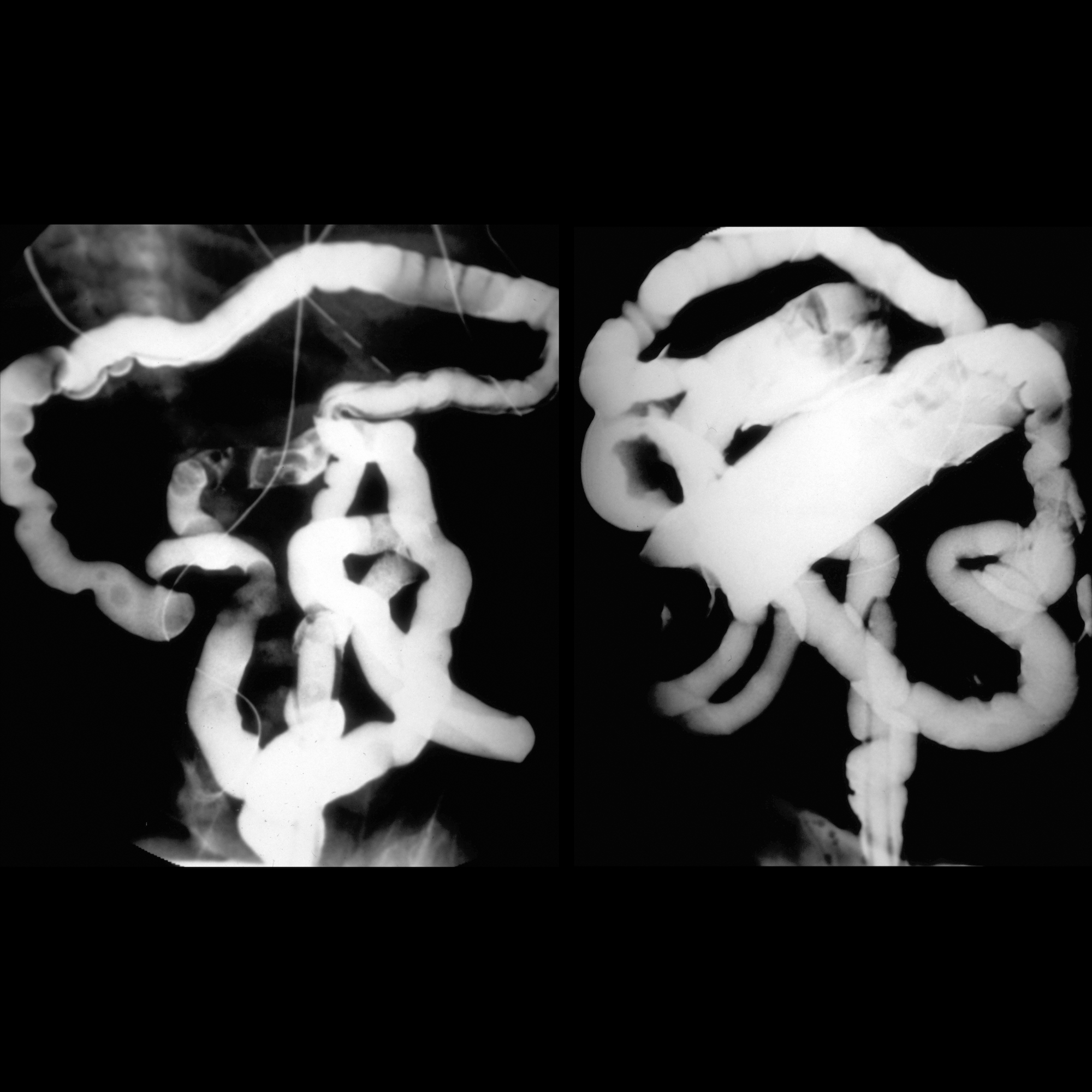 Newborn with
failure to pass meconiumEarly (left) image from a water-soluble contrast enema shows a microcolon and reflux of contrast into a non-dilated terminal ileum. Later (right) image from the same enema shows reflux of contrast into dilated loops of ileum, which are above the level of the obstruction by meconium in the terminal ileum.The diagnosis was uncomplicated meconium ileus.
pediatricimaging.org • CC-by-nc-sa 4.0
Hallo!
Radiopaedia • CC-by-nc-sa 3.0 • de

Meconium ileus refers to a neonatal bowel obstruction of the distal ileum due to abnormally thick and impacted meconium. Unlike in the meconium plug syndrome, the meconium is abnormal in consistency.

Meconium found in the intestine of a neonate consists of succus entericus (bile salts, bile acids, and debris from the intestinal mucosa) and is normally evacuated within 6 hours of birth (or earlier).

Although it is usually understood as synonymous with cystic fibrosis until proven otherwise, it may also be seen with pancreatic atresia or stenosis of the pancreatic duct.

Only rarely does it occur without cystic fibrosis or pancreatic abnormality, and is thought to be related to gut immaturity (more favorable outcome).

Non-specific and may show dilated bowel loops proximal to the impaction. Classically, there is a paucity or absence of air-fluid levels and a "bubbly" appearance of the distended intestinal loops on radiographs. Occasionally, has a mottled appearance on radiographs during the first 2 days of life.

Contrast enema will show a microcolon involving the entire large bowel and may show impacted meconium pellets filling defects, particularly in the right colon or in the distal ileum.

Water-soluble contrast enema usually clears the impacted meconium, with a success rate of over 60%.