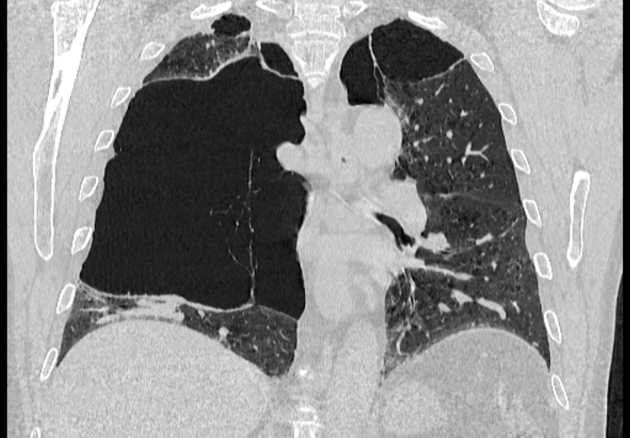 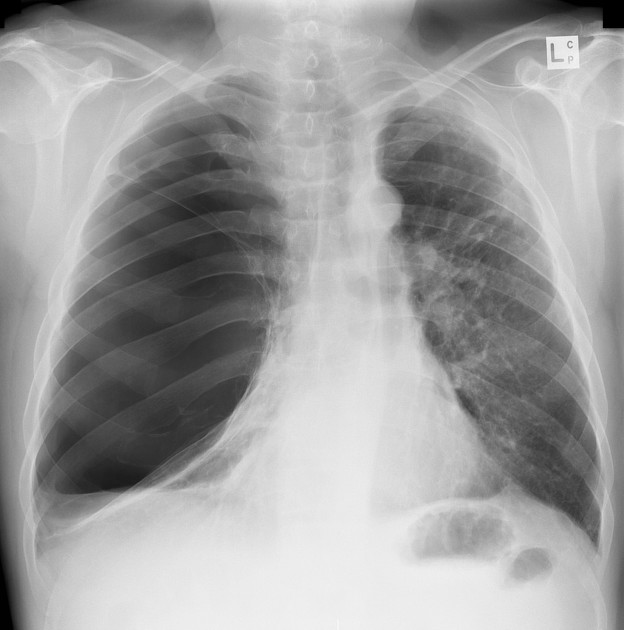 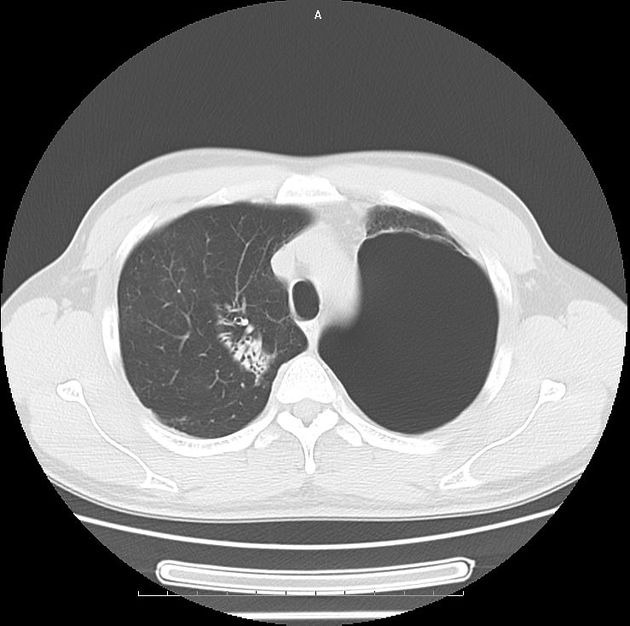 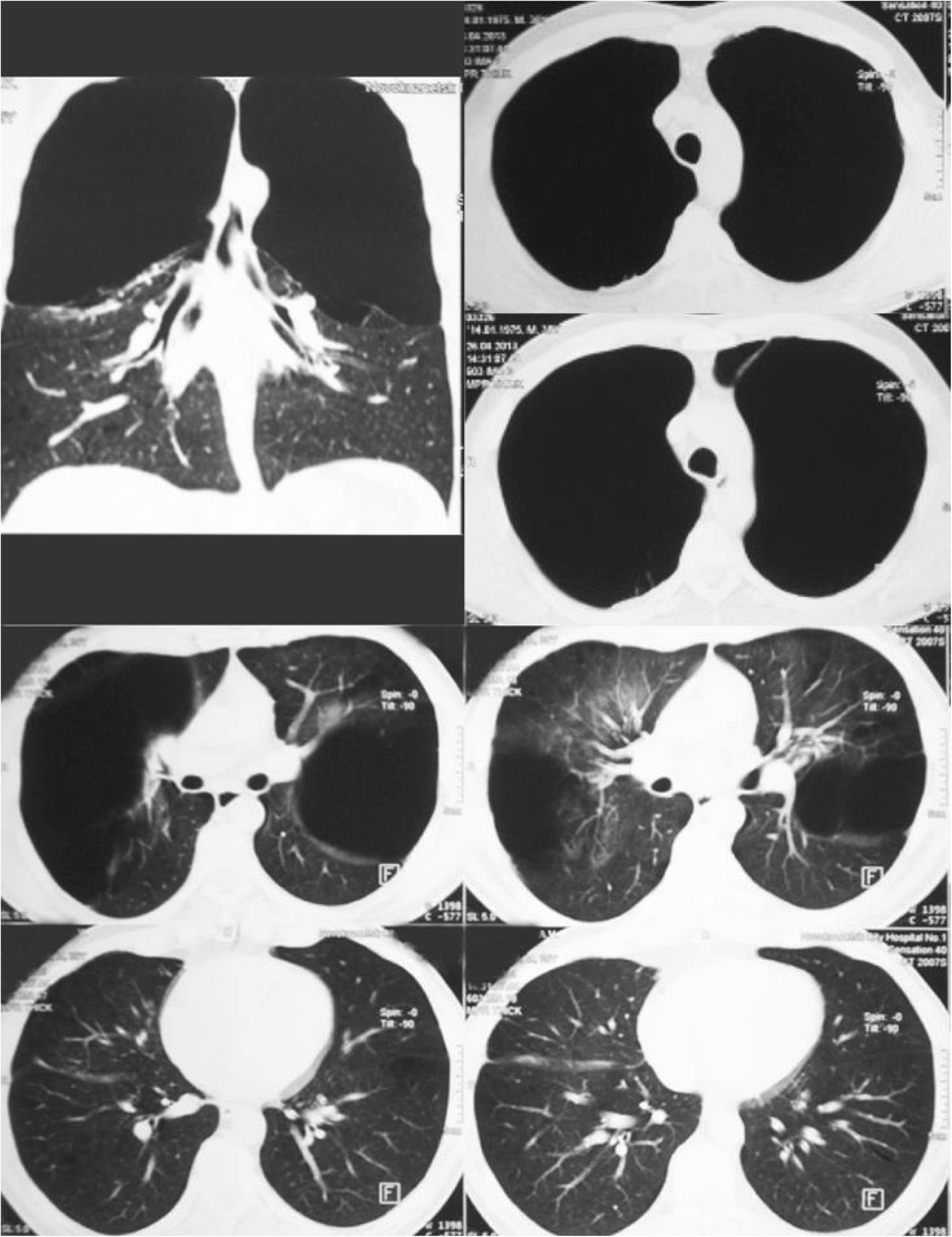 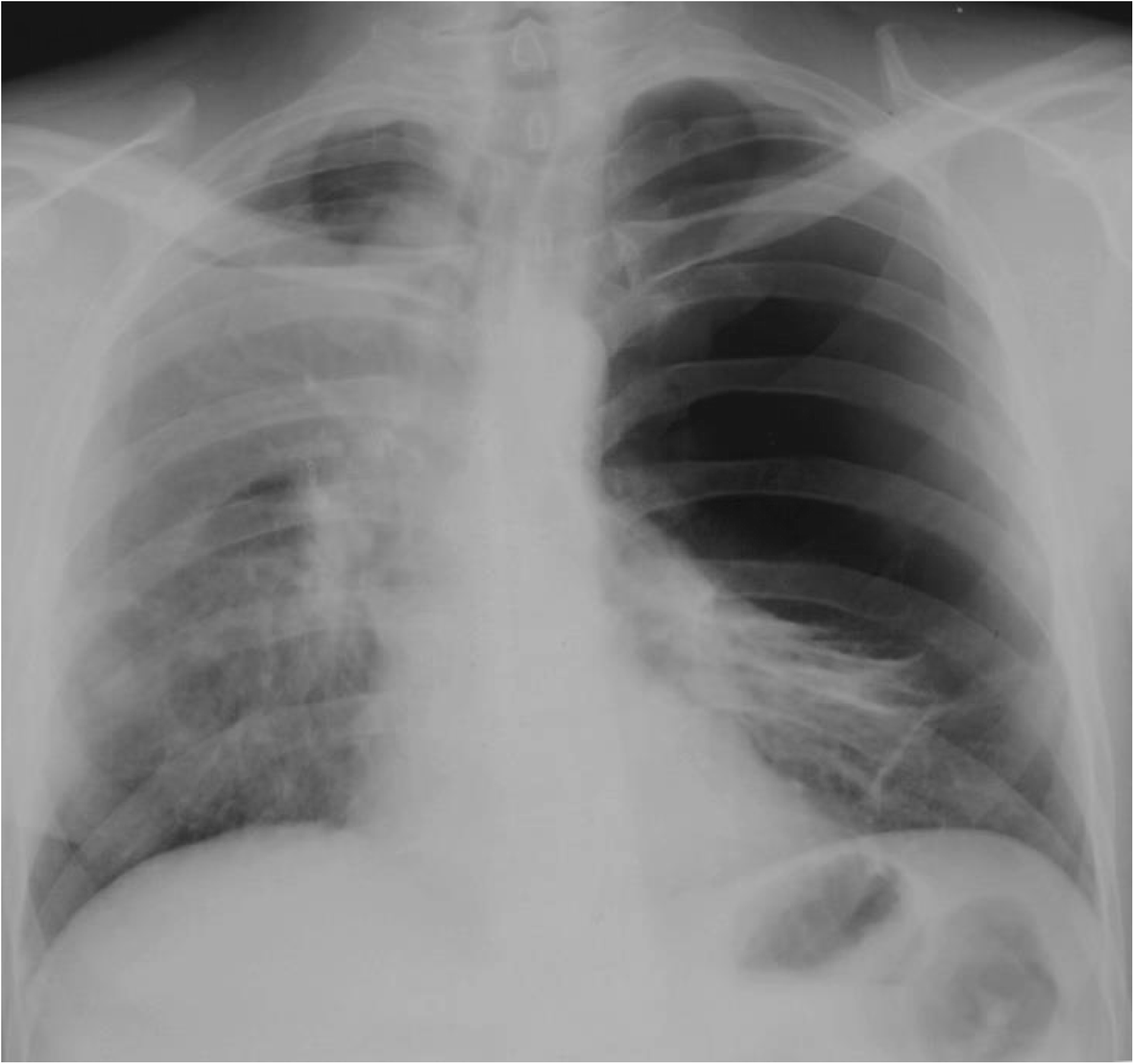 Surgical
treatment of bilateral vanishing lung syndrome: a case report. Chest plain film past the first surgery. Giant bull on the right is enlarged and fills about 2/3 of hemithorax volume. Mediastinum is shifted to the right. Right lung is not extended
cardiothoracicsurgery.biomedcentral.com • CC-by-4.0 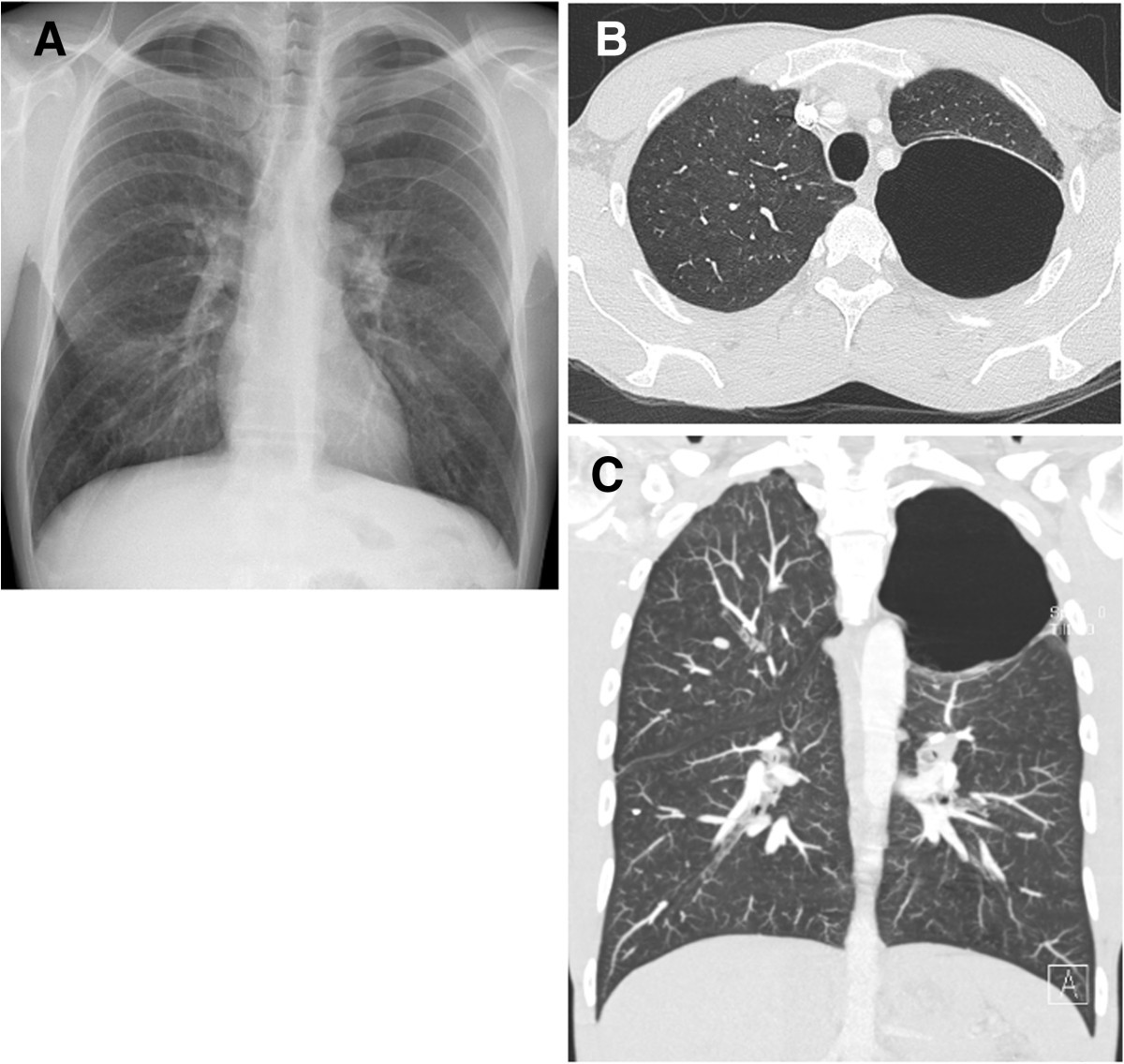 Idiopathic giant bullous emphysema, also known as vanishing lung syndrome (VLS), is characterized by giant emphysematous bullae, which commonly develop in the upper lobes and occupy at least one-third of a hemithorax. It is a progressive condition that is also associated with several forms of emphysema.

The condition has been associated with:

Affected patients may be asymptomatic or experience hypoxia, severe dyspnea and/or chest pain.

The bullae commonly involve the upper lobes with an asymmetric distribution and paraseptal location.

Plain radiographic features can be non-specific:

High-resolution chest CT is used to assess the extent of disease and determine
suitability for lung volume reduction surgery. Features on CT include:

The condition tends to be progressive. Criteria for bullectomy include large bullae with significant symptoms (reduced lung function or infection).

In 1937, Burke described a case of “vanishing lungs” in a 35-year-old man who had progressive dyspnea, respiratory failure, and radiographic and pathologic findings of giant bullae that occupied two-thirds of both hemithoraces.