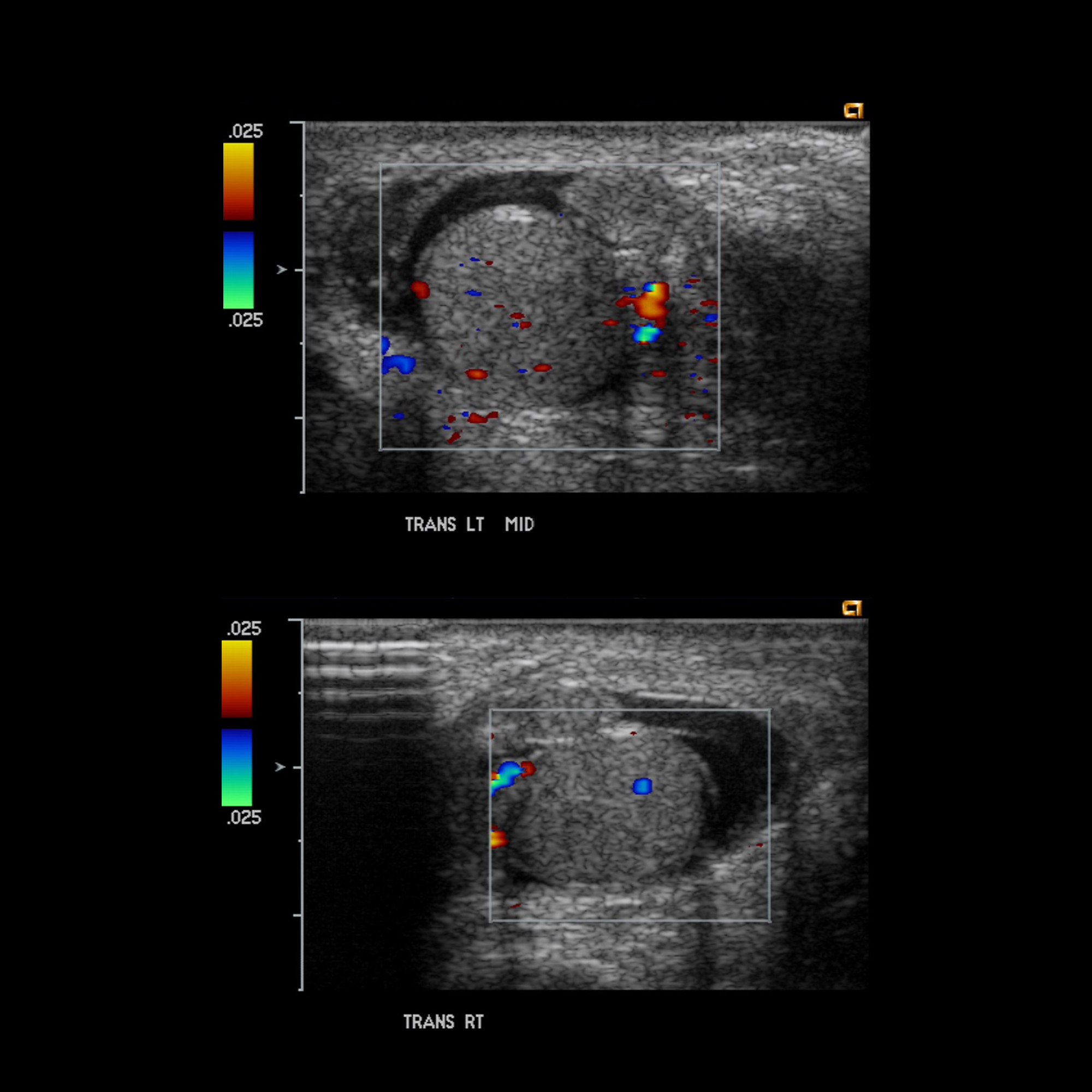 School ager
with bilateral scrotal pain and a skin rash. Transverse color doppler US of the scrotum shows enlargement and hypervascularity of the bilateral crescent shaped epididymides when compared to their respective round testicles, to which they are lateral in position.The diagnosis was bilateral epididymitis in a patient with Henoch-Schonlein Purpura
pediatricimaging.org • CC-by-nc-sa 4.0 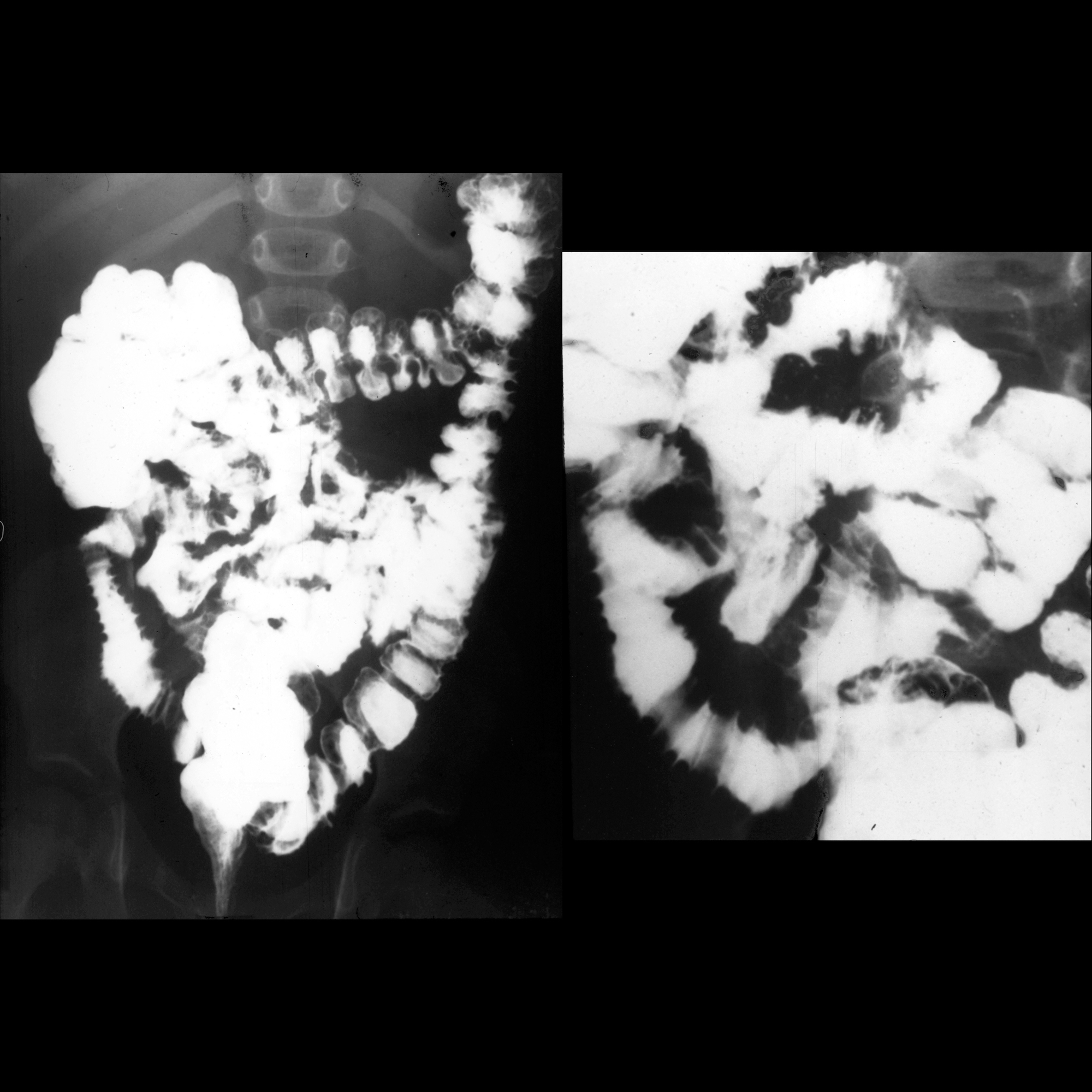 Preschooler
with a purpuric skin rash and abdominal pain. AXR AP (left) and spot image of the terminal ileum (right) from a small bowel follow through show bowel wall fold thickening (thumbprinting) throughout the jejunum and ileum.The diagnosis was Henoch-Schonlein purpura.
pediatricimaging.org • CC-by-nc-sa 4.0 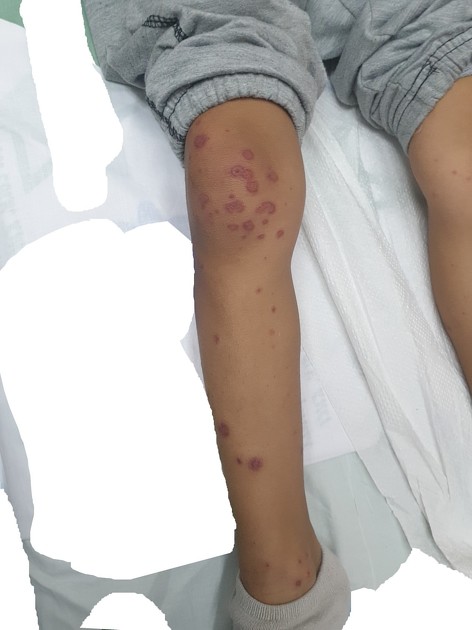 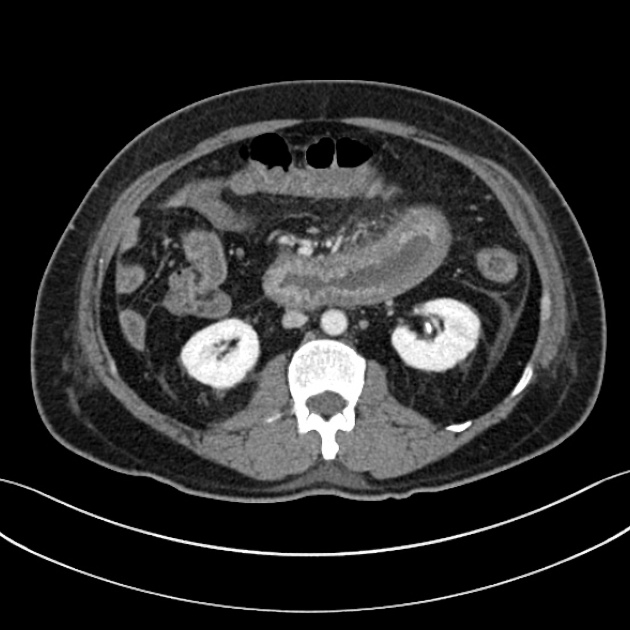 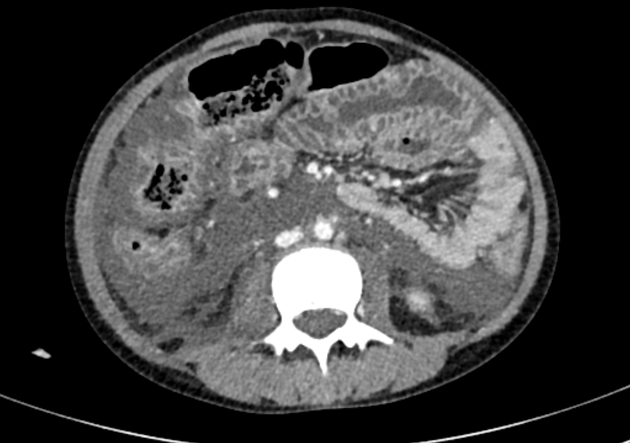 In order to differentiate from other types of vasculitides, the four commonly adopted diagnostic criteria by the American College of Rheumatology are:

It tends to occur in the pediatric population (peak incidence 3-10 years) . IgA vasculitis is the most common type of vasculitis in children .

There is the deposition of IgA immune complexes in small vessels.

Commonest organ systems which get involved are:

May show multifocal bowel thickening, lymphadenopathy, mesenteric edema and vascular engorgement. Although non-specific, CT findings may aid in the diagnosis of IgA vasculitis in a young patient with acute gastrointestinal illness along with other, e.g. cutaneous features of IgA vasculitis. Intussusception, typically ileoileal type, is also seen.

Echogenic kidneys, target or doughnut sign in case of intussusception. IgA vasculitis has also been shown to cause massive scrotal edema and can be a source of severe pain in young boys .

The disease is self-limiting in most instances. Treatment is usually supportive including fluids and pain relief in the pediatric population. Steroids are used in adults due to the risk of serious renal involvement .

On a CT/contrast study for the bowel consider: