X-ray of a
Jones fracture of the right foot.
Wikipedia • CC BY-SA 3.0 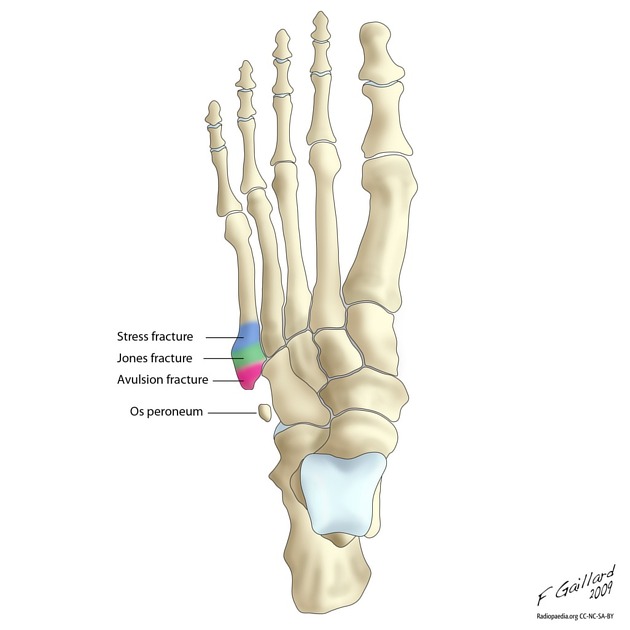 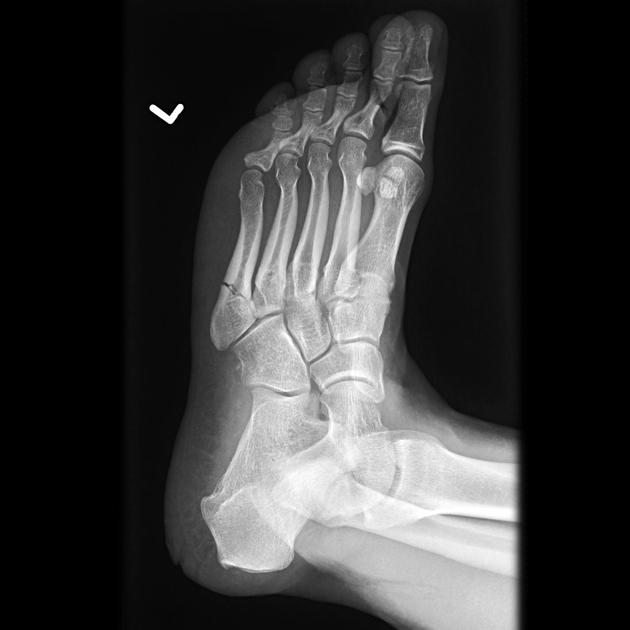 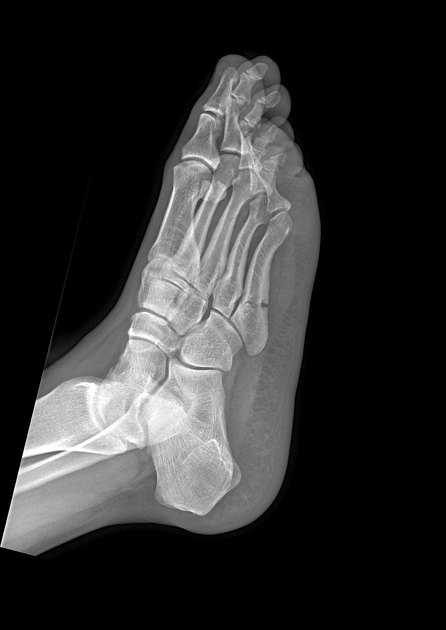 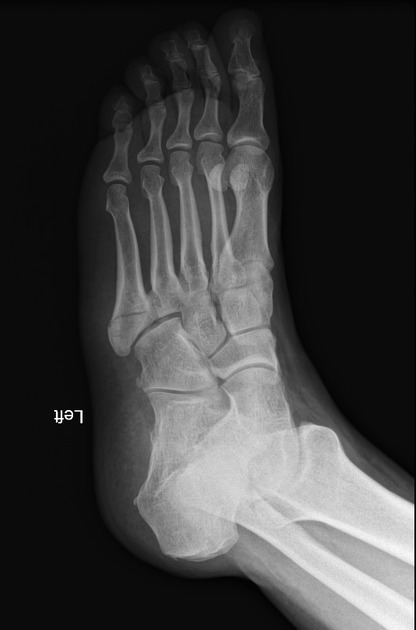 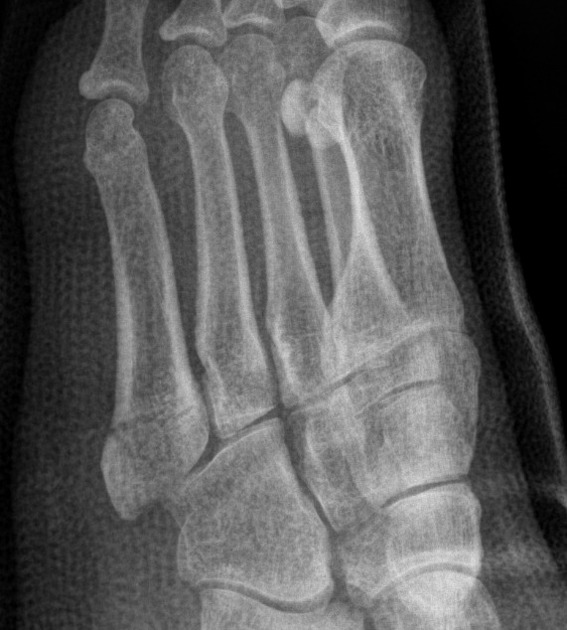 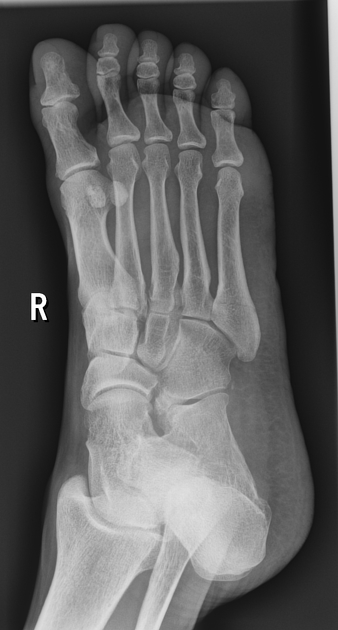 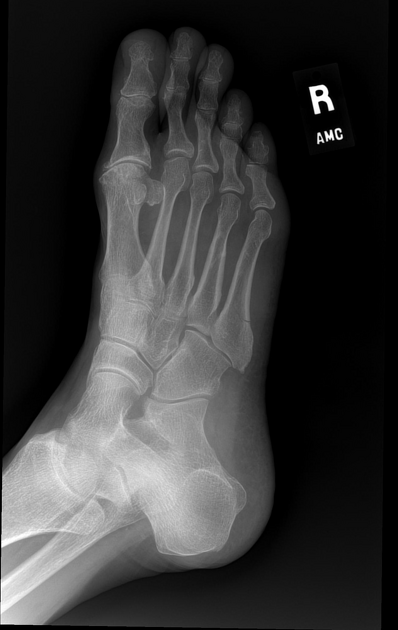 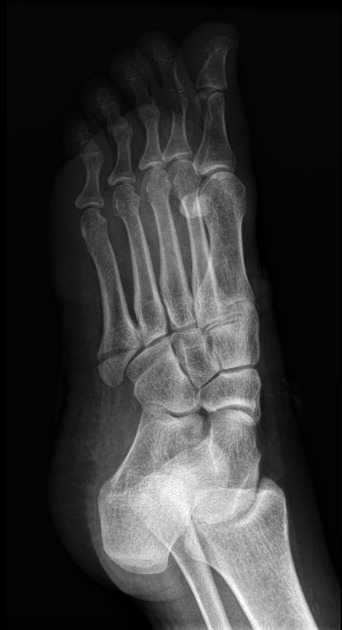 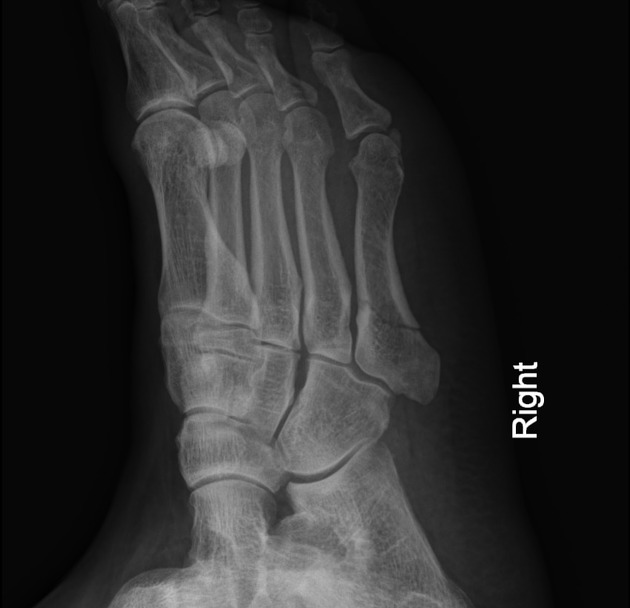 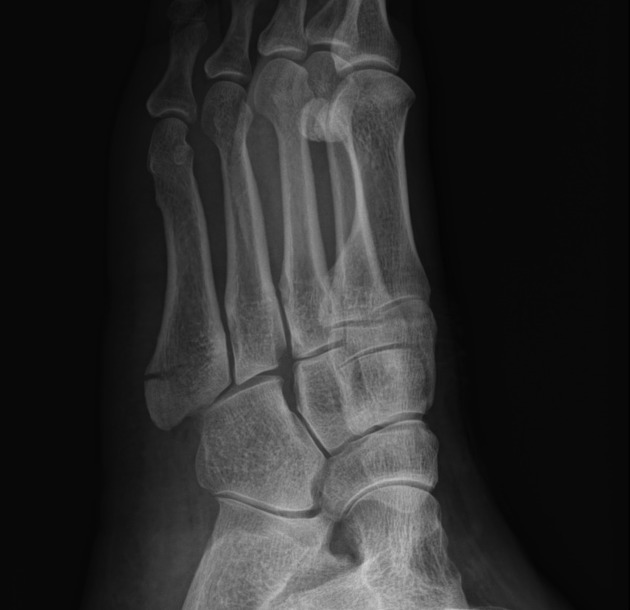 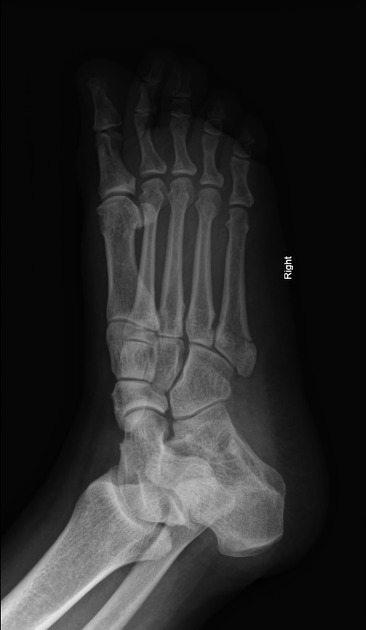 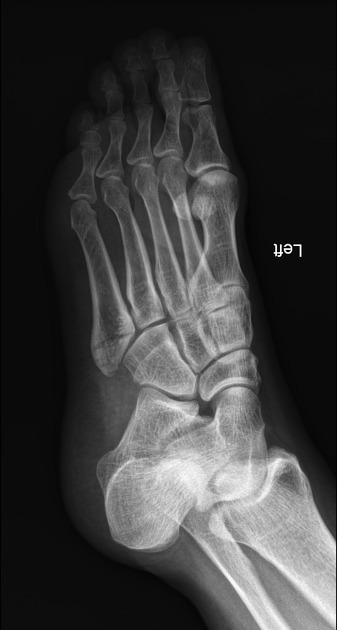 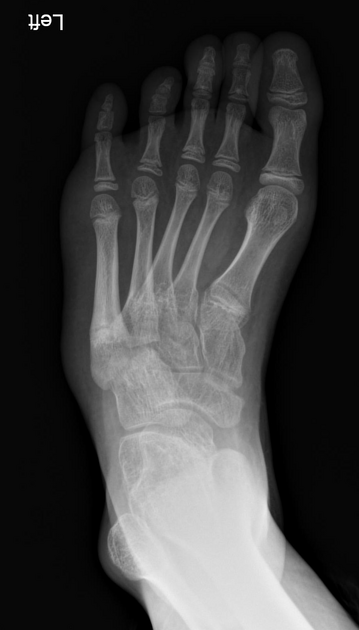 A Jones fracture is an extra-articular fracture at the base of the fifth metatarsal bone.

It is a transverse fracture at the base of the fifth metatarsal, 1.5 to 3 cm distal to the proximal tuberosity at the metadiaphyseal junction, without distal extension.

The fracture is believed to occur as a result of significant adduction force to the forefoot with the ankle in plantar flexion .

Jones fracture is located at the metadiaphyseal junction, approximately 2 cm (1.5-3 cm) from the tip of the 5 metatarsal, and has a predominantly horizontal course. It should not extend distally, nor should it extend to involve the articular surfaces.

In contrast to avulsion fractures, Jones fractures are prone to non-union (with rates as high as 30-50%) and almost always take longer than two months to heal .

As displacement of the fracture can be increased with persistent weight bearing, immobilization is important as part of the initial therapy, with a non-weight bearing cast for 6-8 weeks.

Internal fixation and even bone grafting may be required in cases of non-union, or where the fracture is significantly displaced.

A number of fractures occur at the base of the 5 metatarsal (see fractures of the proximal fifth metatarsal) as well as entities which mimic fractures. These include: