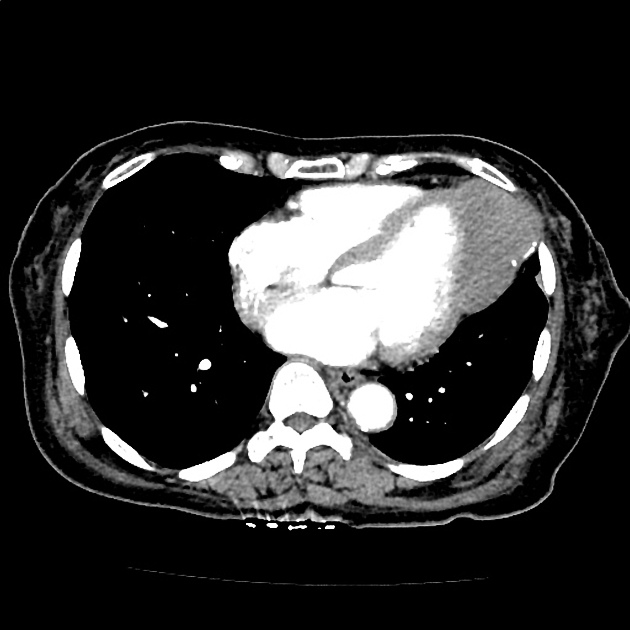 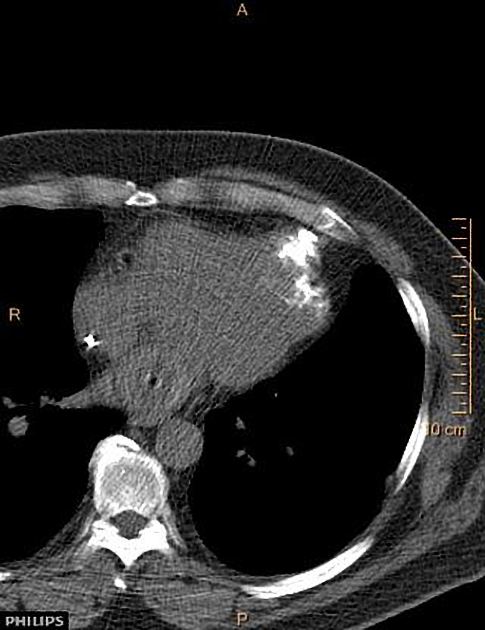 Cardiac fibromas are tumors that primarily affect children (most cases are detected in infants or in utero) with a ratio of 4:1 compared with adults . They are the second most common benign primary cardiac tumor in children after cardiac rhabdomyoma and second most frequent fetal cardiac tumor .

Cardiac fibromas are often associated with arrhythmias which can be a presenting feature. They can also cause hemodynamic compromise and congestive heart failure. These tumors also may be found incidentally in asymptomatic patients.

Cardiac fibromas represent a collection of fibroblasts interspersed among large amounts of collagen (some authors believe that this tumor is a hamartoma rather than a neoplasm).

These tumors are well-defined, solitary, intramyocardial lesions with smooth margins and usually large, with a mean diameter of ~5 cm and may obliterate the ventricular cavity.

Unlike many primary cardiac tumors, fibromas usually have no foci of cystic change, hemorrhage, or necrosis. Calcification is a common finding.

There is an increased prevalence of cardiac fibromas in Gorlin syndrome.

On CT, cardiac fibromas are homogeneous soft-tissue masses that are usually sharply marginated, but also can be infiltrative. Dystrophic calcification is seen in approximately 25% of cases . These lesions may enhance homogeneously or heterogeneously after administration of contrast.

Due to their dense, fibrous nature, the tumors are usually hypointense on T2-weighted MR images and isointense relative to muscle on T1-weighted images. They are usually homogeneous unless there are calcifications, which may be seen as patchy hypointense foci within the lesion. Because of their avascularity, they often demonstrate little or no enhancement during the early phases after administration of intravenous contrast; but may exhibit delayed hyperenhancement 7-10 minutes later since they have large extracellular space component.

These lesions may exhibit homogeneous low-grade fluorodeoxyglucose uptake equivalent to that of the mediastinal blood pool. The lack of increased uptake may be reassuring against a diagnosis of aggressive malignancy.