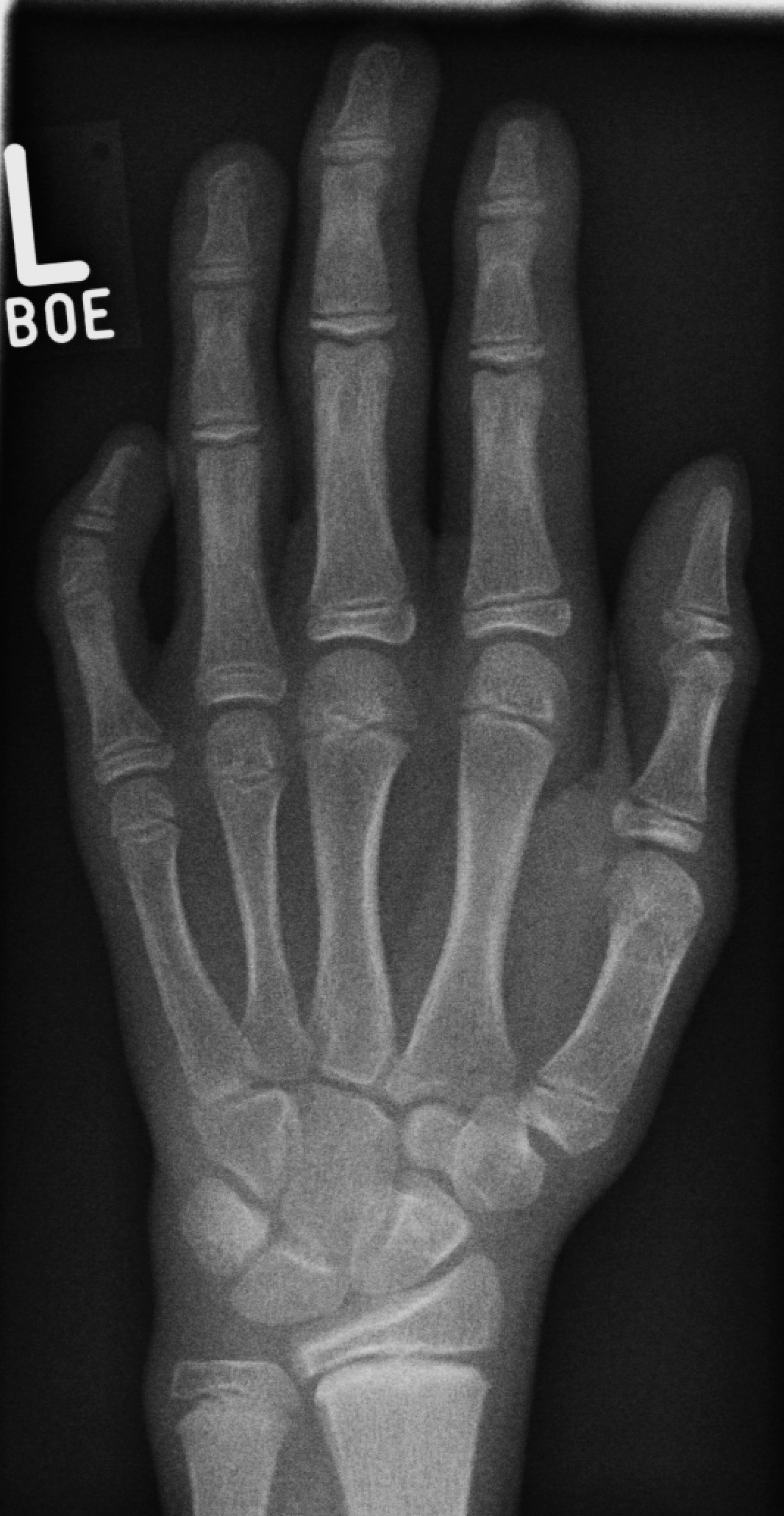 Clinodactyly is a descriptive term that refers to a radial angulation at an interphalangeal joint in the radio-ulnar or palmar planes. It typically affects the 5 finger.

The estimated incidence is highly variable dependent on sampling and has been reported to range between 1-18%.

Clinodactly can result from vast number pathologies ranging from congenital to acquired.

As well as being sporadic, it can run in families with an autosomal recessive inheritance.

Although clinodactyly is often an isolated phenomenon and can be even a normal variant, there are numerous described associations which include:

Due to its association with chromosomal anomalies, it is considered by some authorities as a "soft sign" if detected in an antenatal ultrasound scan .

If detected in isolation it carries an excellent prognosis.