An Egyptian
patient with du Pan syndrome. X-ray of both hands and feet showing severe brachydactyly and radial deviation of fingers .
Wikipedia • CC BY 2.0 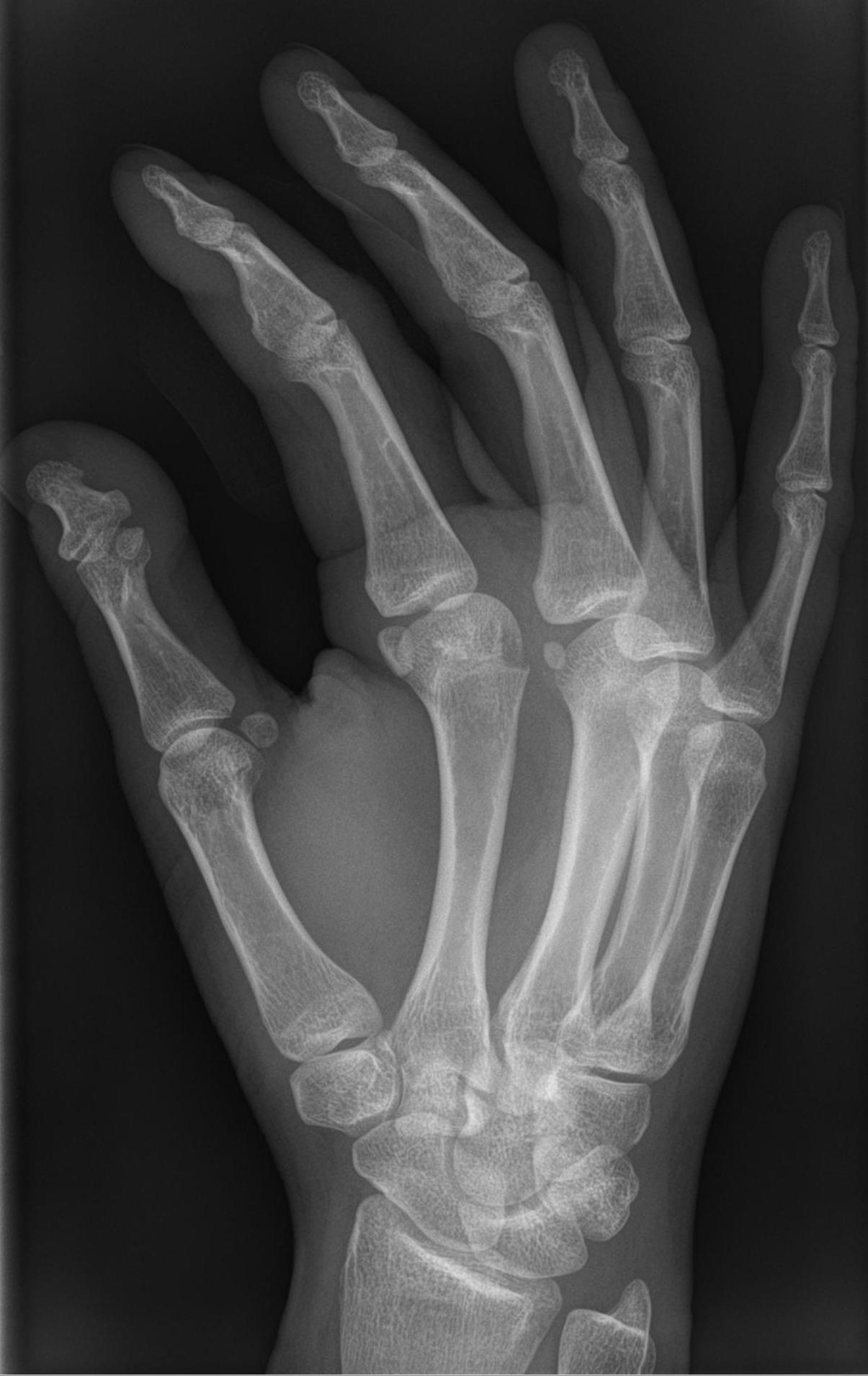 Brachydactyly (BD) essentially refers to short digits. It is often inherited as an autosomal dominant trait (all the types). The clinical spectrum can widely range from minor digital hypoplasia to complete aplasia. As a group, it most commonly involves the middle phalanx . Single or multiple bones of individual digits, single bones of multiple digits, or multiple bones of different digits may be involved.

Different types of brachydactyly are classified according to their clinical and radiographic features of phalangeal or metacarpal involvement. The Bell classification was initially proposed in 1951 and further elaborated by Temtamy et al. in 1978, and at the time of writing (July 2016) is the most widely accepted classification. This classification delineates five major types (A-E):

Brachydactyly can be either occur in isolation or be associated with syndromic as well as non-syndromic conditions:

The differential for other causes of short digits include: