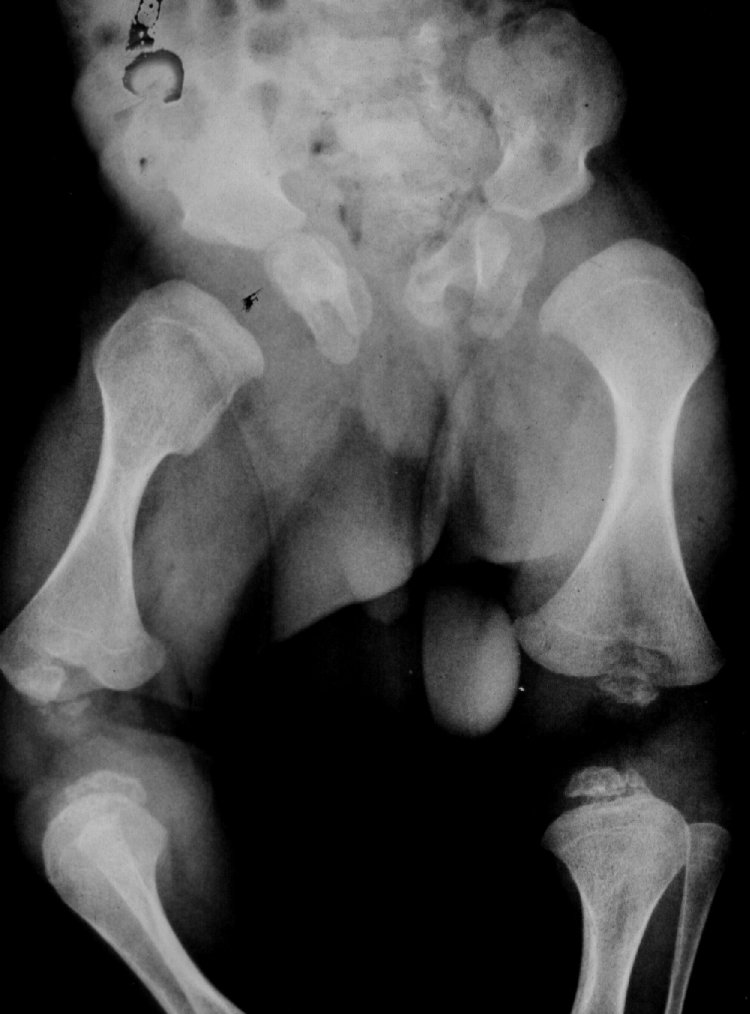 It is thought to carry an autosomal dominant inheritance. Kniest dysplasia is one of a spectrum of skeletal disorders caused by mutations in the COL2A1 gene, which encodes for type II collagen (therefore classified as a type II collagenopathy).