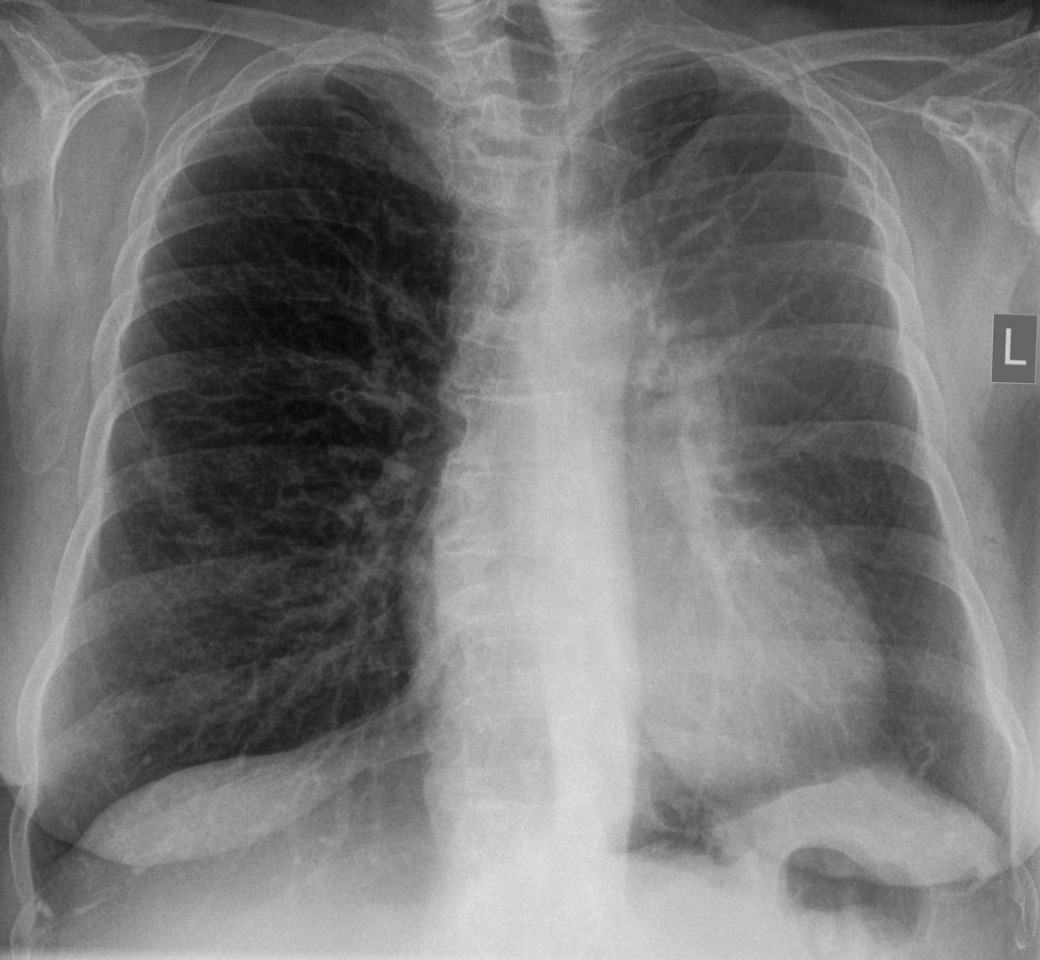 Lobar collapse refers to the collapse of an entire lobe of the lung. As such it is a subtype of atelectasis (collapse is not entirely synonymous with atelectasis, which is a more generic term for 'incomplete expansion').  Individual lobes of the lung may collapse due to obstruction of the supplying bronchus.

Most often collapse of most or all of a lobe is secondary to bronchial obstruction causing resorptive atelectasis.

There are several classical rules that a lobar collapse follows :

Generally, there is pulmonary air space opacification but the appearance on chest x-ray varies according to the lobe involved and are discussed separately:

Some features, however, are generic markers of volume loss and are helpful in directing one's attention to the collapse, as well as enabling distinction from opacification of the lobe without collapse (i.e. consolidation e.g. lobar pneumonia). These features include :