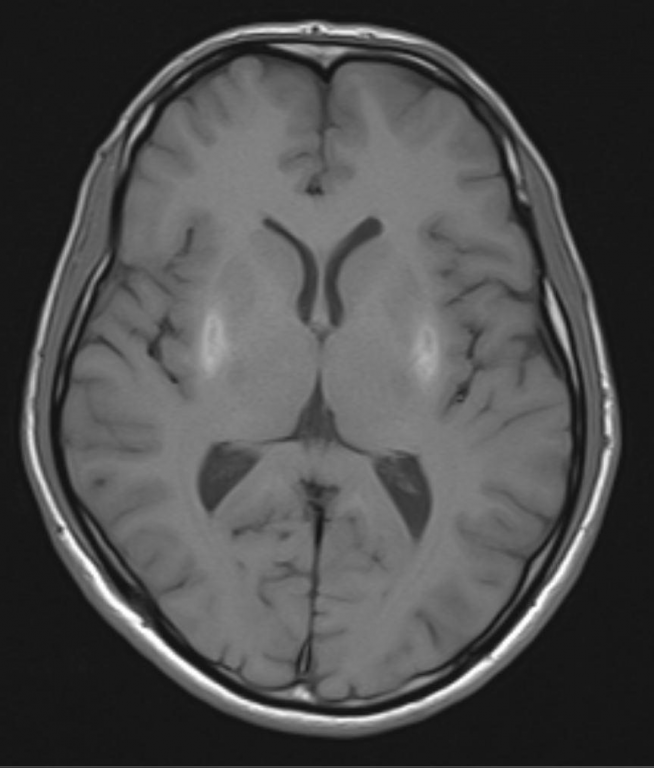 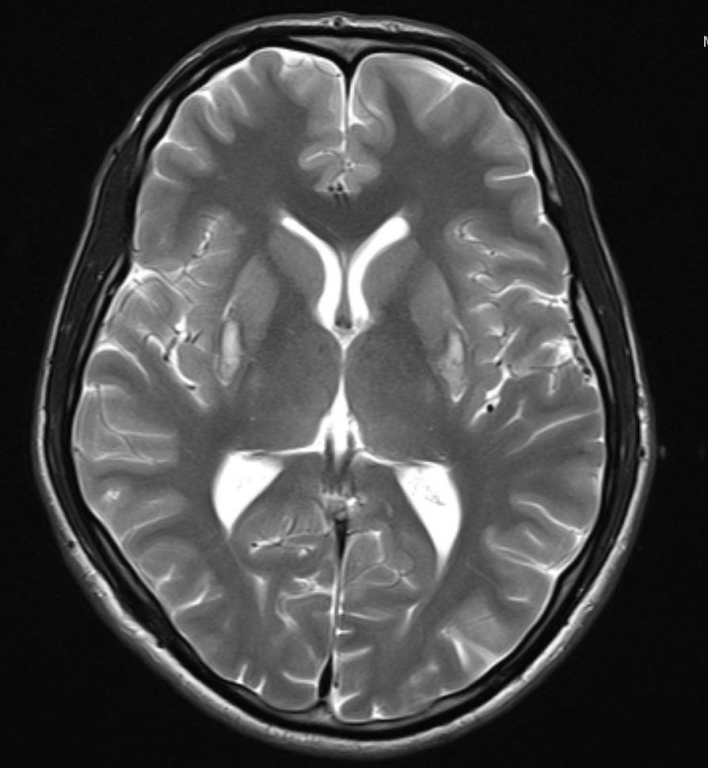 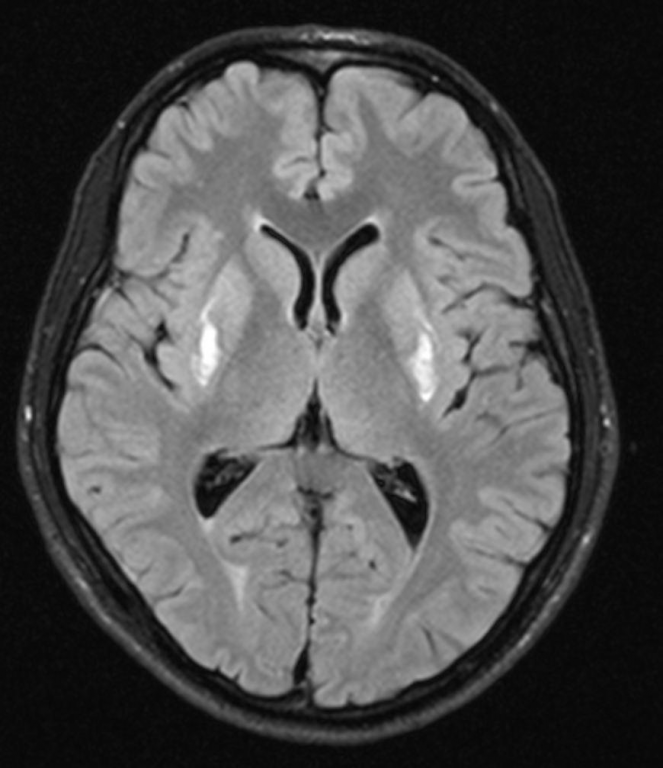 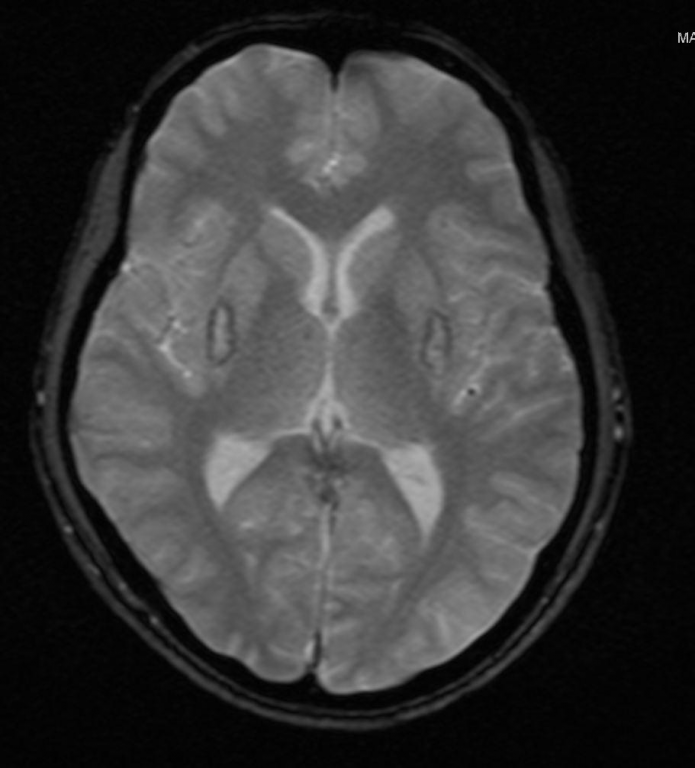 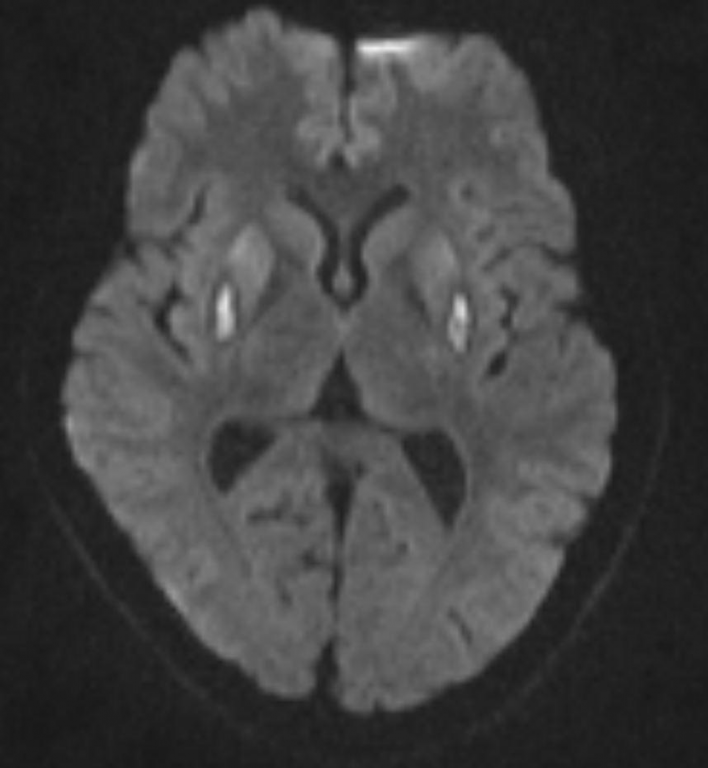 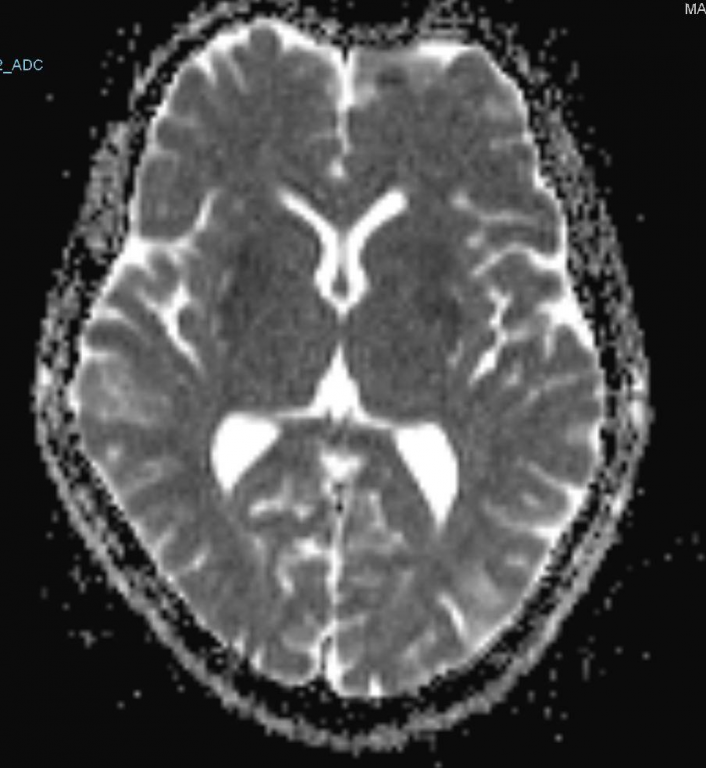 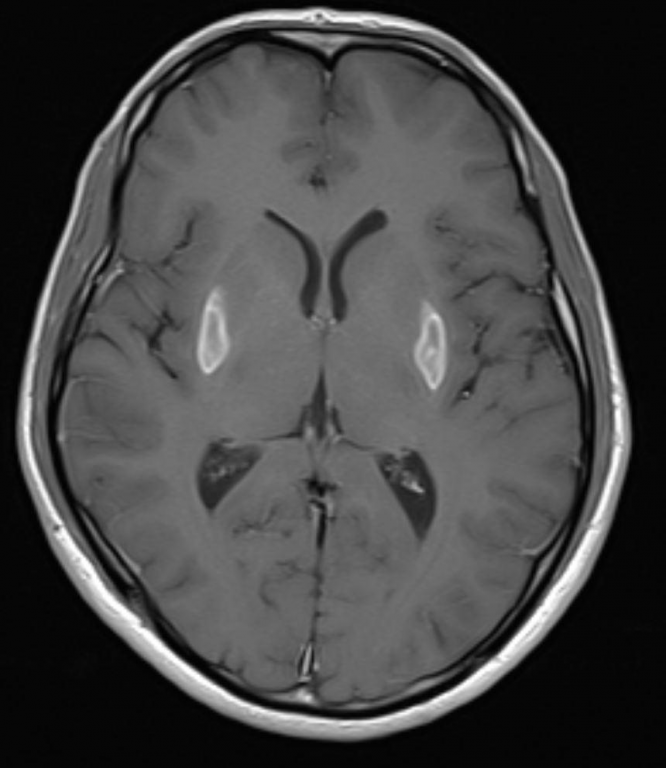 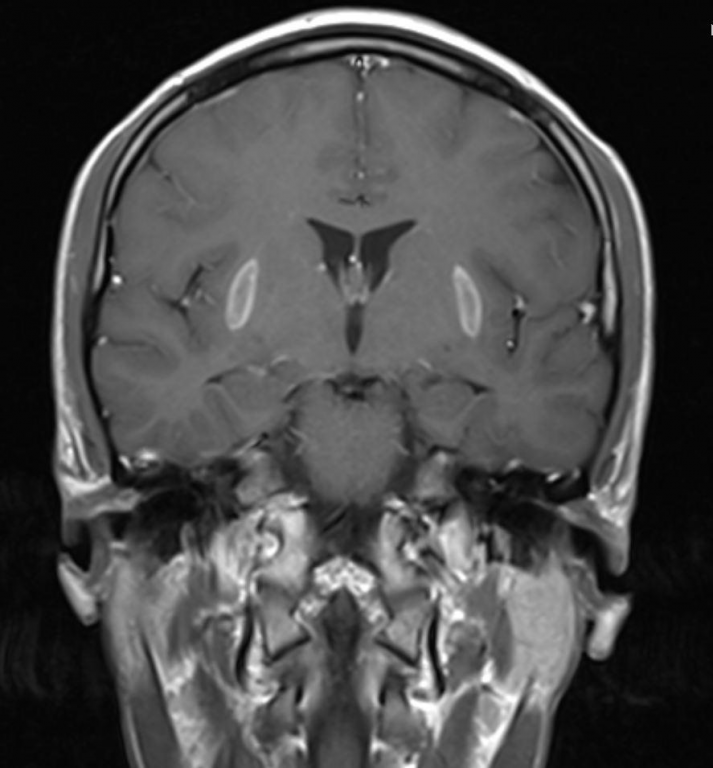 Methanol poisoning is a cause of an acute toxic leukoencephalopathy that also has eventual chronic sequelae.

Methanol poisoning or intoxication is rare and often occurs after suicidal or accidental oral ingestion of methanol-containing agents, or after consumption of adulterated or "moonshine" alcoholic beverages .

Patients can present with a variety of devastatingly disabling clinical features, often after a 12-24 hour latency:

Methanol (CH3OH) is a clear and colourless simple liquid alkanol that can easily be mistaken for ethanol . Unlike ethanol, it is highly toxic (1 g/kg is considered a lethal dose of methanol) and not suitable for human consumption . It is instead used as a constituent of a large number of industrial and commercially available solvents, cleaning products and antifreeze liquids .

It is thought that the putamen is particularly affected by this process due to its high metabolic demands , but this remains a subject of ongoing research. As this metabolic process takes time, there is often a latency period of 12-24 hours before clinical features manifest .

Classically seen as hypo-attenuation bilaterally in the putamen, reflective of putaminal necrosis . Other features include diffuse hypo-attenuation in cerebral white matter and hemorrhages .

Regions of involvement are identical to those involved on CT. Signal characteristics of the characteristic putaminal necrosis in the acute setting include:

Furthermore, similar acute signal changes secondary to tissue necrosis may be noted in the optic nerves (also due to demyelination), subcortical white matter, and cerebellum . In the chronic phase, cystic cavities may develop in the putamen .

Treatment classically involves administration of intravenous ethanol, which has a much higher affinity (10-20 times greater) for alcohol dehydrogenase compared to methanol , in an effort to reduce the production of formate. This can be enhanced by administration of fomepizole or folinic acid . Additional treatment options including correcting metabolic acidosis with intravenous sodium bicarbonate, gastric lavage, and haemodialysis .

For involvement in and around the putamen or basal ganglia, consider: