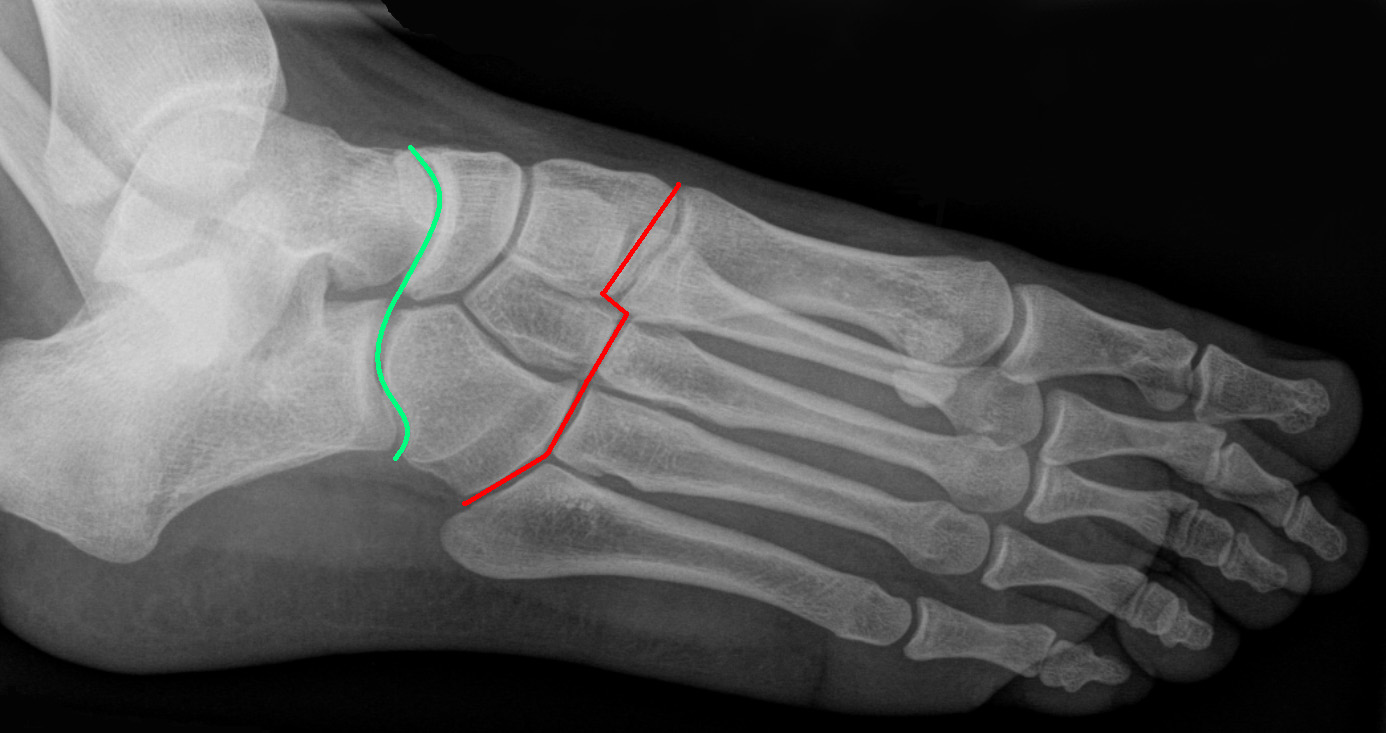 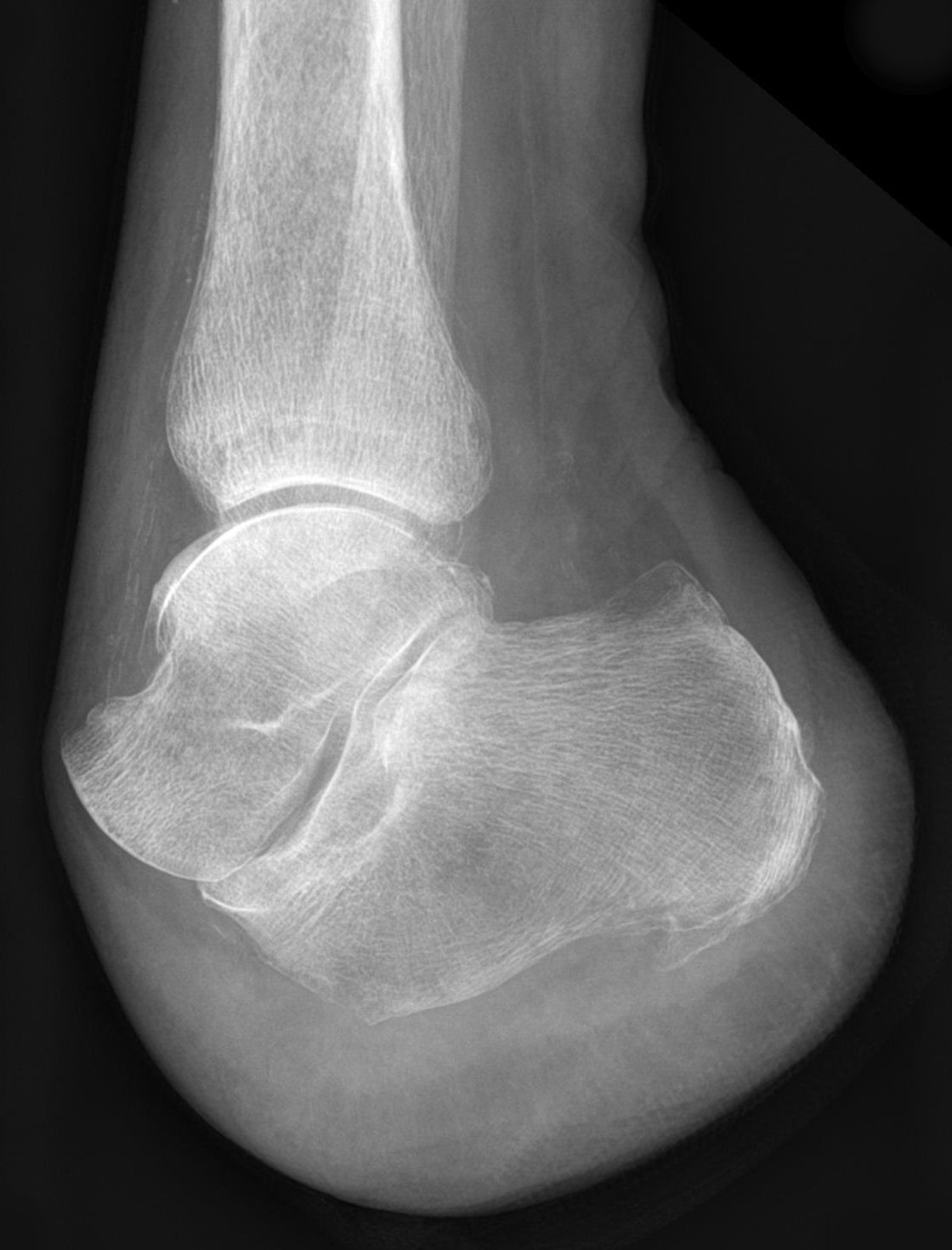 The midtarsal joint, or Chopart joint, is the articulation between the hindfoot (calcaneus and talus) and the midfoot (navicular and cuboid).

On lateral and AP views of the foot the talocalcaneonavicular and calcaneocuboid joints are linked together by a smooth curved line also referred to as the cyma line.

The talocalcaneonavicular joint is best visualized on AP and lateral views, whereas the calcaneocuboid joint - on oblique view.

Subtle or non-displaced fractures may be occult on radiographs and often require CT.

MRI provides excellent visualization of the midtarsal joint ligaments and assessment of their injury.

It is named after Francois Chopart (1743-1795), a French surgeon in Paris . Historically the joint provided a landmark for midfoot amputation in patients with gangrene.