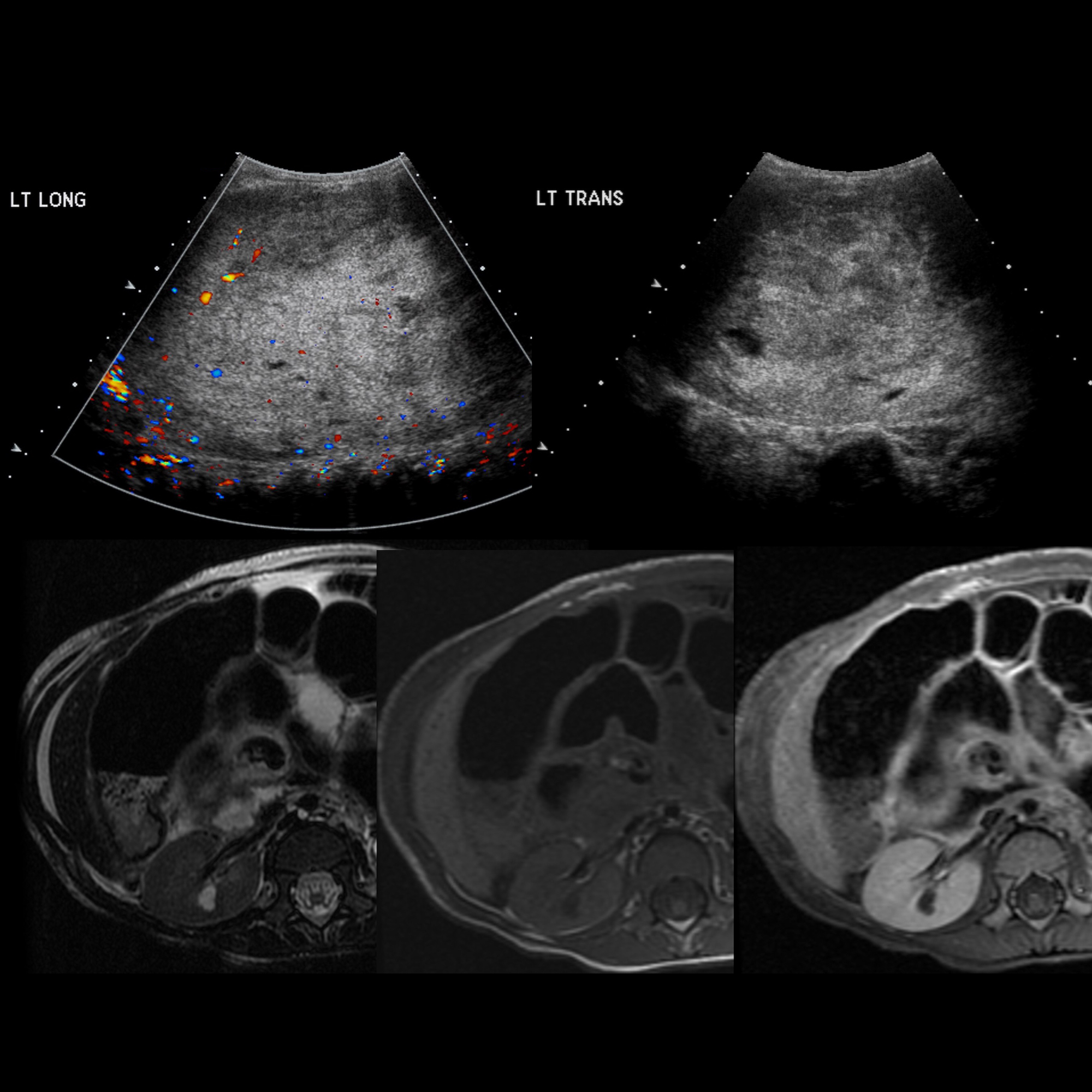 Nephroblastomatosis refers to diffuse or multifocal involvement of the kidneys with nephrogenic rests (persistent metanephric blastema).

Nephrogenic rests are found incidentally in 1% of infants.

Nephrogenic rests are foci of metanephric blastema that persist beyond 36 weeks of gestation and have the potential for malignant transformation into Wilms tumor.

There are two pathologic subtypes of nephrogenic rest, perilobar rest (90%) and intralobar rest (10%), the latter being more associated with Wilms tumor.

Ultrasound may demonstrate hypoechoic nodules but is less sensitive than MR imaging and CT. Diffuse nephroblastomatosis is usually seen as reniform enlargement with a thick peripheral rind of tissue that may show striated enhancement. On ultrasound, the enlarged kidney may have diffusely decreased echogenicity.

Treatment for nephrogenic rests is controversial. Some investigators recommend chemotherapy, whereas others maintain that close serial radiologic evaluation of enlarging masses is sufficient.