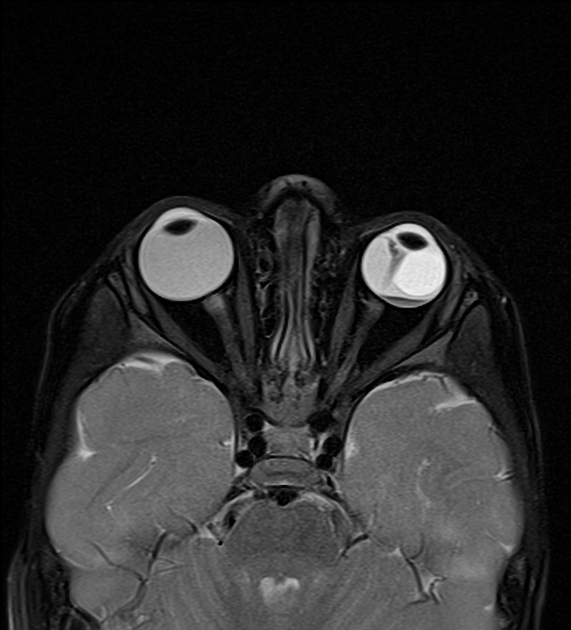 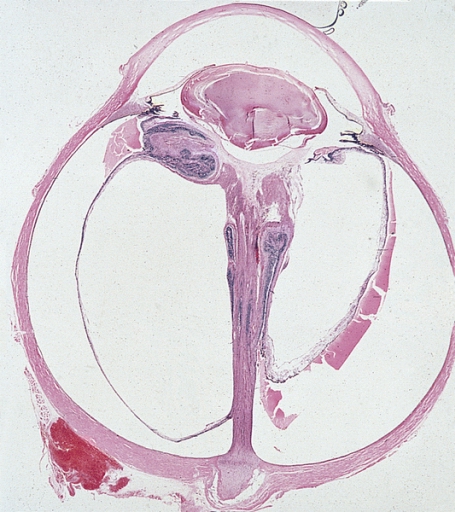 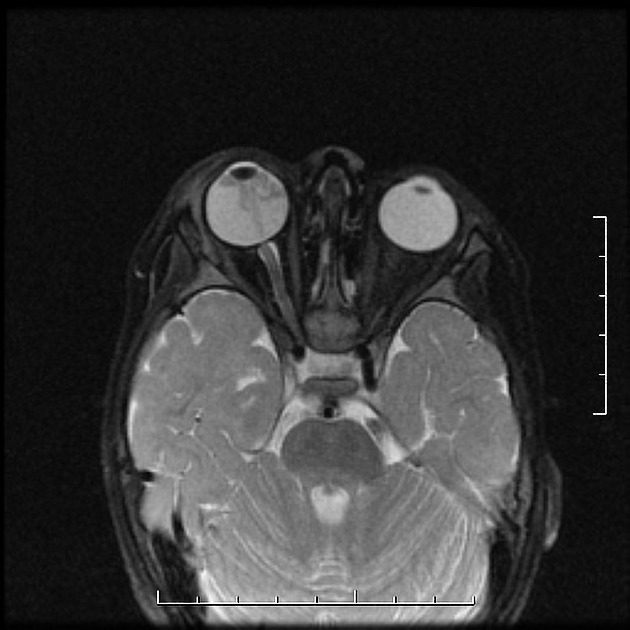 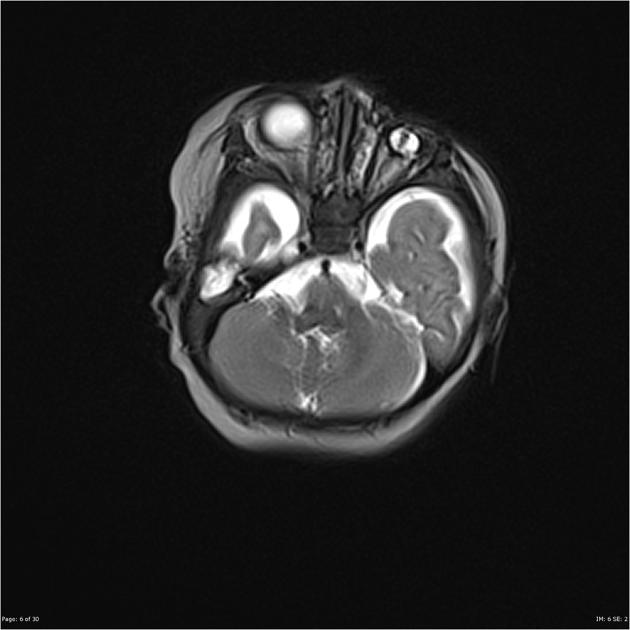 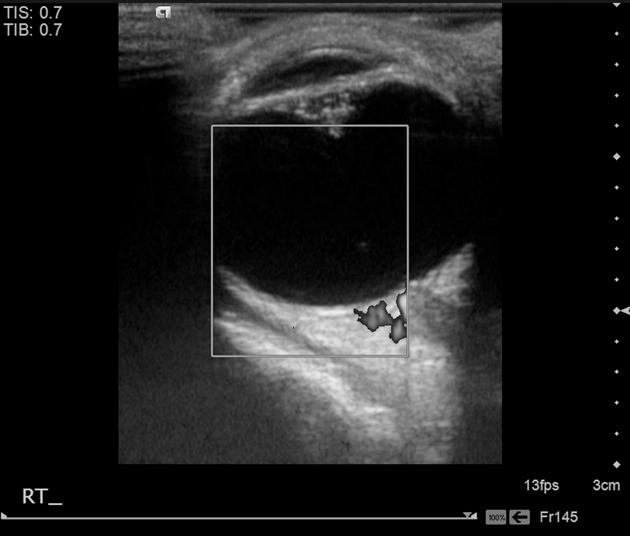 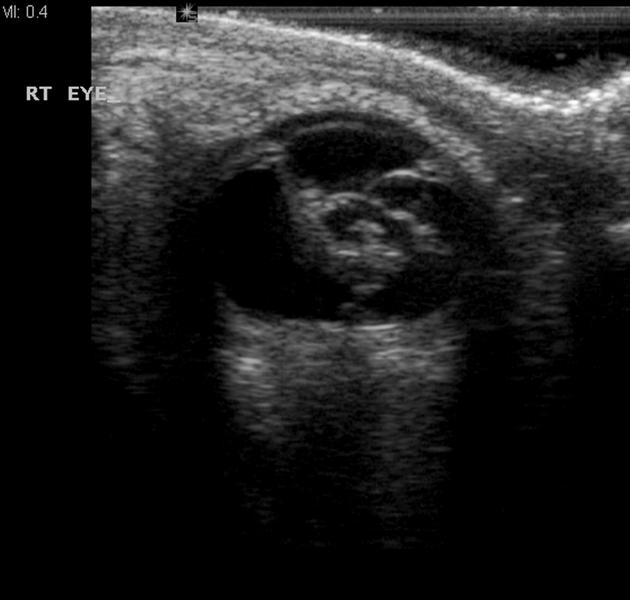 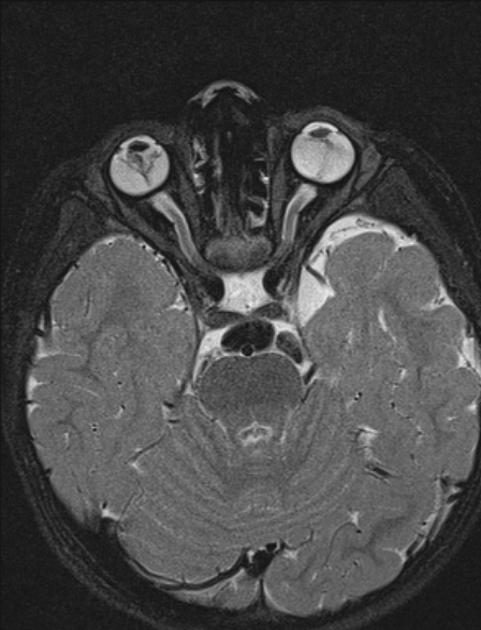 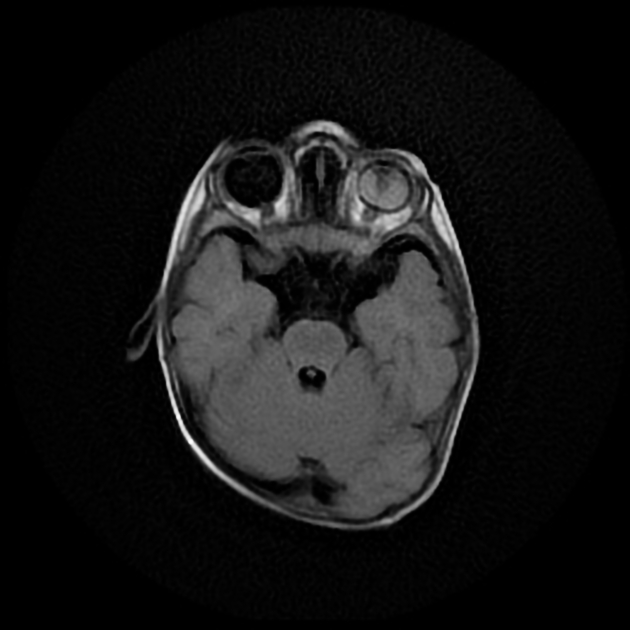 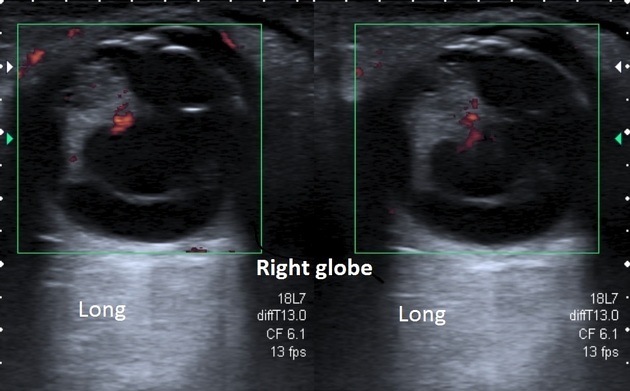 It arises due to a failure of normal regression of the embryonic hyaloid vascular system. In the normal situation the primary vitreous forms around the 7 week of gestation life and starts involuting around 20 week and nearly always disappears at the time of birth. Persistent fetal vasculature in PHPV can lead to fibrosis, resulting in elongation of the ciliary processes, retinal detachment, and spontaneous cataracts.

PHPV can be divided into either anterior (ventral) or posterior (dorsal) types, with most patients with PHPV having a combination of these .

PHPV can occur on its own or association with various other conditions notably when bilateral, these include :

From an imaging standpoint, only the features of posterior PHPV are well known .

In posterior PHPV, the globe is small and can contain retinal detachments.

The CT appearance can be quite variable and the described spectrum of CT findings includes :

On MRI the retrolenticular tissue characteristic of this condition has a triangular shape, like that of a martini glass appearing as low T2 signal against the normal high T2 signal of the globe .