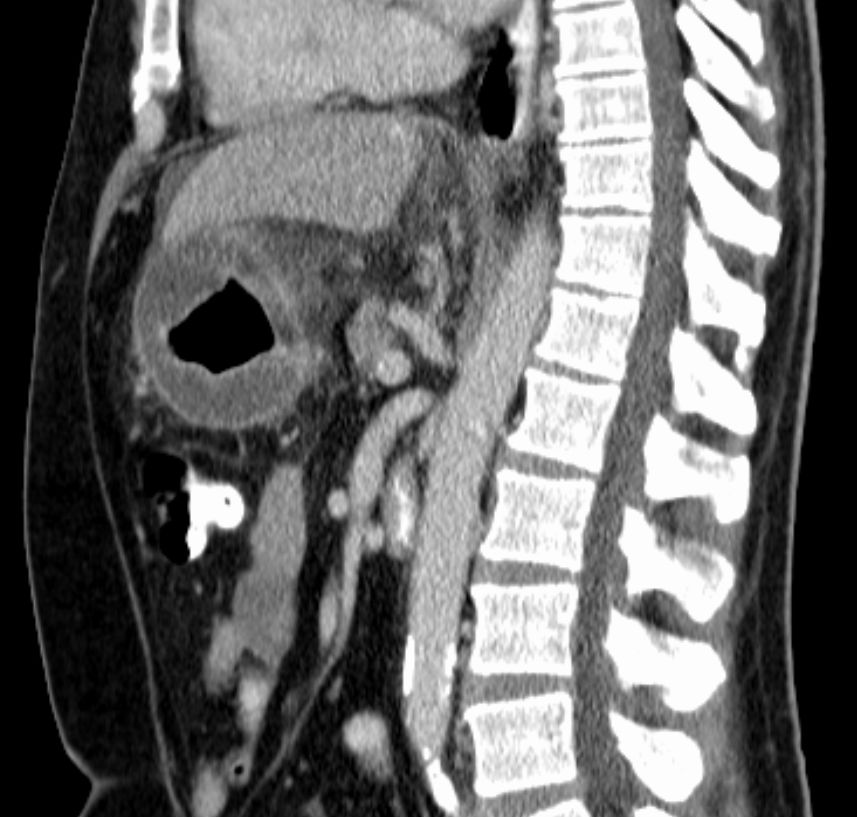 Phlegmonous gastritis, also known as phlegmonitis of the stomach, is an uncommon, life-threatening condition which is due to diffuse infection of the submucosa of the stomach.

Although the gastric form is the commonest type of phlegmonitis seen in the gastrointestinal tract, it remains rare, with total published cases numbering just over 100 . Mortality is high, with a death rate of 42% .

Streptococcus spp. have been found to be the most common causative organisms, accounting for about two-third of cases .

There are two main forms of phlegmonous gastritis: diffuse or localized.
Diffuse involves the complete stomach, conversely localized disease most commonly is restricted to the antrum. It is unusual for the cardia or the pylorus to be involved .

Occasionally phlegmonitis of the esophagus coexists, in which case the condition is described as phlegmonous oesophagogastritis.

There is risk of developing peritonitis is 70% of cases. A severely contracted stomach may result from healing .