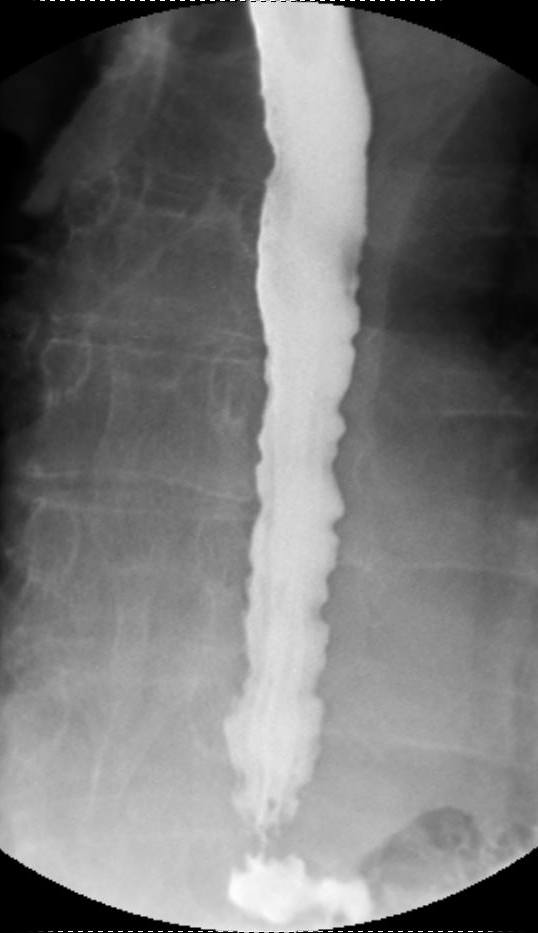 Presbyoesophagus is term that has been traditionally used to describe the manifestations of degenerating motor function in the aging esophagus.

Presbyoesophagus remains controversial given it was initially described in elderly patients with significant co-morbidities (e.g. dementia, diabetes), and subsequent studies have described less severe changes and only minor differences in esophageal function in healthy patients less than 80 years old.

Presbyoesophagus is typically seen in patients more than 80 years old.

Patients may complain of dysphagia or chest pain, although most are asymptomatic.

Various mechanisms have been proposed:

On barium swallow the following features may be seen :

Other motility disorders should be considered: