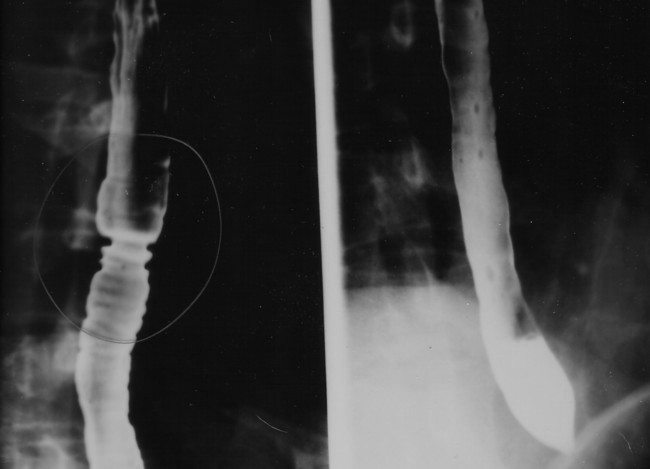 It is most commonly seen in males aged 20-40. It is an uncommon disease; however not rare.

Patients typically present with dysphagia or with food stuck in the esophagus. Usually, a specific food or allergen triggers the presentation, and symptoms may persist for a long time afterwards.

The exact etiology is unknown. Exposure to food or allergen triggers the activation of eosinophils within the esophageal wall and a consequent inflammatory cascade ensues.

Esophageal strictures, webs and spasm cause the presentation of food impaction.

It is self-limiting in some cases but responds well to oral glucocorticoid therapy. It may lead to growth retardation in some children.