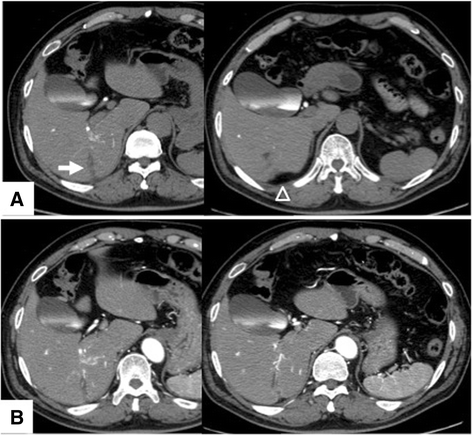 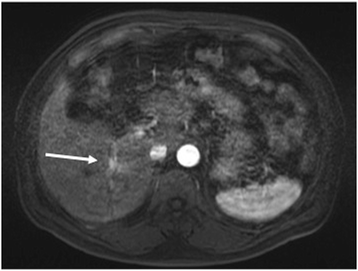 Primary hepatic lymphoma (PHL) is rare, with roughly 100 described cases. If it is being considered as a diagnosis, distal lymphadenopathy, splenomegaly, bone marrow disease, and leukemia should not be present for at least 6 months after the liver tumor is detected (see: secondary hepatic lymphoma) .

Rare presentation of lymphoma (<1% of all Non-Hodgkin lymphomas).

In contrast, according to one source, diffuse large B-cell lymphoma (DLBCL) affects around 7 out of 100,000 people annually in the United States, with potential for secondary involvement of the liver, so this is a much more common cause of hepatic lymphoma.

The most common presentation includes abdominal pain, jaundice, and weight loss. Although the majority of patients will have elevated liver enzymes, these may be normal. The typical age of presentation is around the age of 55. It has a male preponderance.

The exact cause of this primary hepatic lymphoma is still unclear, however, it is primarily found in immunocompromised patients such as AIDS/HIV, congenital immunodeficiency, immunosuppressant therapy for organ transplant and collagen vascular disease. Reports have also shown infections as a cause such as EBV, HIV, hepatitis C and hepatitis B with chronic hepatitis and cirrhosis.

Primary hepatic lymphoma is most commonly seen as a solitary mass (53-65%). PHL does not have characteristic radiographic features and can often be mistaken for other liver tumors. Liver biopsy is the most specific way of making the diagnosis.

MRI findings depend on the extent of infiltration.

Signal characteristics are almost identical to secondary lymphomatous involvement but manifestation as a single solid mass may favor towards a primary hepatic lymphoma .

PET/CT is useful in making the diagnosis and can also be used for staging.

PHL is primarily treated with chemotherapy. The most common chemotherapy regimen for advanced diffuse large B-cell lymphoma (DLBCL) is called R-CHOP (rituximab, cyclophosphamide, doxorubicin, vincristine, and prednisone). In the United States, this regimen is generally given every three weeks for 6 to 8 cycles. Other treatment options include radiation therapy or surgery.