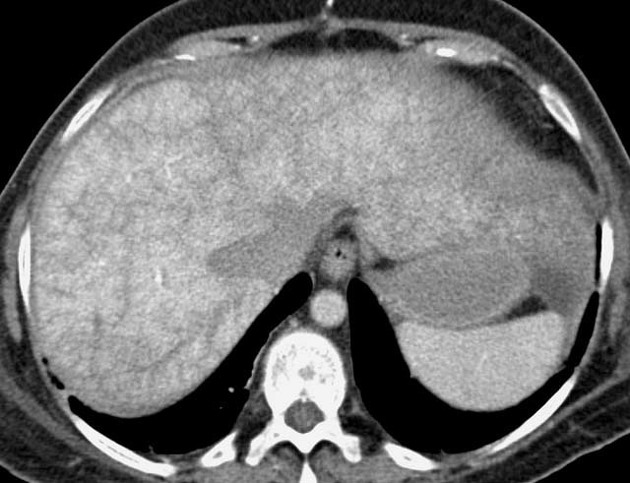 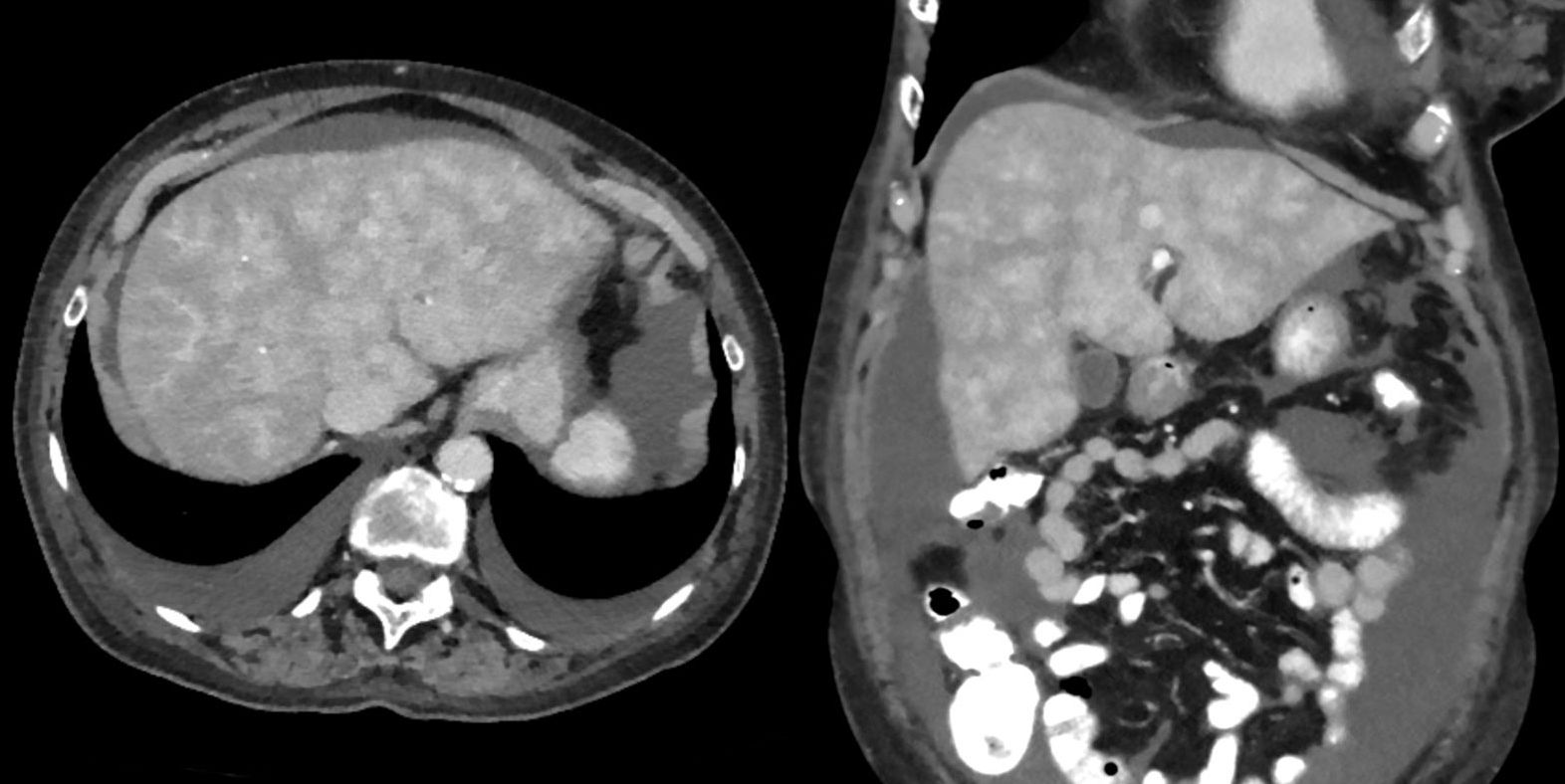 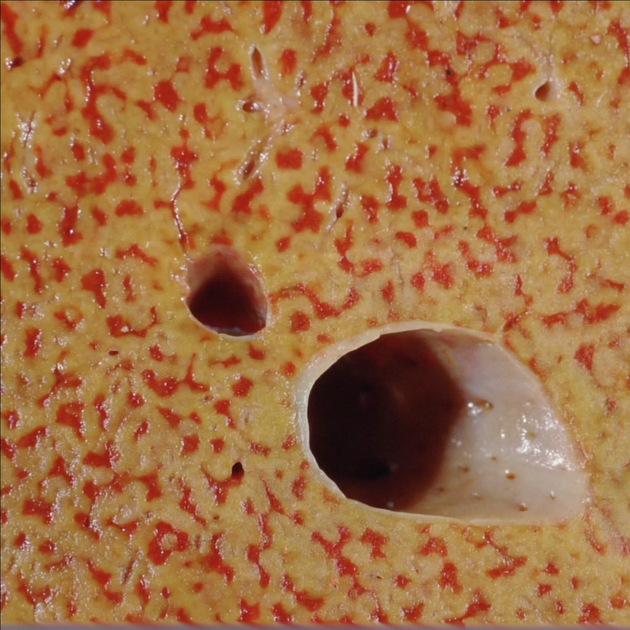 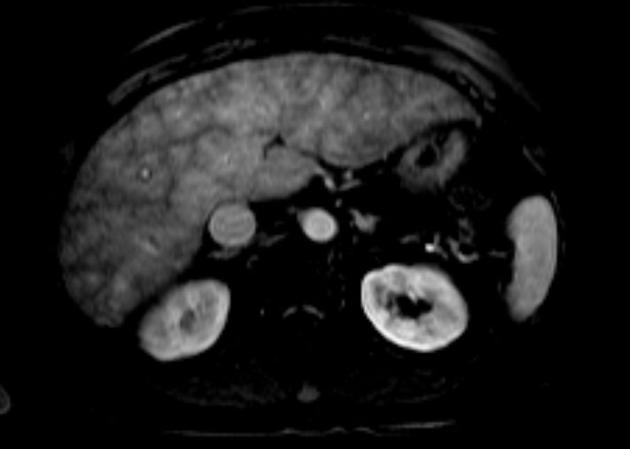 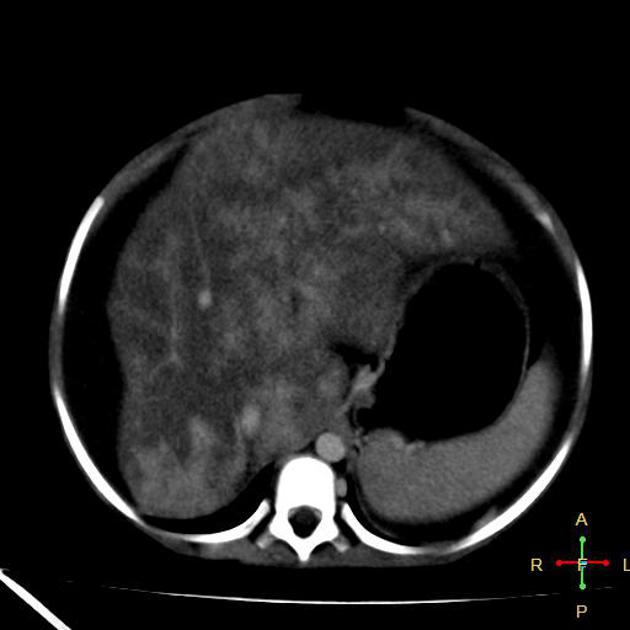 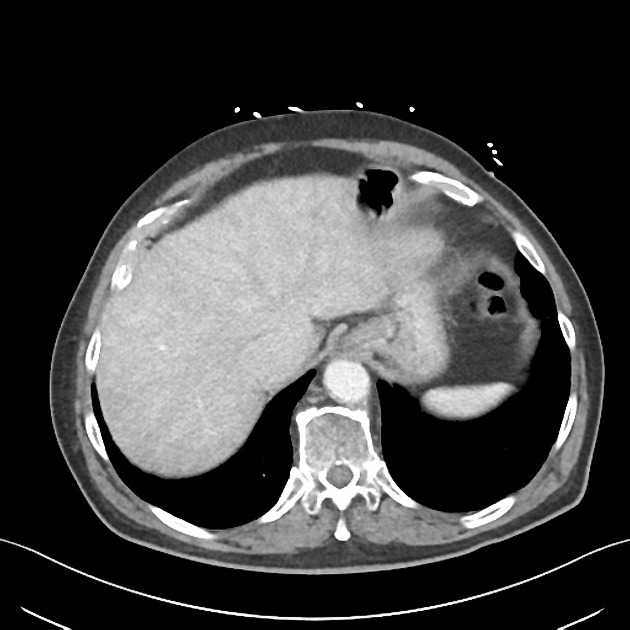 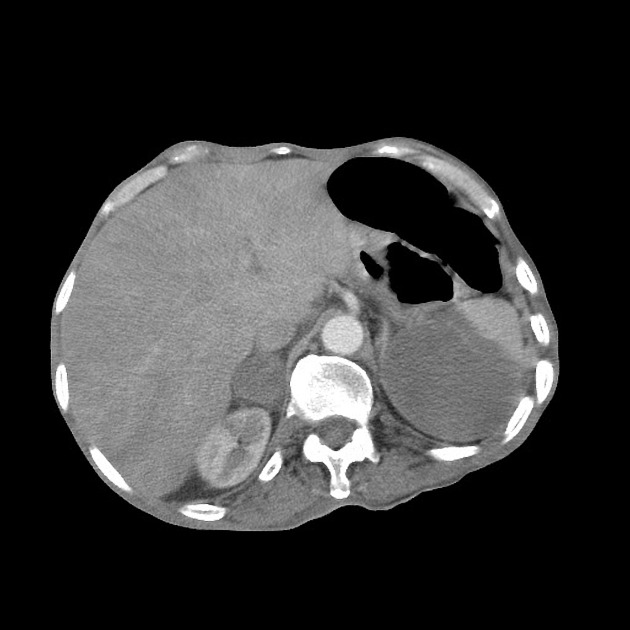 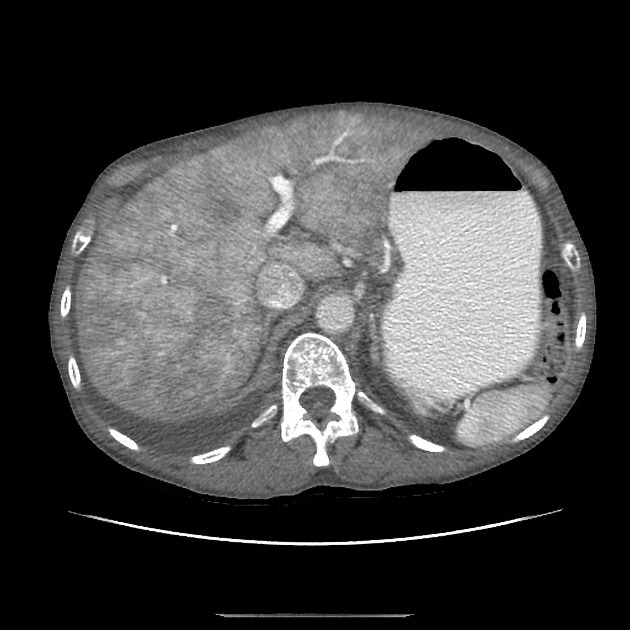 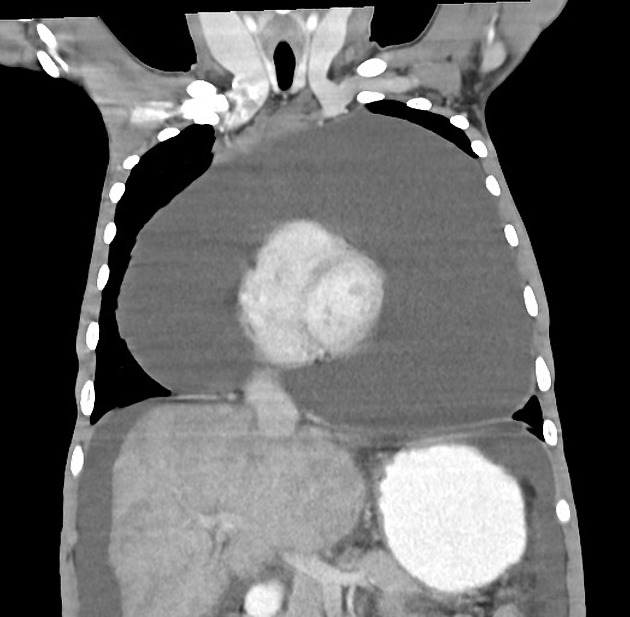 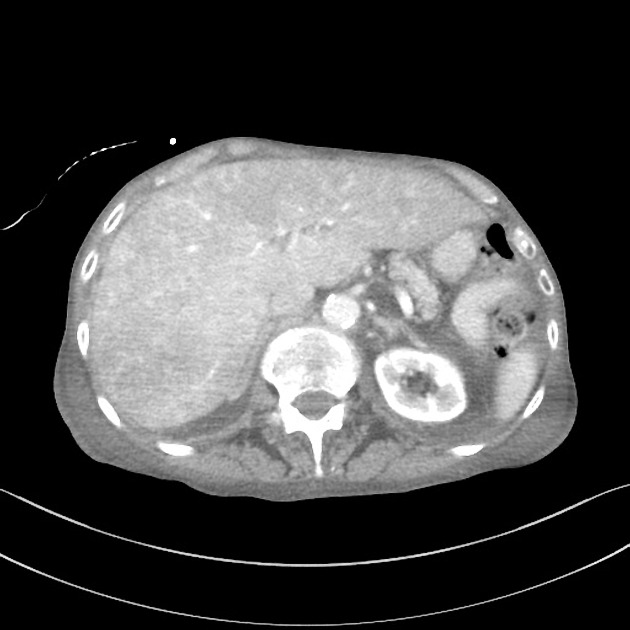 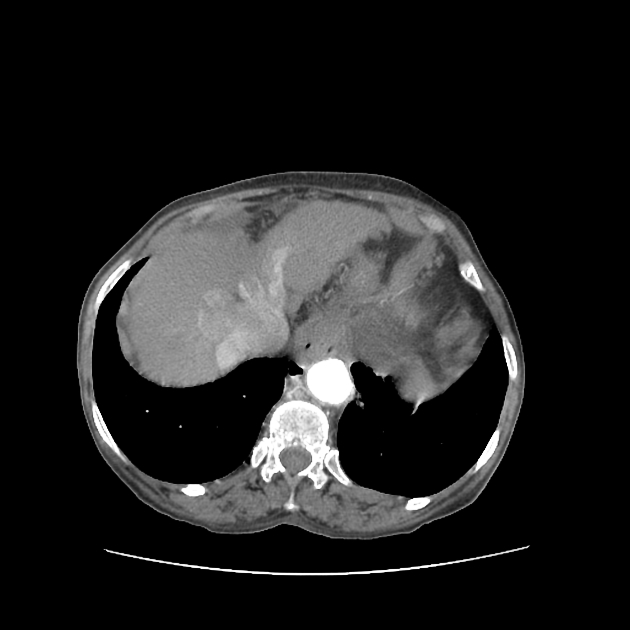 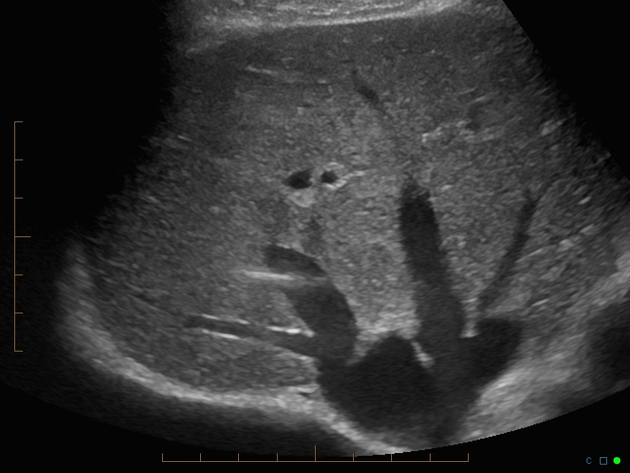 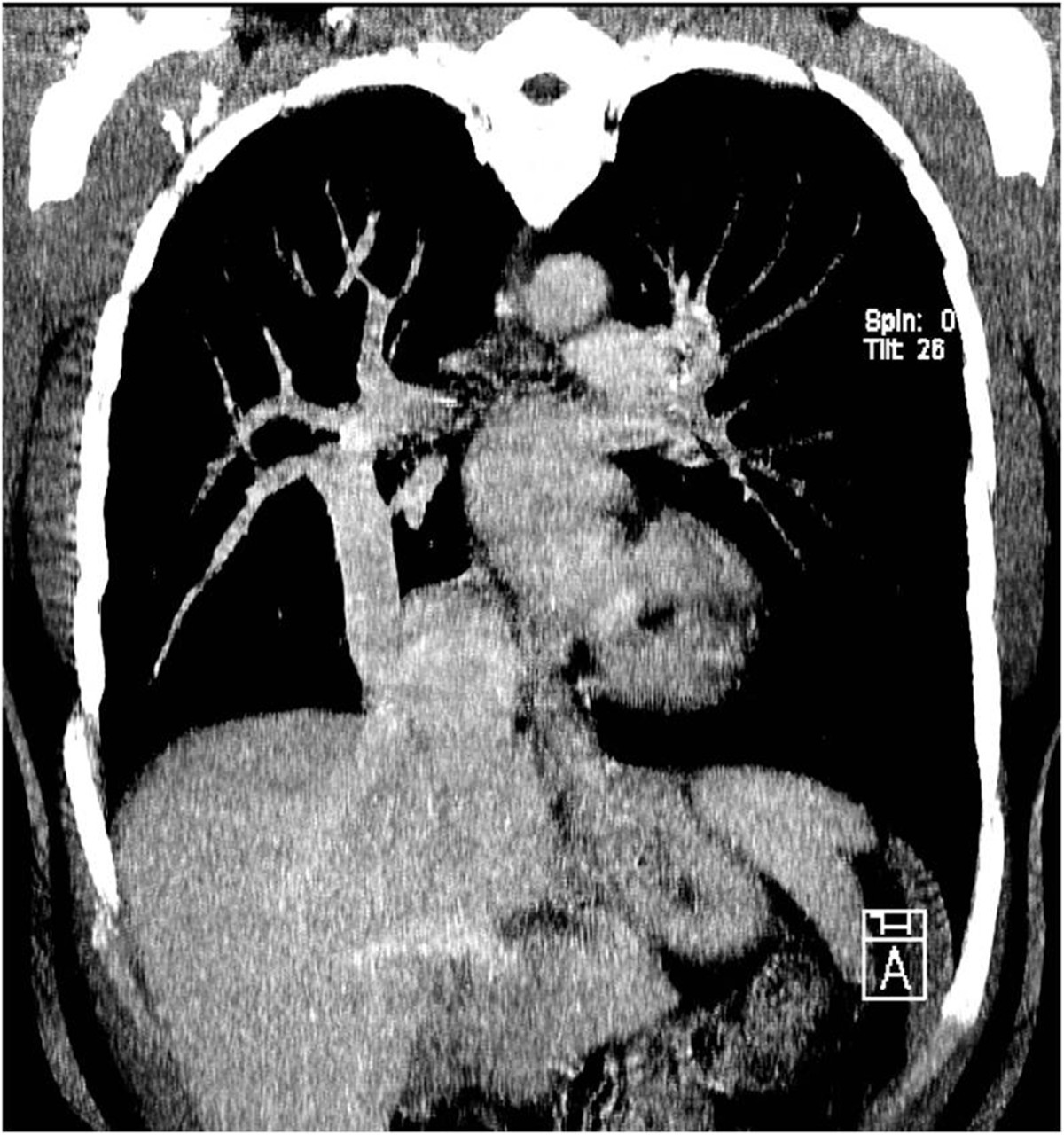 Passive hepatic congestion, also known as congested liver in cardiac disease, describes the stasis of blood in the hepatic parenchyma, due to impaired hepatic venous drainage, which leads to the dilation of central hepatic veins and hepatomegaly.

Clinical findings in these patients are dominated by those of right-sided heart failure. Mild right upper quadrant abdominal pain has been reported to be the result of hepatomegaly and stretching of the hepatic Glisson capsule . Asymptomatic elevation of serum liver enzymes may also occur .

Elevated hepatic venous pressure and a decrease in hepatic venous flow cause hypoxia in hepatic parenchyma, and eventual diffuse hepatocyte death and fibrosis. This results in a micronodular cirrhosis, which is indistinguishable from cirrhosis produced by other causes .

All forms of heart disease (congenital or acquired) are linked to passive hepatic congestion.

Chest images may show cardiomegaly and pericardial and pleural effusion .

Macroscopically CT and MRI are able to depict cirrhotic changes as non-specific findings.