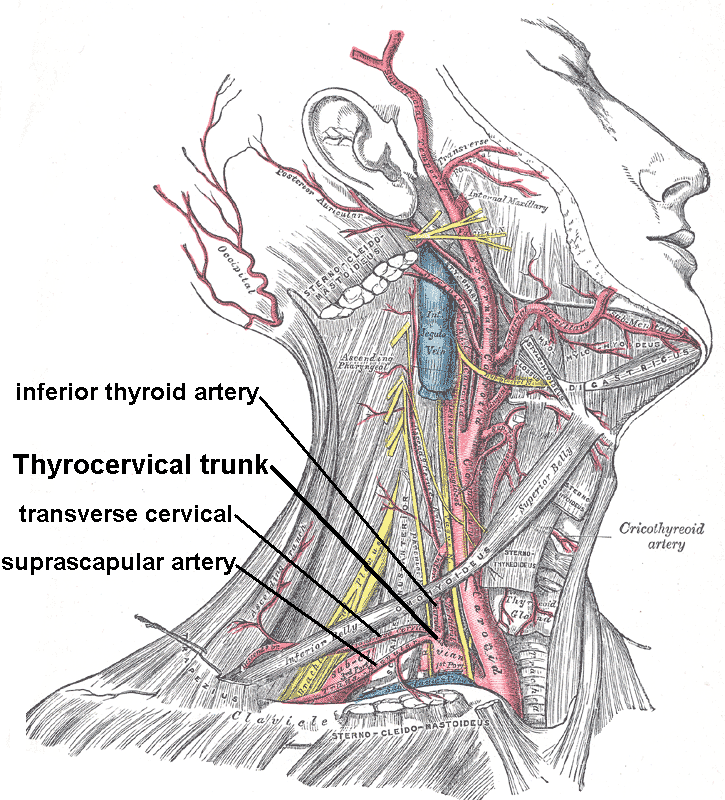 The thyrocervical trunk is one of the 3 branches of the first part of the subclavian artery and gives off numerous branches to supply viscera of the neck, the brachial plexus, neck muscles and the scapular anastomosis.

The trunk arises lateral to the vertebral artery from the anterosuperior wall of the subclavian artery adjacent to the anterior scalene muscle in the lower anterior neck and ascends as a short, stout trunk before giving rise to four branches: (see mnenomic)