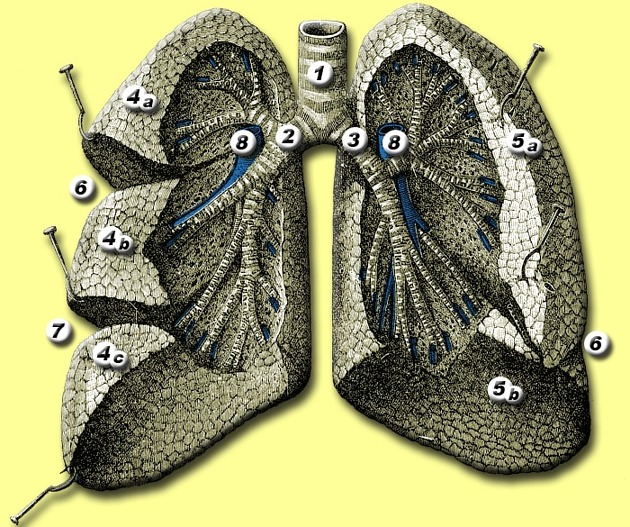 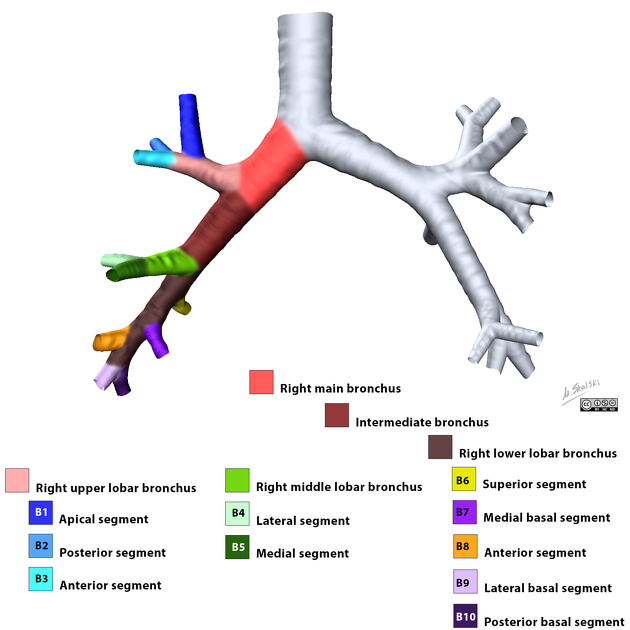 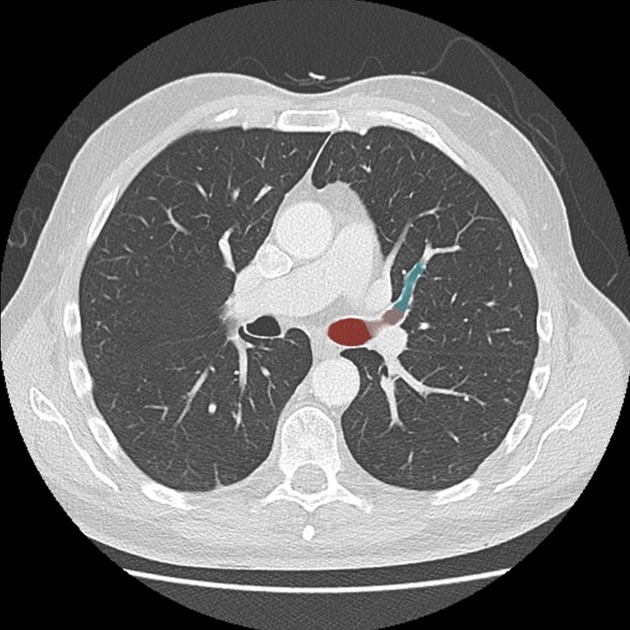 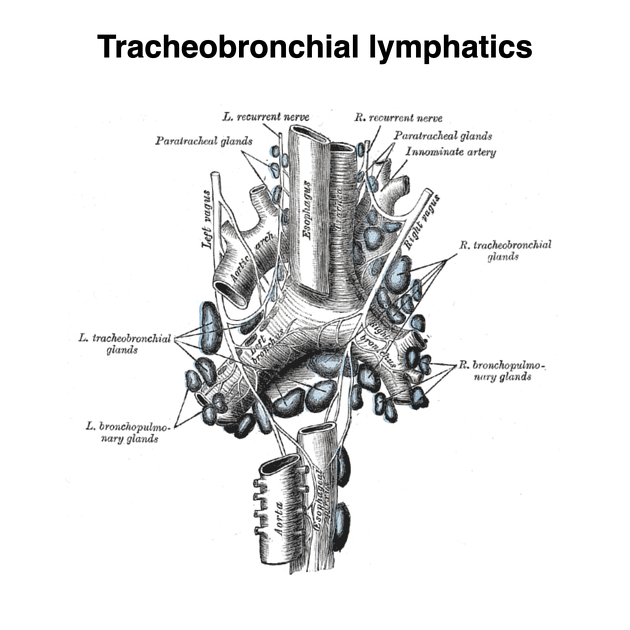 The tracheobronchial tree is the branching tree of airways beginning at the larynx and extending inferiorly and peripherally into the lungs as bronchioles. The luminal diameter decreases as the branching increases more peripherally into the lungs. The walls of the airway down to the level of the bronchioles contain C-shaped rings composed of hyaline cartilage to maintain luminal patency.

When described as an inverted tree, the tracheobronchial tree constitutes:

At the level of the tertiary segmental bronchi, sections of lung called bronchopulmonary segments are defined that represent the largest subdivisions of a lobe can be surgically resectable, analogous to the segments of the liver. Each bronchopulmonary segment is separated from adjacent segments by thin fibrous septa (pulmonary interstitium) and is pyramidal-shaped with the apex of the pyramid facing the lung root and the base of the pyramid facing the pleural surface. Segments are independently supplied by a single segmental bronchus and a tertiary branch of the pulmonary artery that enter the segment at the apex. Venous drainage occurs by intersegmental tributaries of the pulmonary veins that are located in the interstitium between adjacent draining segments.

Peripheral to the segmental bronchi there are approximately 20 to 25 generations of further branching into gas transportation structures termed conducting bronchioles and finally terminal bronchioles. The conducting and terminal bronchioles lack cartilage in their walls and do not participate in gas exchange as they also lack alveoli. Their function is the transportation of air to the most distal parts of the lungs where respiratory bronchioles are located. These contain numerous small thin-walled alveoli that bulge outwards from their lumens. As the respiratory bronchioles contain alveoli there are involved in both in gas exchange and air transportation. Further subdivision occurs with numerous alveolar ducts and alveolar sacs, and lastly alveoli that are the single basic structural unit responsible for gas exchange in the lung. There are approximately 300 million alveoli in the lungs of normal young adults.

Venous drainage occurs via the bronchial veins which accompany the bronchi and drain into the azygous system on the right and the accessory hemiazygos vein  on the left. Deeper within the lung parenchymal, venous blood will drain into pulmonary veins thus mixing with oxygenated blood in the left atrium.

The tracheobronchial tree is drained by lymphatic channels which course along the bronchi and pulmonary arteries towards the hilum. Ultimately these drain to hilar lymph nodes then ascends to the mediastinal nodes.