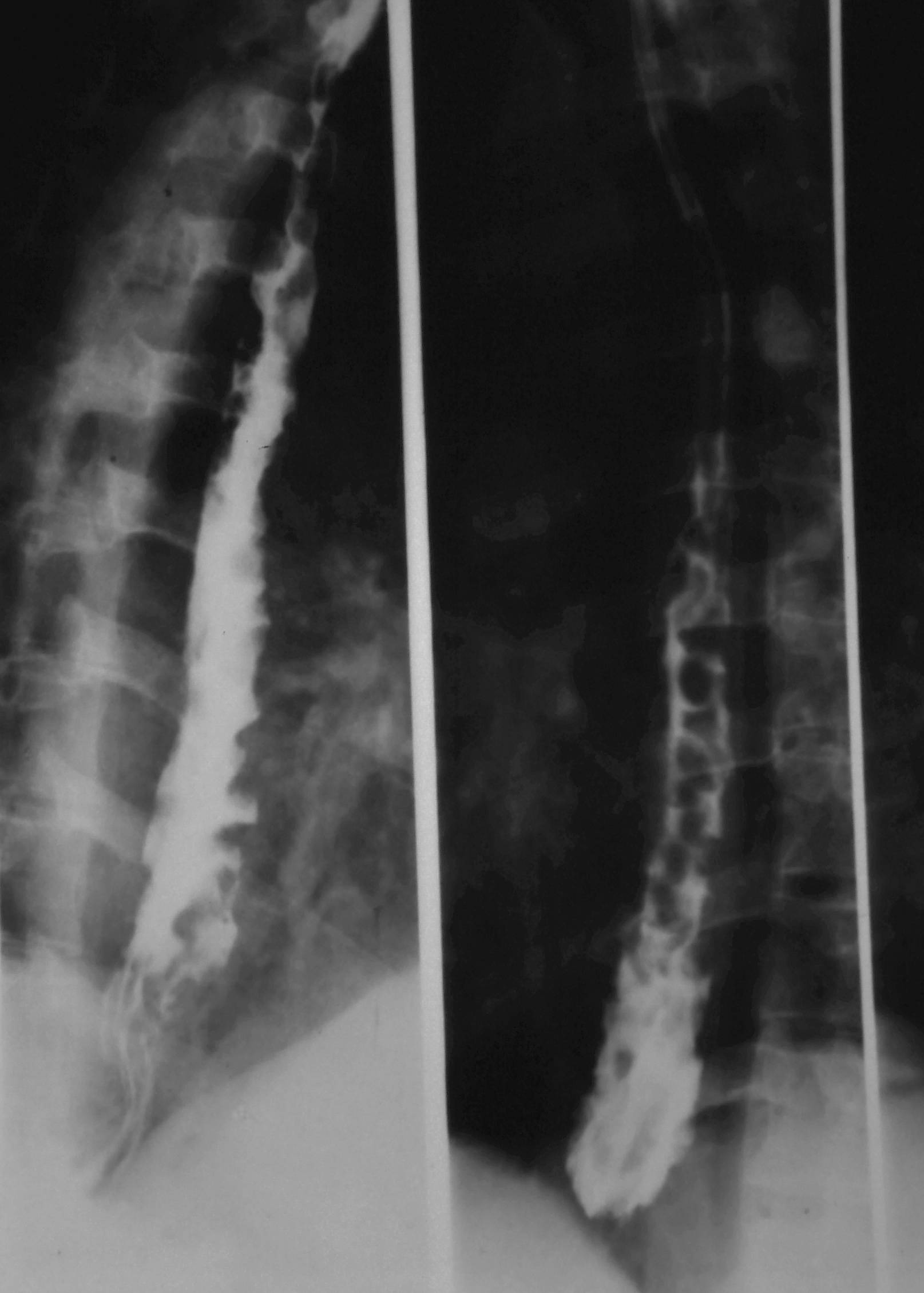 Upper
gastrointestinal series. May not be to scale.
Wikipedia • CC BY-SA 3.0 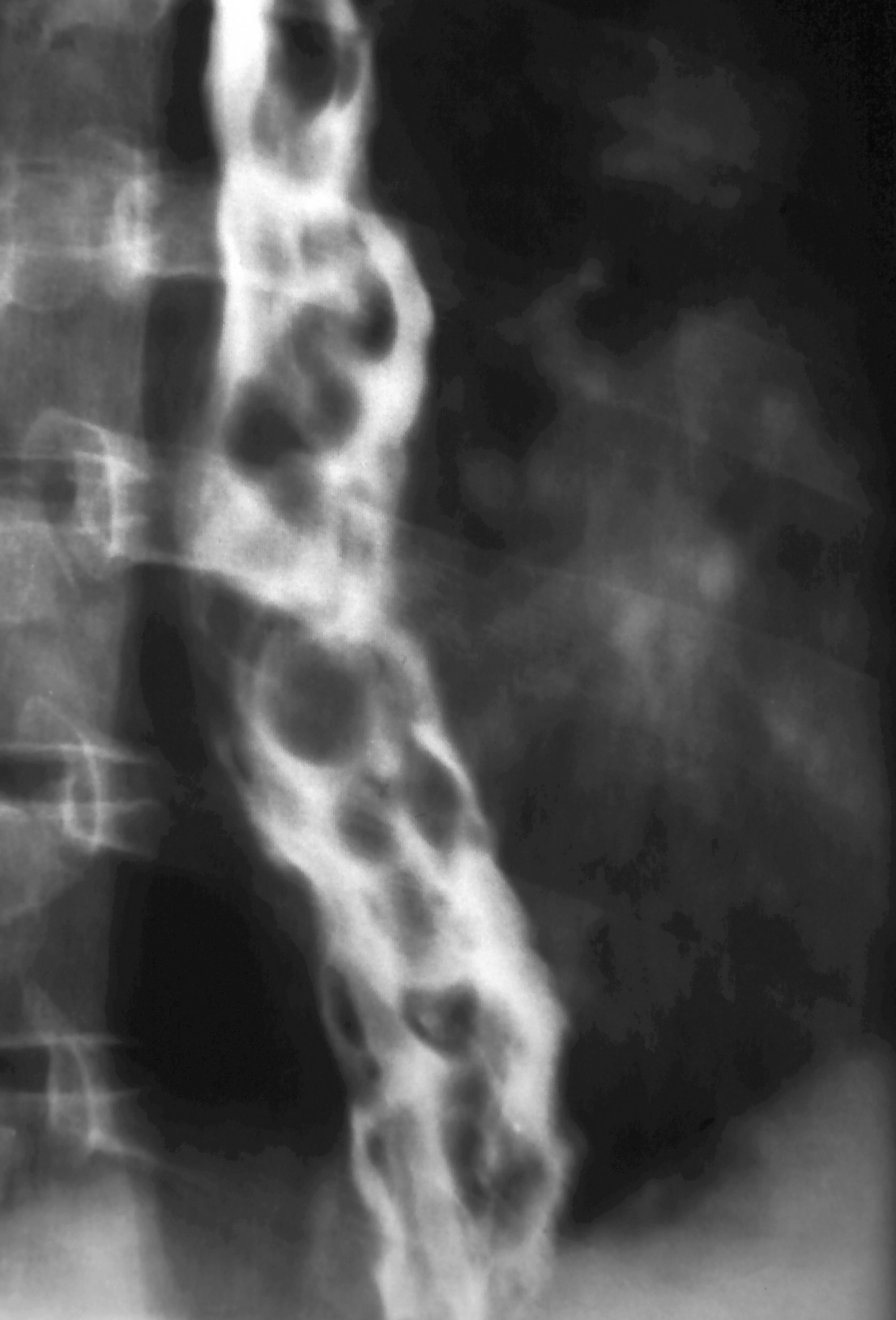 Dilated and
snake like varicose veins in esophagus of a patient with PHT. Upper gastrointestinal series.
Wikipedia • CC BY-SA 3.0 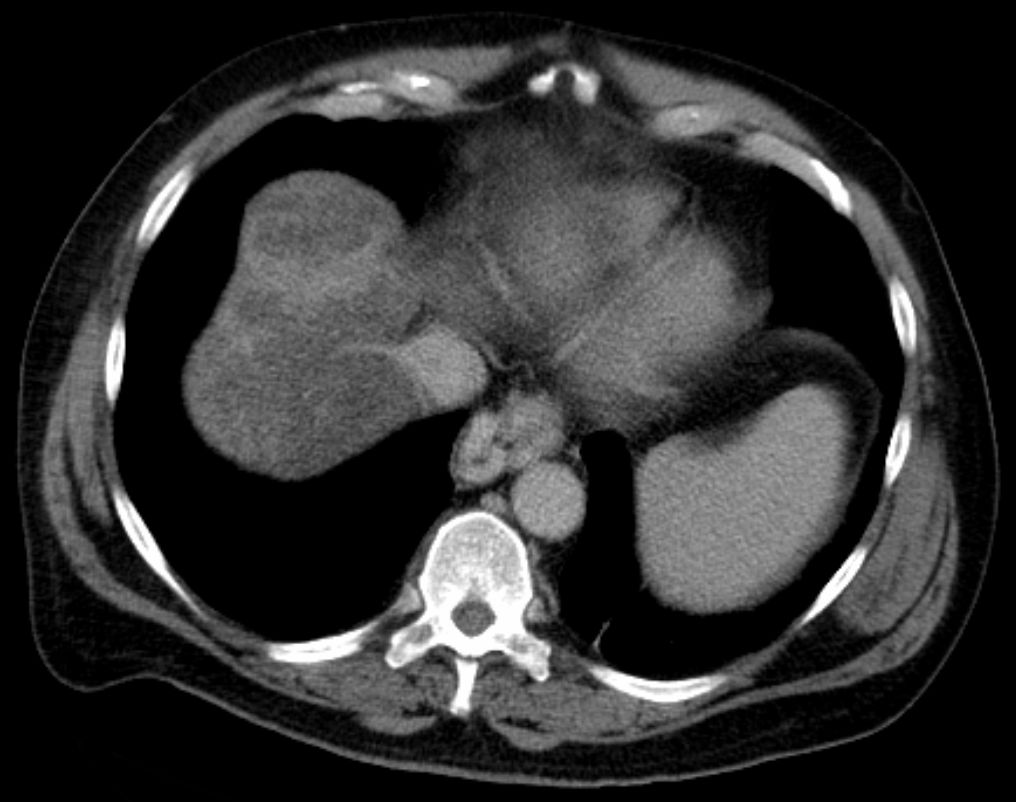 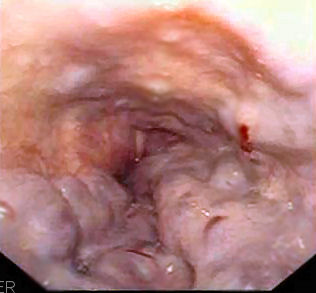 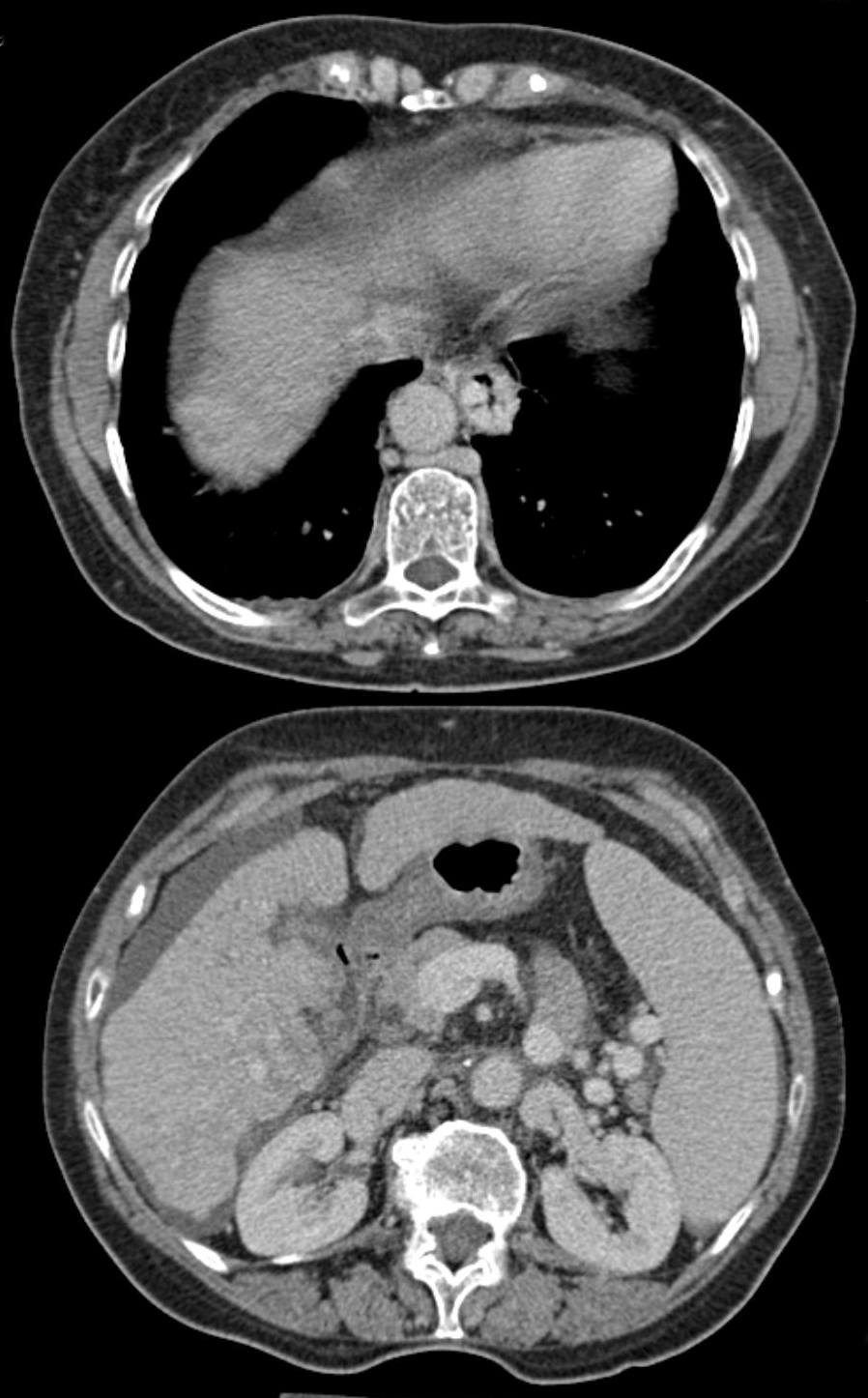 Esophageal varices describe dilated submucosal veins of the esophagus, and are an important portosystemic collateral pathway. They are considered distinct from gastric varices, which are less common.

Patients will generally be asymptomatic until a variceal hemorrhage, which occur at a yearly rate of 5-15% . In the case of a variceal bleed, patients will usually present with stigmata of upper gastrointestinal bleeding, such as hematemesis, melena, presyncope and syncope, and progression to hypovolemic shock . The primary predictor of variceal bleed is variceal wall tension, which is a metric that encompasses vessel diameter (larger is worse) and pressure (higher is worse) .

Additionally, patients will often have stigmata of portal hypertension and cirrhosis – the most common etiological basis for esophageal varices.

Two types of esophageal varices have been described.

The gold-standard investigation for the evaluation of esophageal varices is esophagogastroduodenoscopy, however radiographic investigations may serve as a useful non-invasive adjunct.

Esophageal varices may be visible on plain radiograph if they are large. In such instances, they will have a non-specific appearance of a mass in the posterior mediastinum .

Esophageal and paraesophageal varices are readily visible on contrast-enhanced cross-sectional imaging, as torturous, enlarged, smooth enhancing tubular structures . They, depending on size and pressure, may protrude into the esophageal lumen . In association, the esophageal wall is also often thickened .

Digital subtraction angiography can also be a useful imaging modality in the assessment of esophageal and paraesophageal varices, providing direct visualization through catheterization and contrast injection of the left gastric vein . However, smaller varices are often not appreciated .

The mainstay of management for uphill esophageal varices is primary prevention, which can be pharmacological (typically with non-selective beta-blockers), or with invasive endoscopic variceal ligation . The decision between pharmacological or endoscopic prevention is rather complex, and depends on factors such as variceal size and severity of cirrhosis . In patients with a prior variceal hemorrhage, the focus of management is secondary prevention, which can again be pharmacological (typically with non-selective beta-blockers), with invasive endoscopic variceal ligation, or through surgical creation of a portosystemic shunt (e.g. transjugular intrahepatic portosystemic shunt) .

In the event of acute variceal hemorrhage, management includes resuscitation with intravenous fluids and blood products, administration of vasoactive drugs (such as terlipressin or octreotide), intravenous antibiotics, and endoscopic ligation . In severe cases refractory to standard management, salvage therapy with a Sengstaken-Blakemore tube or a Minnesota tube can be attempted .