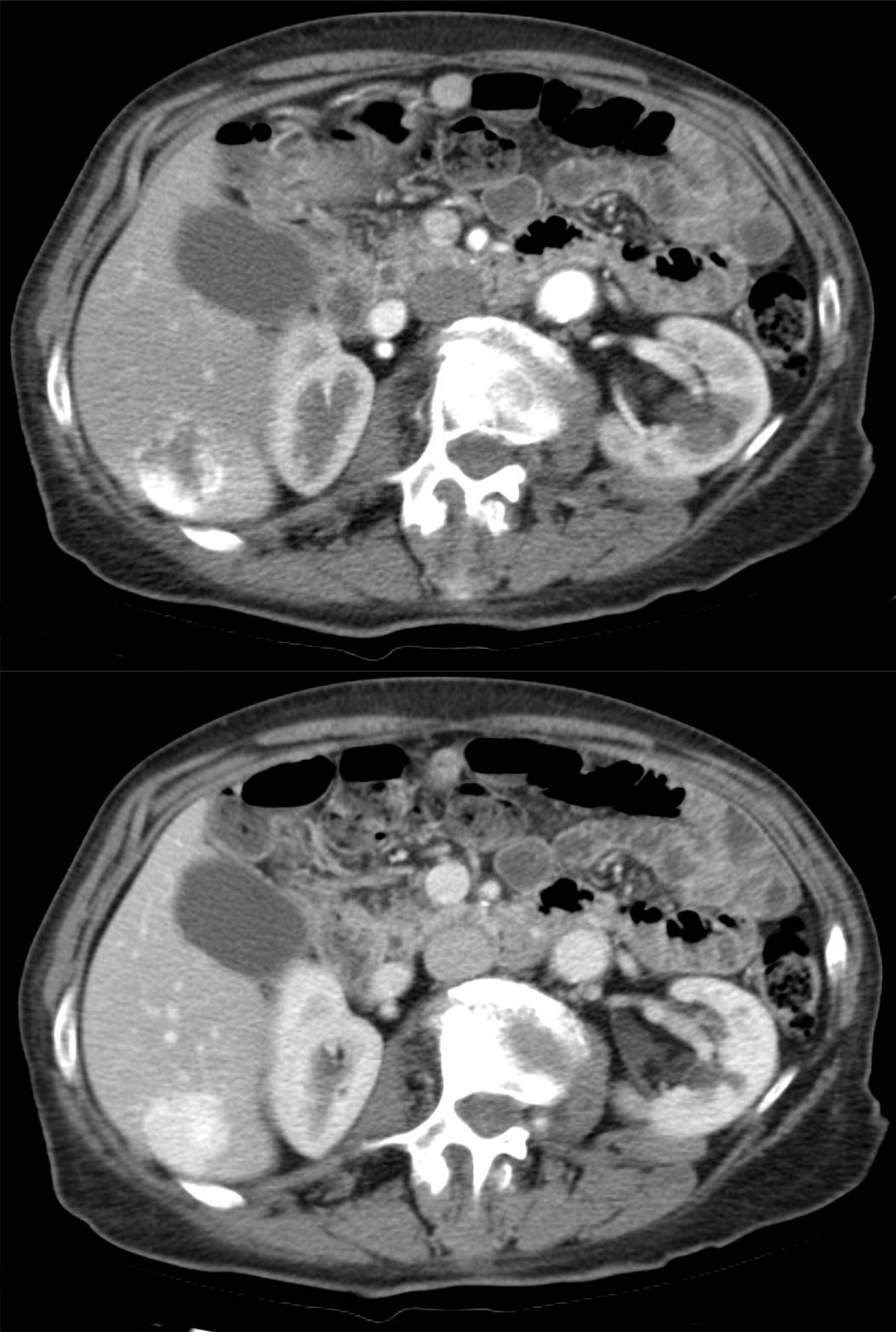 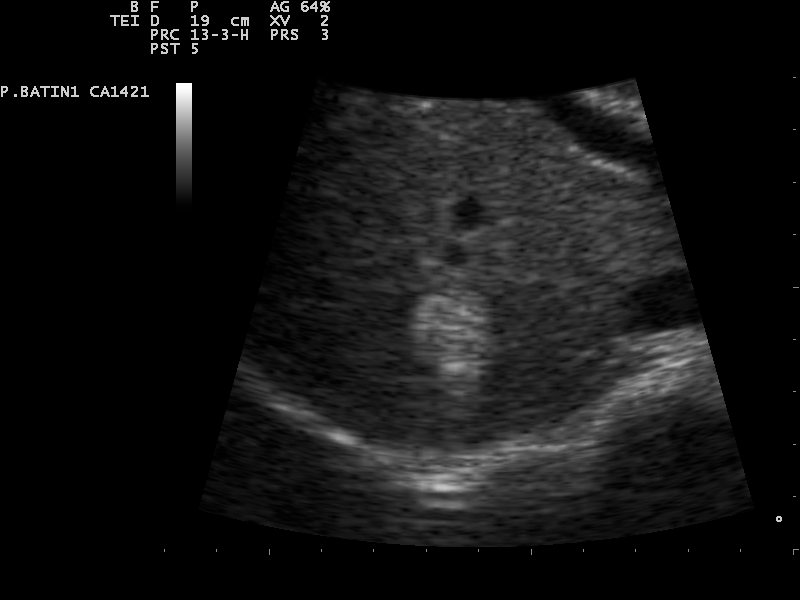 Contrast-enhanced
ultrasound of a hepatic hemangioma.
Wikipedia • CC BY 3.0 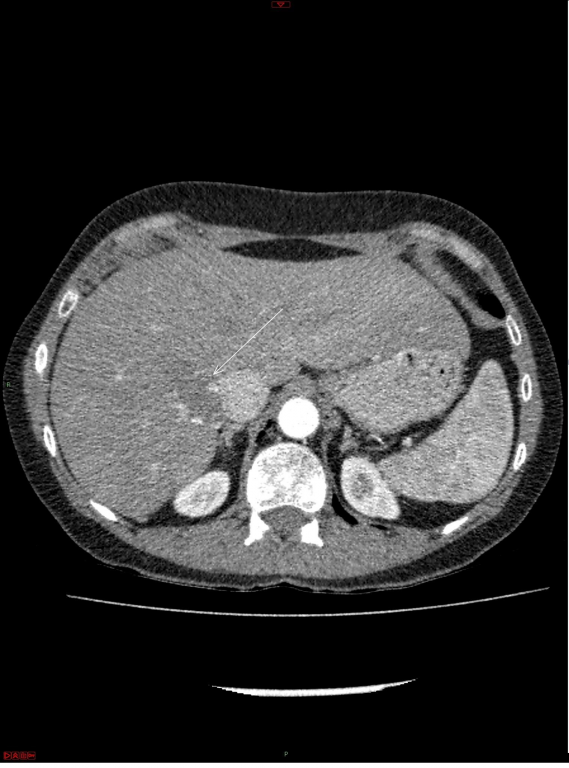 Hepatic haemangiomas or hepatic venous malformations are the most common benign vascular liver lesions. They are frequently diagnosed as an incidental finding on imaging, and most patients are asymptomatic. From a radiologic perspective, it is important to differentiate haemangiomas from hepatic malignancy.

It is important to note that according to newer nomenclature, these lesions are known as venous malformations (ISSVA classification of vascular anomalies) . Having said that, it is probably helpful to include the word 'haemangioma' in reports, as this term is ubiquitous in the literature and more familiar to many clinicians. The remainder of this article uses the terms 'hepatic haemangioma' and 'hepatic venous malformation' interchangeably.

Hepatic haemangiomas are much more common in females, with an F:M of up to 5:1 . They are rarely seen in young children, but infantile hepatic haemangioma is the most common, benign hepatic vascular tumour in infants.

Hepatic haemangiomas are thought to be congenital in origin, non-neoplastic, and are almost always of the cavernous subtype. Blood supply is predominantly hepatic arterial, similar to other liver tumours. A peripheral location within the liver is most common .

Most haemangiomas are relatively well-defined. The dynamic enhancement pattern is related to the size of its vascular space . Features of typical lesions include:

Other described features include:

They are benign lesions. Recommendations for patients with no known risk factors for hepatic malignancy can range from centre to centre from performing confirmatory examinations (MRI, triphasic CT or scintigraphy) to considering follow-up ultrasound in 6 months to confirm stability, to performing no further imaging evaluation . Some authors propose surgical resection for patients with progressive abdominal pain in combination with a size greater than 5 cm .

The diagnosis of haemangioma can usually be made with high specificity if the imaging characteristics are typical. General imaging differential considerations for a haemangioma depend on the imaging modality and the patient's history, but may include: