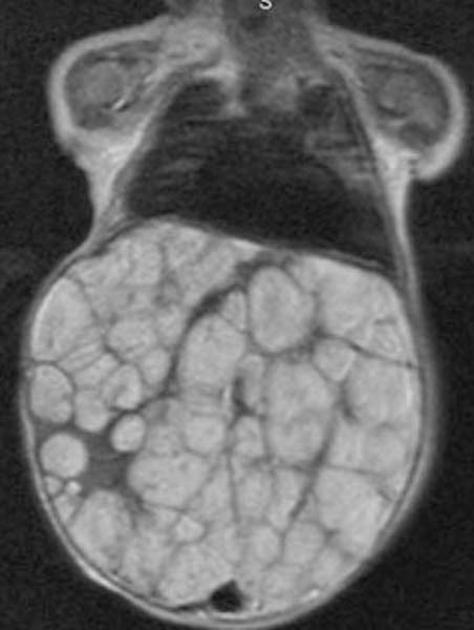 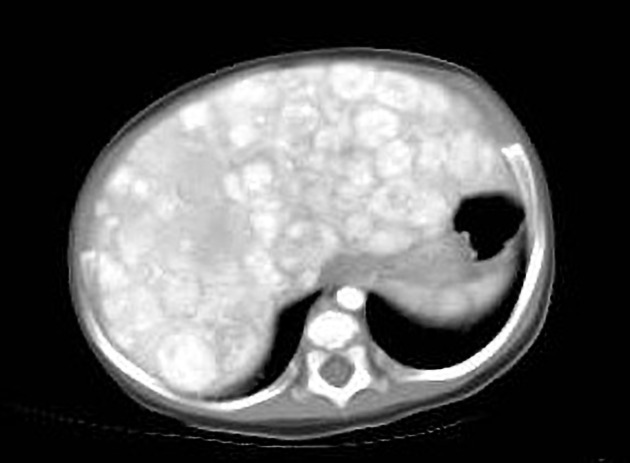 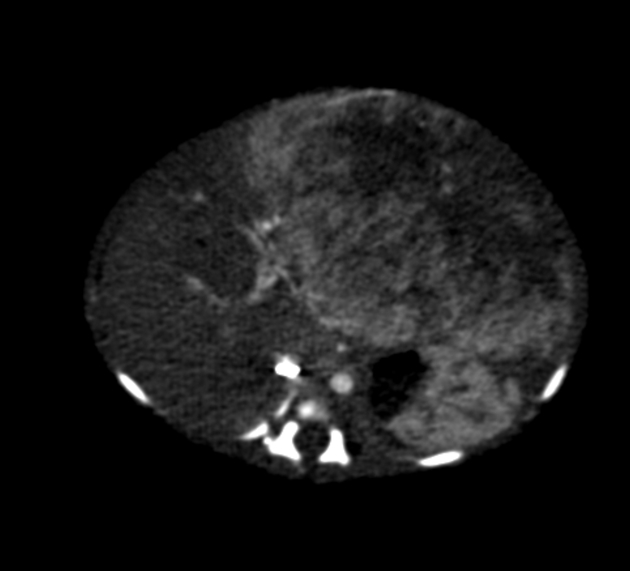 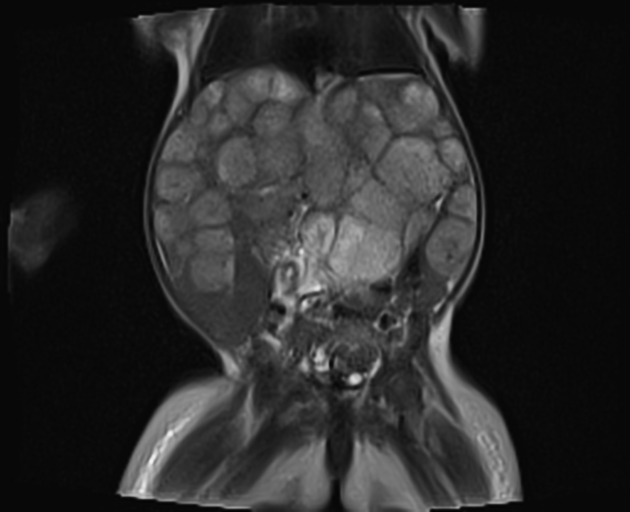 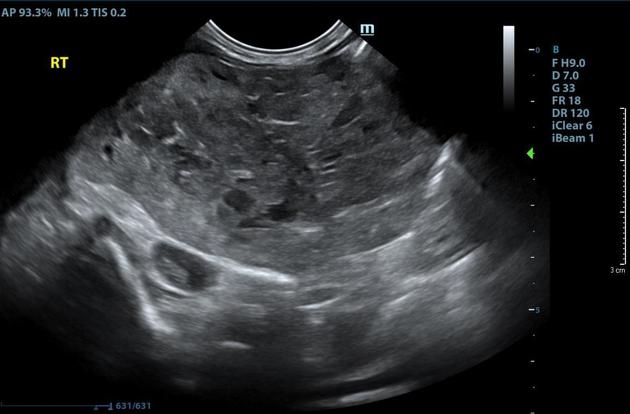 Infantile hepatic hemangiomas (IHH) are liver lesions composed of large endothelial-lined vascular channels seen in fetuses and neonates. Not to be confused with hepatic epithelioid hemangioendothelioma, which occurs in older patients.

These benign tumors were previously referred to as hepatic infantile hemangioendotheliomas, but as they are similar to hemangiomas elsewhere in the body, they have been reclassified as hemangiomas by the International Society for the Study of Vascular Anomalies (ISSVA).

Infantile hepatic hemangiomas occur in fetuses and neonates and have been detected in utero as early as at 16 weeks of gestation. It is the most frequent liver mass in infants (<6 months).

Infantile hepatic hemangiomas have substantial arteriovenous shunting which may lead to fatal cardiovascular compromise and hydrops fetalis. It may present as hepatomegaly since the entire liver is involved in most cases.

If these tumors are not detected prenatally, neonates may present with unexplained congestive heart failure.

Infantile hepatic hemangiomas are histologically similar to hemangiomas (strawberry nevus) but distinct from both adult type cavernous hemangiomas which are venous malformations and angiosarcomas.

In 3% of cases, there is elevated serum alpha-fetoprotein .

Non-specific features such as hepatomegaly and liver calcifications, present in ~15% of the cases, may be seen. Indirect signs of congestive heart failure may be present on a chest radiograph.

Infantile hepatic hemangiomas have a variable sonographic appearance and can be either hypoechoic or hyperechoic or may display mixed echogenicity with prominent vascular channels. Color Doppler sonographic evaluation will show increased flow.

There is typical peripheral enhancement with gradual filling-in. Another characteristic finding is a reduction in the aortic caliber (mid-aortic syndrome) distal to the level of the celiac axis because of the important vascular distribution toward the liver. The same process will cause celiac trunk and hepatic artery hypertrophy.

The natural history of infantile hepatic hemangiomas in infancy is a rapid, proliferative growth phase in the first six months of life, followed by regression and involution.

If the child remains asymptomatic, no treatment may be needed.

If symptoms of high output cardiac failure occur, the first line of therapy is propranolol. If medical treatment fails, the lesions may be embolized to control any arteriovenous shunting causing cardiac failure.