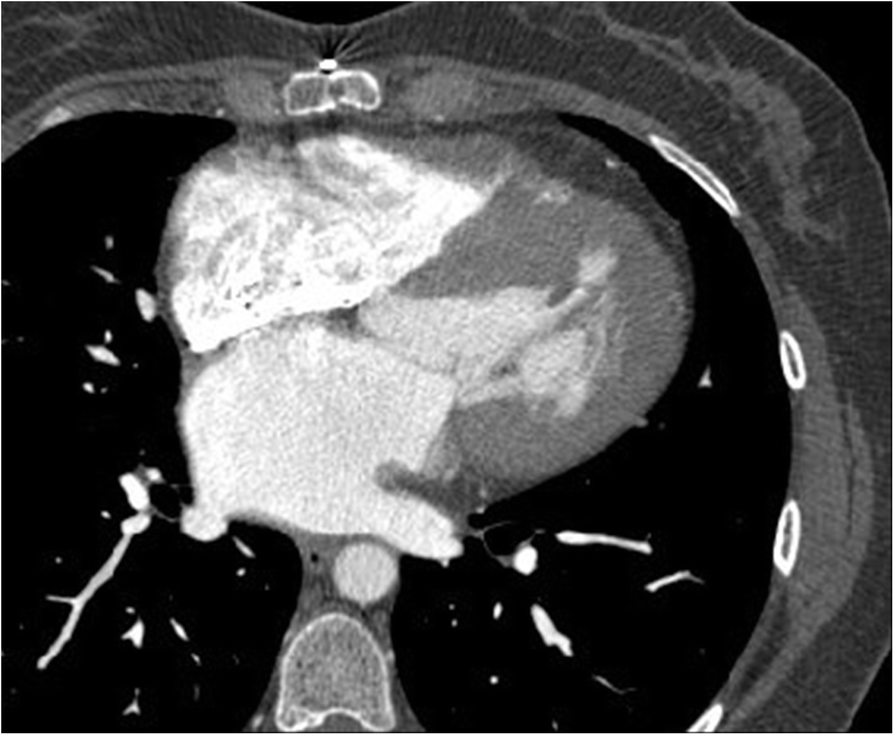 Hypertrophic cardiomyopathy (HCM) is a type of cardiomyopathy and is the leading cause of sudden death (from arrhythmias) in infants, teenagers, and young adults.

There is a slight male prevalence and is present in 1 out of 500 in the general population, probably remaining undiagnosed and asymptomatic in the majority of affected individuals .

Patients present with symptoms and signs of left-predominant congestive heart failure. Patients with a left ventricular outflow tract (LVOT) obstruction may have additional signs such as an ejection systolic murmur that is classically louder with the Valsalva manoeuver.

Morphologically there are several recognized subtypes or phenotypes of hypertrophic cardiomyopathy. It may be classified as :

Another method is a four-pattern model :

Chest radiographic findings can vary from normal to an enlarged heart. Chest radiographs are more useful in identifying complications of cardiomyopathy, such as pulmonary edema.

Echocardiography is the initial and most common imaging modality used in the evaluation of HCM due to its practical utility, availability, and high temporal resolution . It is used for evaluation of LVOT gradients and obstruction abnormalities, especially during physiologic provocation.

Using pulsed wave doppler from an apical 5 chamber view and advancing the gate from an apical to basal position the location of the obstruction may be noted, yielding a characteristic "dagger" shaped flow envelope.

ECG-gated cardiac CT is not routinely performed for HCM. It does not provide information on fibrosis and flow dynamics. However, cardiac CT offers excellent spatial resolution and serves as an alternative modality in patients in whom MRI is contraindicated .

Cardiac MRI, with its capabilities in evaluating cardiac morphology and function, has emerged as a technique particularly well-suited to HCM diagnosis and phenotypic characterization. It is superior to echocardiography in identifying areas of segmental hypertrophy not reliably visualized or underestimated by echocardiography (i.e. anterolateral and apical segments). MRI is useful in evaluating HCM patients with thin-walled scarred left ventricular apical aneurysms, end-stage systolic dysfunction, massive left ventricular wall hypertrophy, associated thickening of the right ventricular wall as well as substantial morphologic diversity with regard to papillary muscles and mitral valve.

MRI can also demonstrate systolic anterior motion (SAM) of the mitral valve, which along with basal septal hypertrophy, results in LVOT obstruction. Mitral regurgitation may also be noted.

Cardiac MRI has a role in asymptomatic HCM mutation carriers by identifying phenotypic markers of HCM in the absence of left ventricular hypertrophy including:

Treatment depends on the severity of the disease. The goal is to relieve symptoms and prevent sudden cardiac death in high-risk patients. The base of treatment is to control heart rate by avoiding extreme physical efforts and by giving medications (e.g. beta-blockers). Other treatment options include septal myomectomy, septal ablation (alcohol arterial embolization), and placement of an implantable cardioverter-defibrillator device.