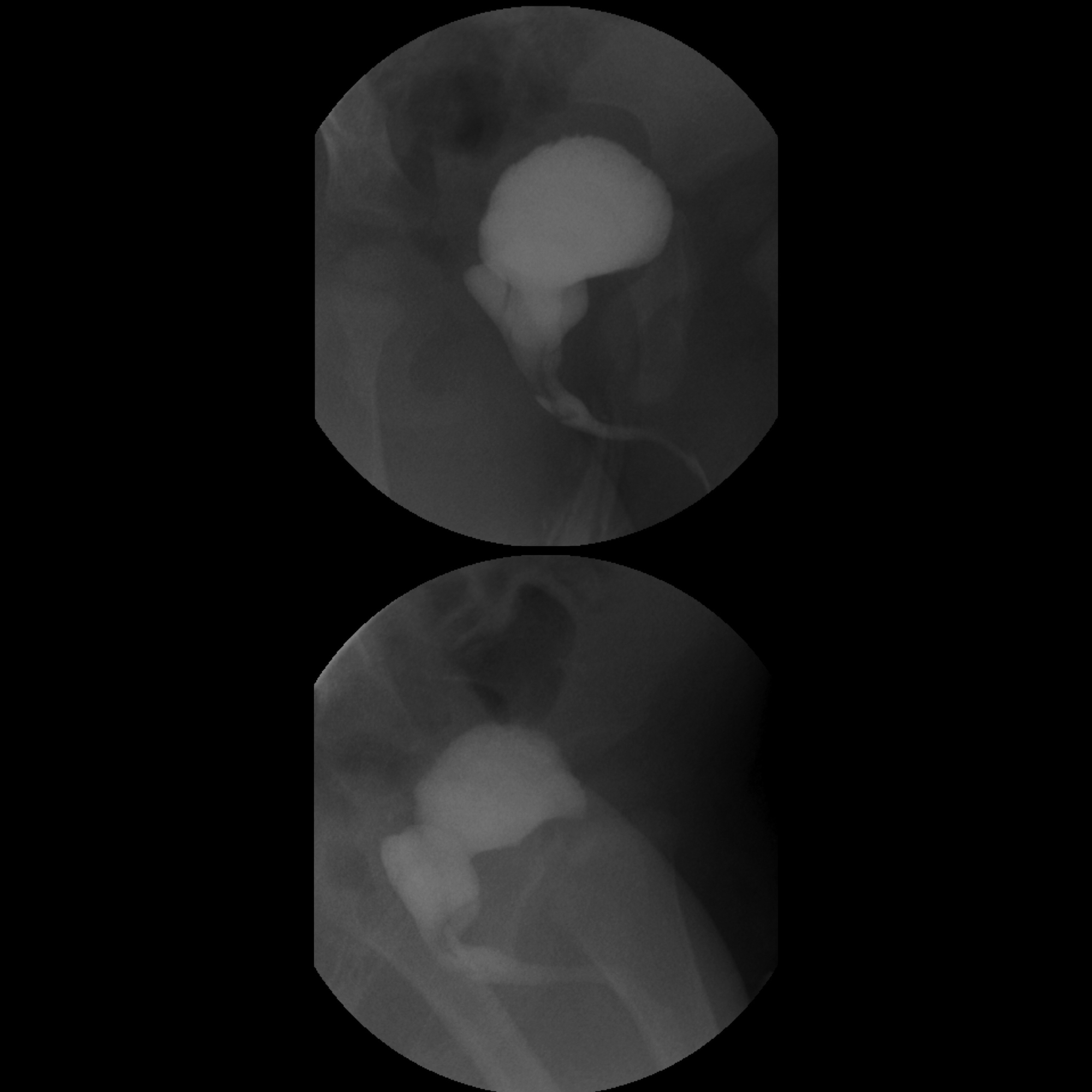 Infant with a
urinary tract infection who was difficult to catheterize. AP (above) and lateral (below) images from a voiding cystourethrogram shows a large oval structure posterior to the posterior urethra that fills with contrast during voiding and which represents a large prostatic utricle.The diagnosis was hypospadias.
pediatricimaging.org • CC-by-nc-sa 4.0
Hallo!
Radiopaedia • CC-by-nc-sa 3.0 • de

Hypospadias refers to a type of congenital malformation affecting the male external genitalia.

The urethral meatus is abnormally positioned proximally and ventrally to its normal position.

It is thought to be due to failure of fusion of the urethral groove secondary to either testosterone deficiency or end-organ insensitivity to testosterone.

Associated anomalies are common and include:

May identify an anomalous distal morphology of the penis (where it loses its pointed end, which becomes blunter or straighter, in the form of a squashed cone).

There may be small lateral folds seen as longitudinal echogenic lines (dermal remains of the prepuce).

There may be a ventral curvature of the distal penis, extension of the penile glans beyond the prepuce, and evidence of fetal micturition in a plane perpendicular to the penile shaft .