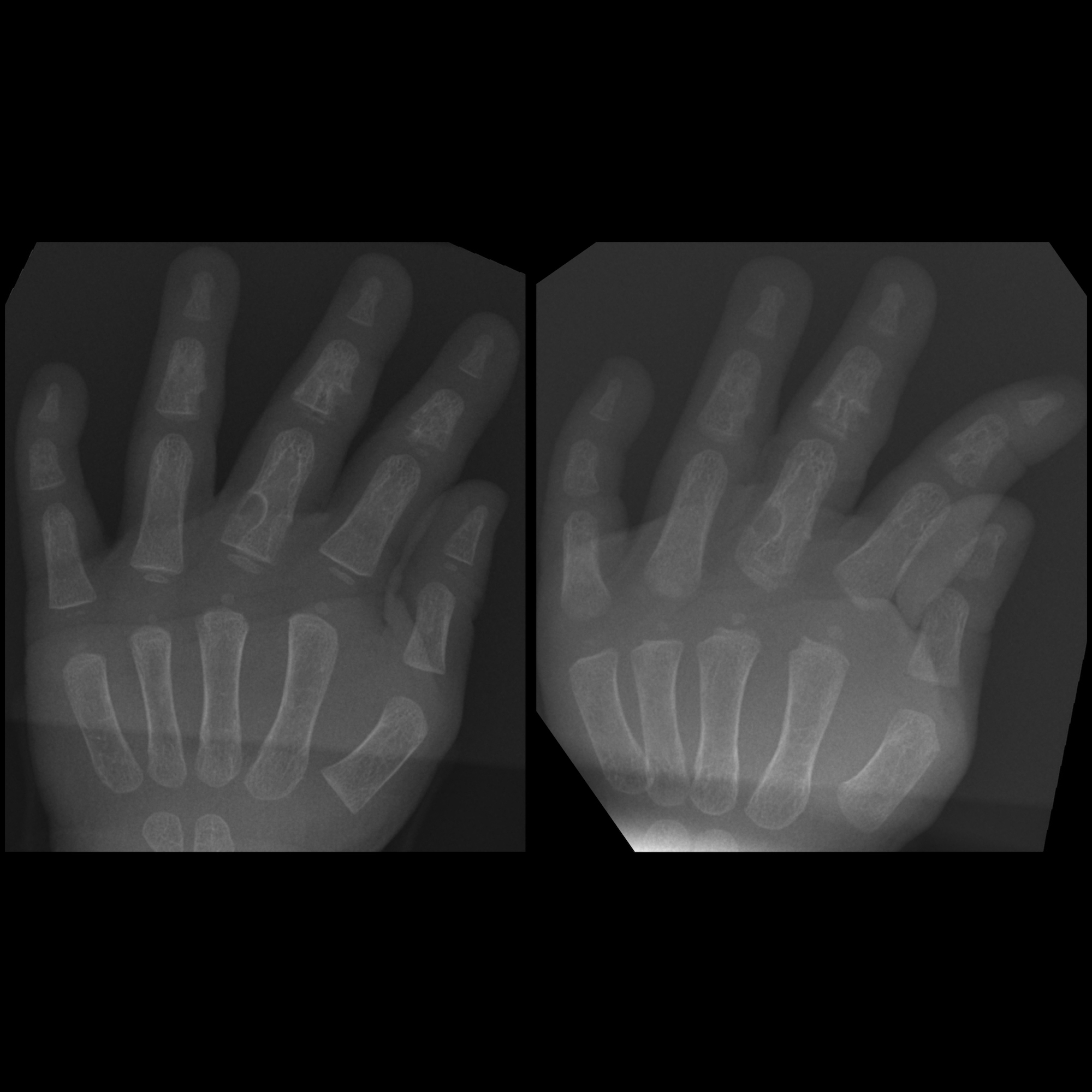 Toddler with
finger pain. AP (left) and oblique (right) radiographs of the hand show, in the second / third / fourth phalanges, multiple metaphyseal lesions that are lytic with a narrow zone of transition and no periosteal reaction.The diagnosis was enchondromatosis. The patient also had multiple soft tissue hemangiomas and therefore was diagnosed with Maffucci syndrome.
pediatricimaging.org • CC-by-nc-sa 4.0
Hallo!
Radiopaedia • CC-by-nc-sa 3.0 • de

On imaging, it is usually portrayed by a short limb with metaphyseal distortions due to multiple enchondromas, which may appear grotesque, and soft tissue masses with phleboliths depicting hemangiomas.

There is a recognized male predilection.

The clinical symptoms of Maffucci syndrome are present at birth or manifest in the 1st year of life in approximately a quarter of cases. In just under half of cases, the onset of symptoms is before the age of 6 years, and in three-quarters of cases, symptoms start before puberty. The hemangiomas appear as blue subcutaneous nodules that can be emptied by manual compression.

The distribution of enchondromas is similar to Ollier disease with the hands and feet most often being affected. The skeletal and vascular lesions in the extremities are usually asymmetrically distributed, with unilateral changes seen in about 50% of patients.

The hemangiomas are mostly located in the subcutaneous soft tissues.

When there is a shortening of the involved limb, orthopaedical surgery for limb lengthening is usually performed during childhood.

Enchondromas degenerate into chondrosarcomas in 15-51% of cases and soft-tissue hemangiomas to vascular sarcomas in 3-5%. Additionally, there is also an increase in other malignancies (pancreatic carcinoma and gliomas).