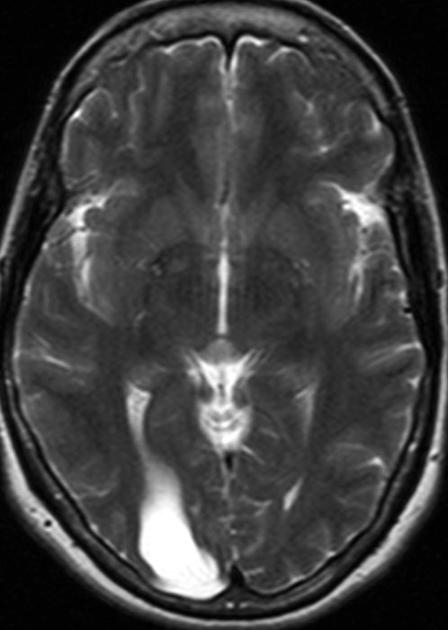 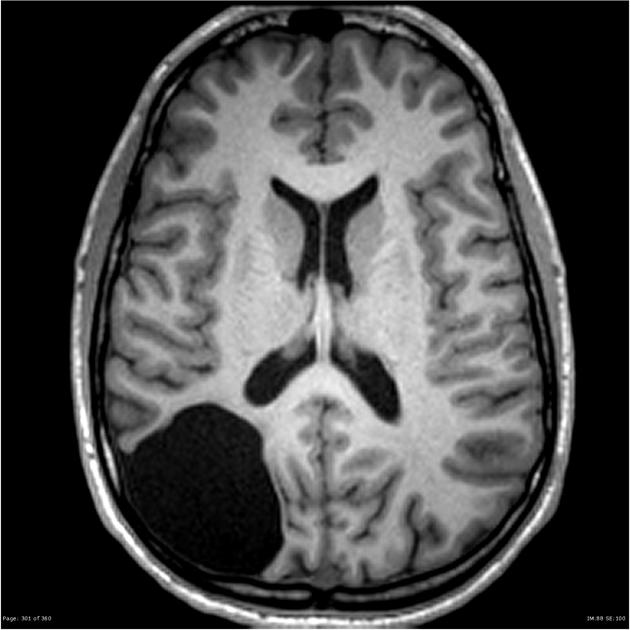 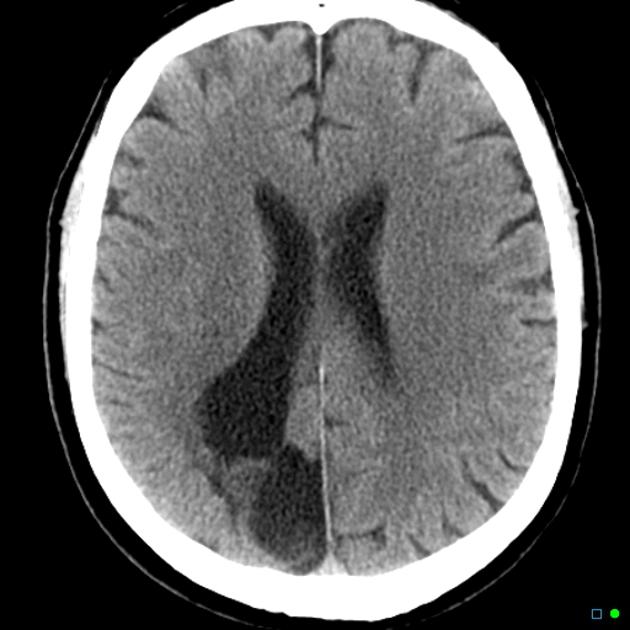 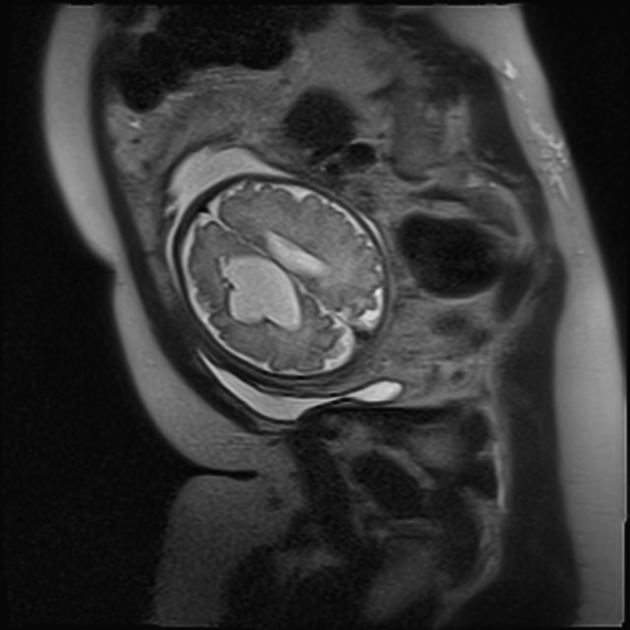 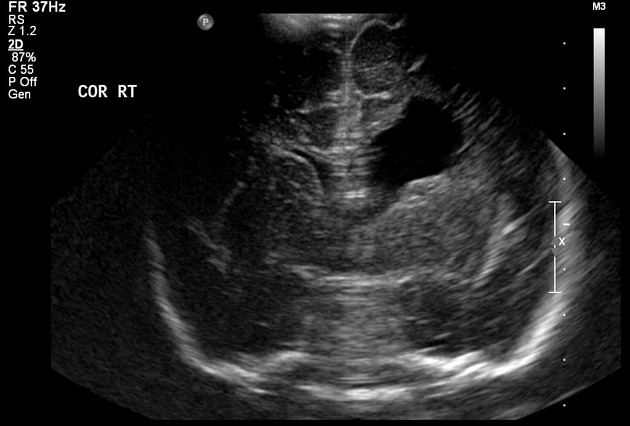 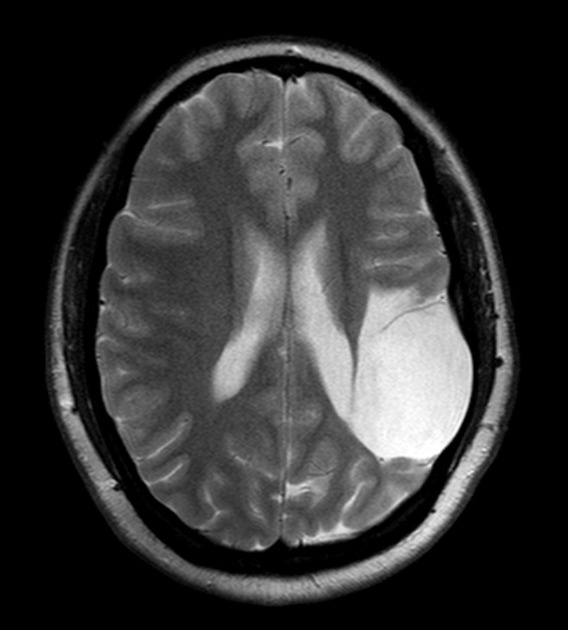 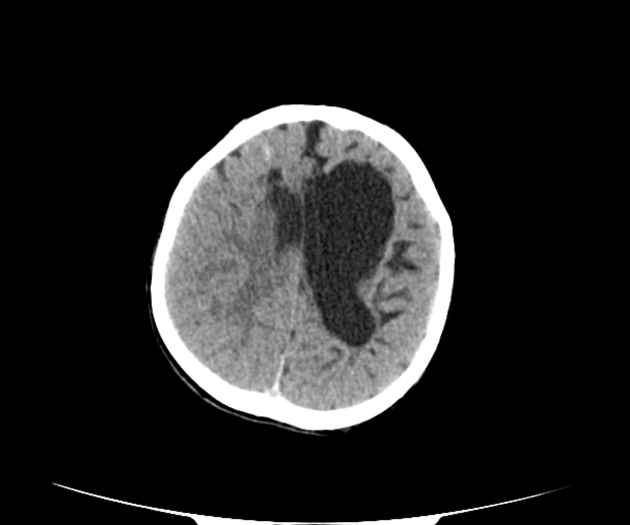 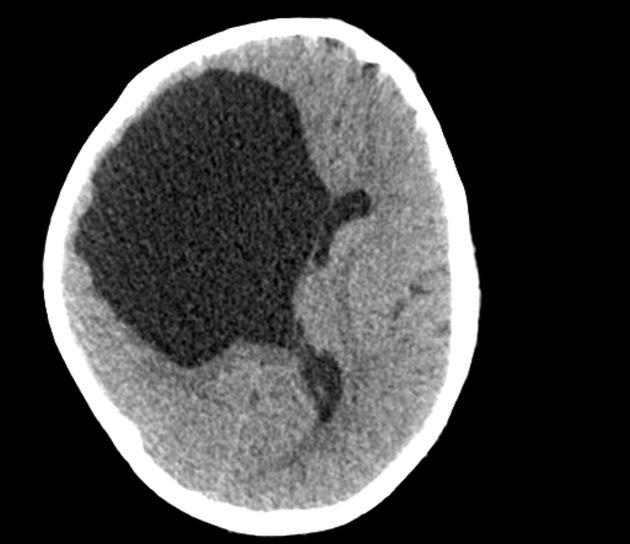 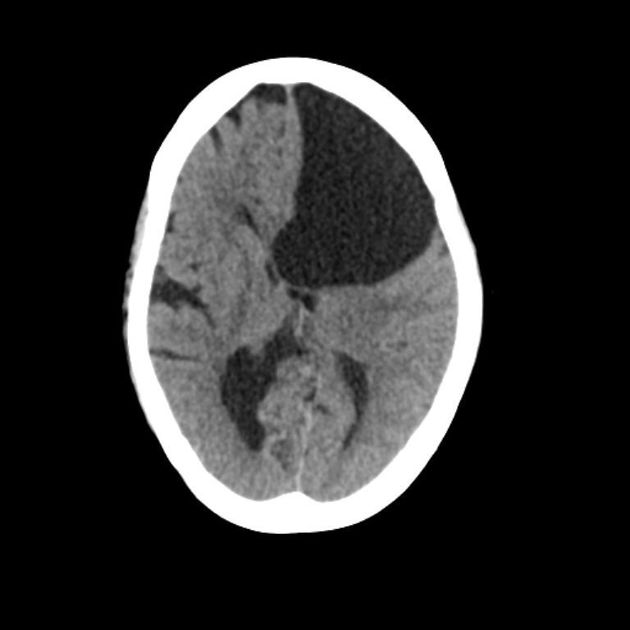 Porencephaly is a rare congenital disorder that results in cystic degeneration and encephalomalacia and the formation of porencephalic cysts. The term is used variably among radiologists with its broadest definition being a cleft or cystic cavity within the brain , and its more narrow definition being a focal cystic area of encephalomalacia that communicates with the ventricular system and/or the subarachnoid space.

For the purpose of this article, the term porencephaly is taken to mean the following: a cystic lesion of the brain due to an encephaloclastic insult (e.g. intrauterine infections and ischemia), lined by white matter, which communicates with the ventricles and/or the subarachnoid space.

Head circumference is variable. It may be normal or small, or alternatively, synechiae can create a one-way valve effect with progressive enlargement of the cyst and skull expansion or hydrocephalus, resulting in an enlarged head.

Porencephalic cysts are an uncommon congenital finding. The cysts are typically lined by white matter. They are thought to occur from focal encephalomalacia due to a localized cerebral insult most frequently during early gestation. Gliosis will develop if the insult is late enough, usually thought to be after the start of the third trimester, although perhaps insults as early as 20 weeks of gestation may result in gliosis .

On an antenatal ultrasound scan, these may be seen as one or more intracranial cysts that communicate with the ventricular system and/or subarachnoid space. There may also be asymmetrical ventricles with displacement of the midline ventricular echo .

Porencephalic cysts appear as an intracranial cyst which has a well-defined border and central attenuation the same as CSF. There is usually no mass effect on the adjacent parenchyma, although occasionally enlarging cysts do result in local mass effect. There is no enhancement with contrast and no solid component.

As with CT, the cyst appears well defined and often corresponds to a vascular territory. The cyst is lined by white matter, which may or may not demonstrate evidence of gliosis (this depends on the age at which the insult occurred, and is common in familial porencephaly). Importantly the cyst is not lined by grey matter, helpful in distinguishing them from arachnoid cysts and schizencephaly. Typically the cyst is seen to communicate with the ventricles and/or the subarachnoid space.

The content of the cyst follows CSF signal on all sequences:

Management is essentially supportive. The extent of impairment is somewhat related to the size and location of the lesion.