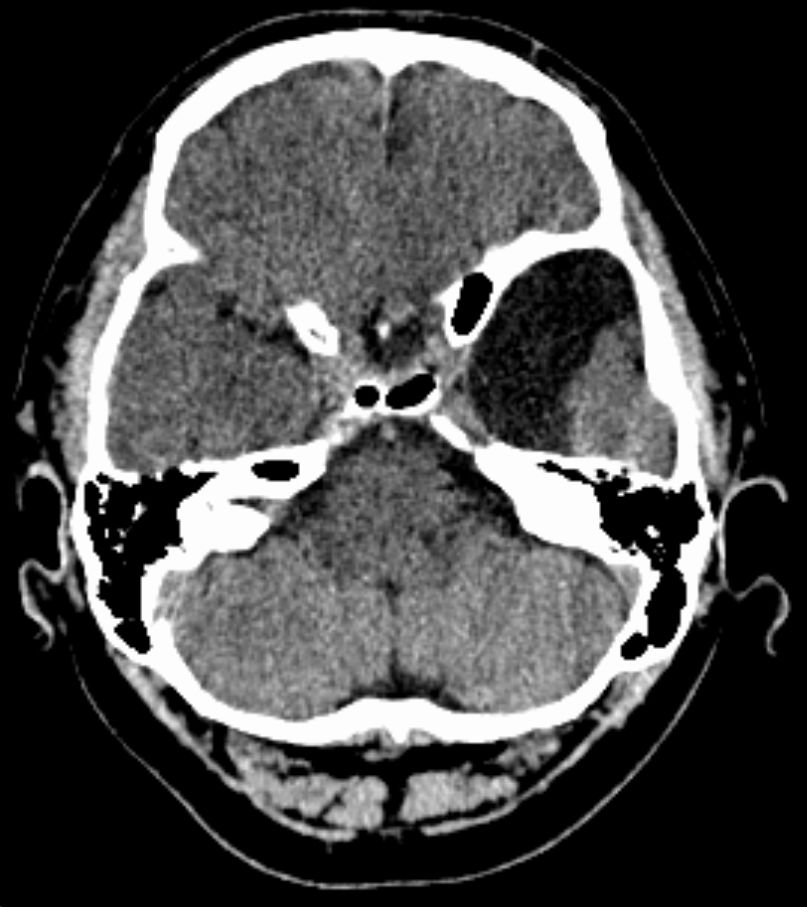 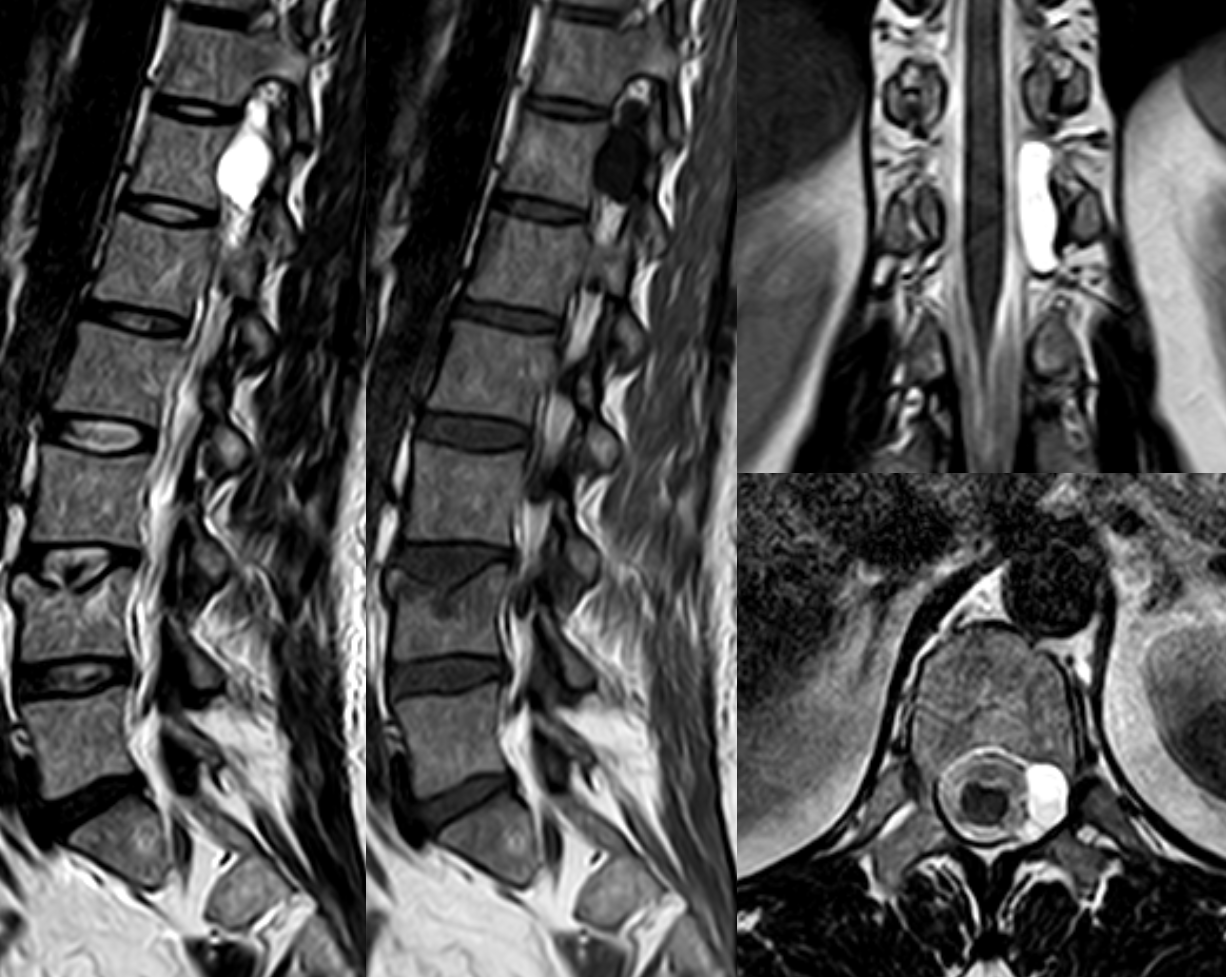 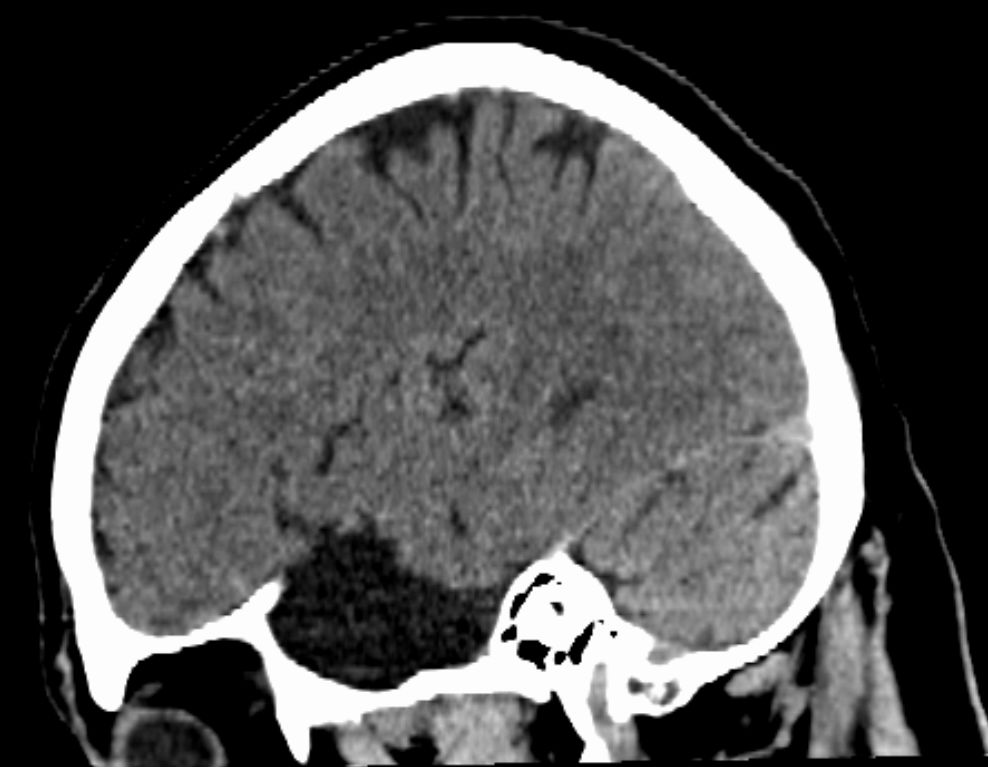 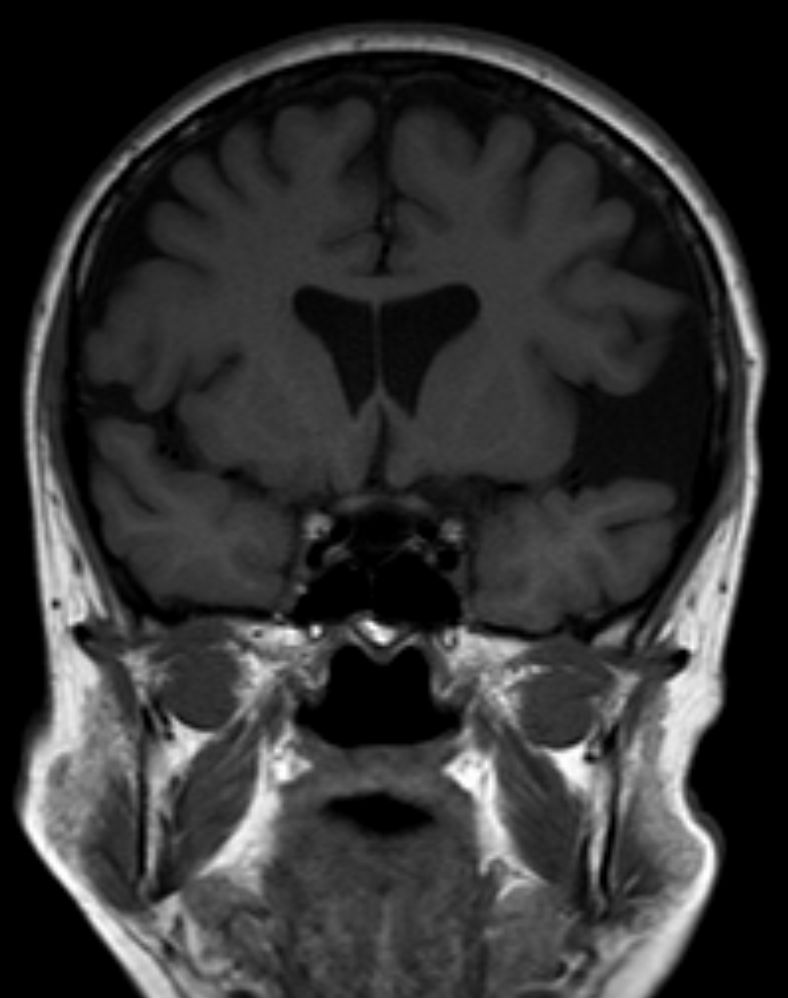 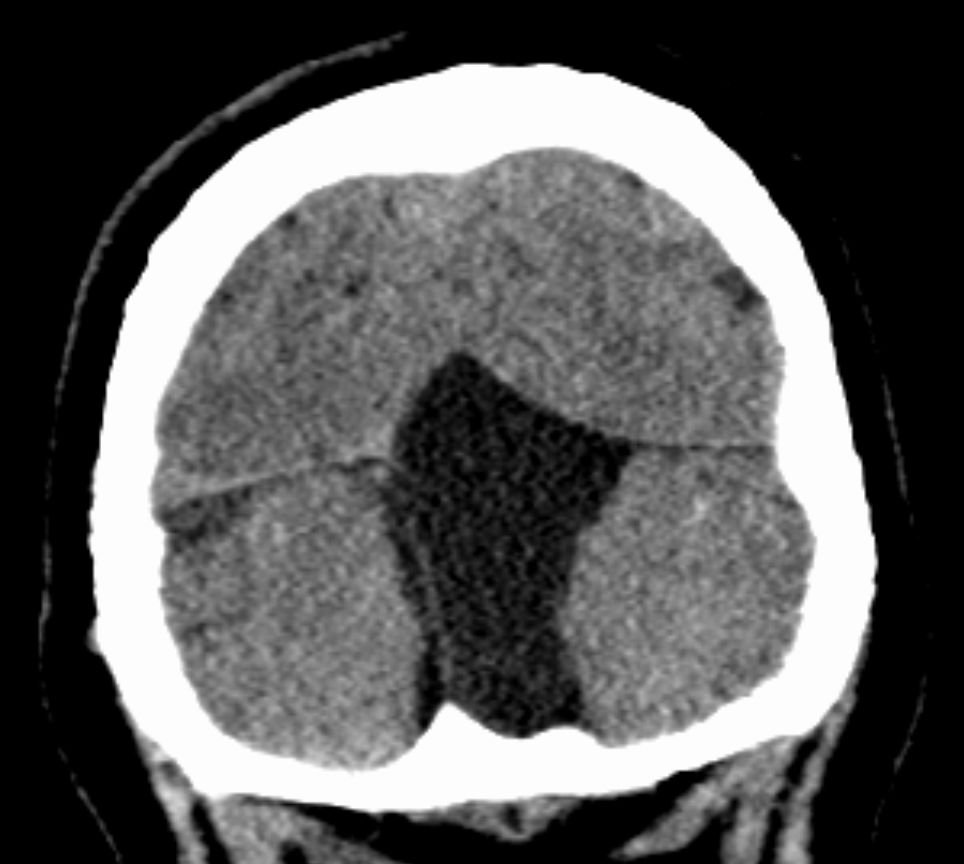 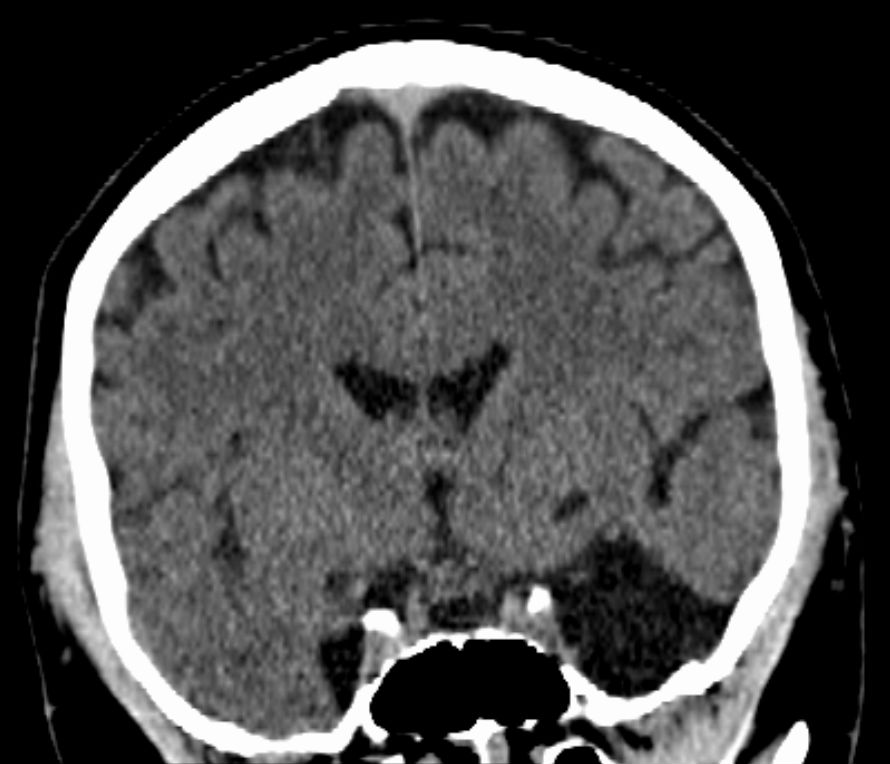 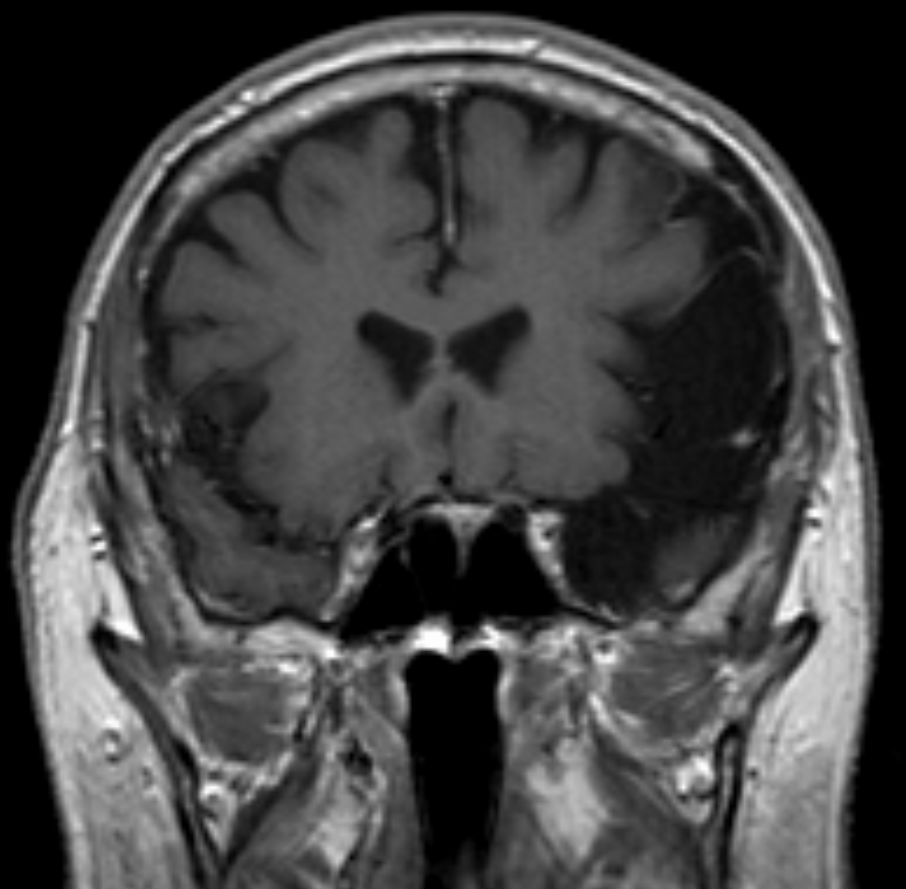 Arachnoid cysts are relatively common benign and asymptomatic lesions occurring in association with the central nervous system, both within the intracranial compartment (most common) as well as within the spinal canal. They are usually located within the subarachnoid space and contain CSF.

On imaging, they are characterized as well circumscribed cysts, with an imperceptible wall, displacing adjacent structures, and following the CSF pattern (hypodense on CT and hyperintense on T2 with FLAIR suppression on MRI). They can also have a remodeling effect on the adjacent bone.

Arachnoid cysts account for ~1% of all intracranial masses. Although the vast majority are sporadic, they are seen with increased frequency in mucopolysaccharidoses (as are perivascular spaces).

In a retrospective cohort study of 48,417 patients who underwent neuroimaging, arachnoid cysts were identified in 661 patients (1.4%) with a statistically significant male predilection .

The majority of arachnoid cysts are small and asymptomatic. Approximately 5% of patients experience symptoms and when symptoms occur, they are usually the result of gradual enlargement resulting in mass effect . This results in either direct neurological dysfunction or distortion of normal CSF pathways resulting in obstructive hydrocephalus . Sellar/suprasellar, quadrigeminal, and cerebellopontine angle arachnoid cysts were more likely to be symptomatic .

Arachnoid cysts are almost always sporadic and nonsyndromic, but association with acrocallosal, Aicardi, and Pallister-Hall syndromes have been reported .

Arachnoid cysts are thought to arise due to the congenital splitting of the arachnoid layer with accumulation of CSF within this potential space. The cyst wall is comprised of flattened arachnoid cells forming a thin translucent membrane. There is no solid component and no epithelial lining.

Arachnoid cysts can occur anywhere within the central nervous system, most frequently (50-60%) located in the middle cranial fossa, where they invaginate into and widen the Sylvian fissure. In this location, they can be classified into three types based on their size: see Galassi classification. Of these, Galassi type I is most common accounting for 78% followed by Galassi II and III with 19% and 3% respectively . The retrocerebellar location accounts for 30-40% of arachnoid cysts .

Arachnoid cysts are extremely well circumscribed, with an imperceptible wall, and displace adjacent structures. When large, and over time, they can exert a remodeling effect on the bone.

As they are filled with CSF, it is not surprising that they follow CSF on all sequences, including FLAIR and DWI. This enables them to be distinguished from epidermoid cysts for example. As their wall is very thin it only occasionally can be seen, and displacement of surrounding structures implies their presence. As there is no solid component, no enhancement can be identified.

Phase contrast imaging can also be employed not only to determine if the cyst communicates with the subarachnoid space, but also to identify the location of this communication.

Arachnoid cysts are benign, and the vast majority remain asymptomatic throughout life. If they are deemed to be causing symptoms, then surgery can be contemplated. This can either take the form of a craniotomy (fenestration or excision) or placement of a cystoperitoneal shunt.

A rare complication is spontaneous rupture in the subdural space .

Richard Bright was the first to describe an arachnoidal cyst in 1831 .