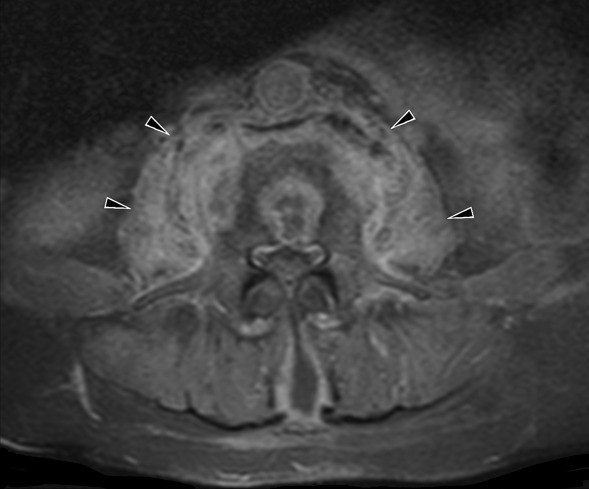 Extrapulmonary
tuberculosıs: an old but resurgent problem. Contrast-enhanced T1 weighted axial MR image of a 52-year-old male appears an inflammatory mass lesion within the adjacent soft tissues to the body of the fourth lumbar vertebra be caused by a phlegmon and abscess
insightsimaging.springeropen.com • CC-by-4.0 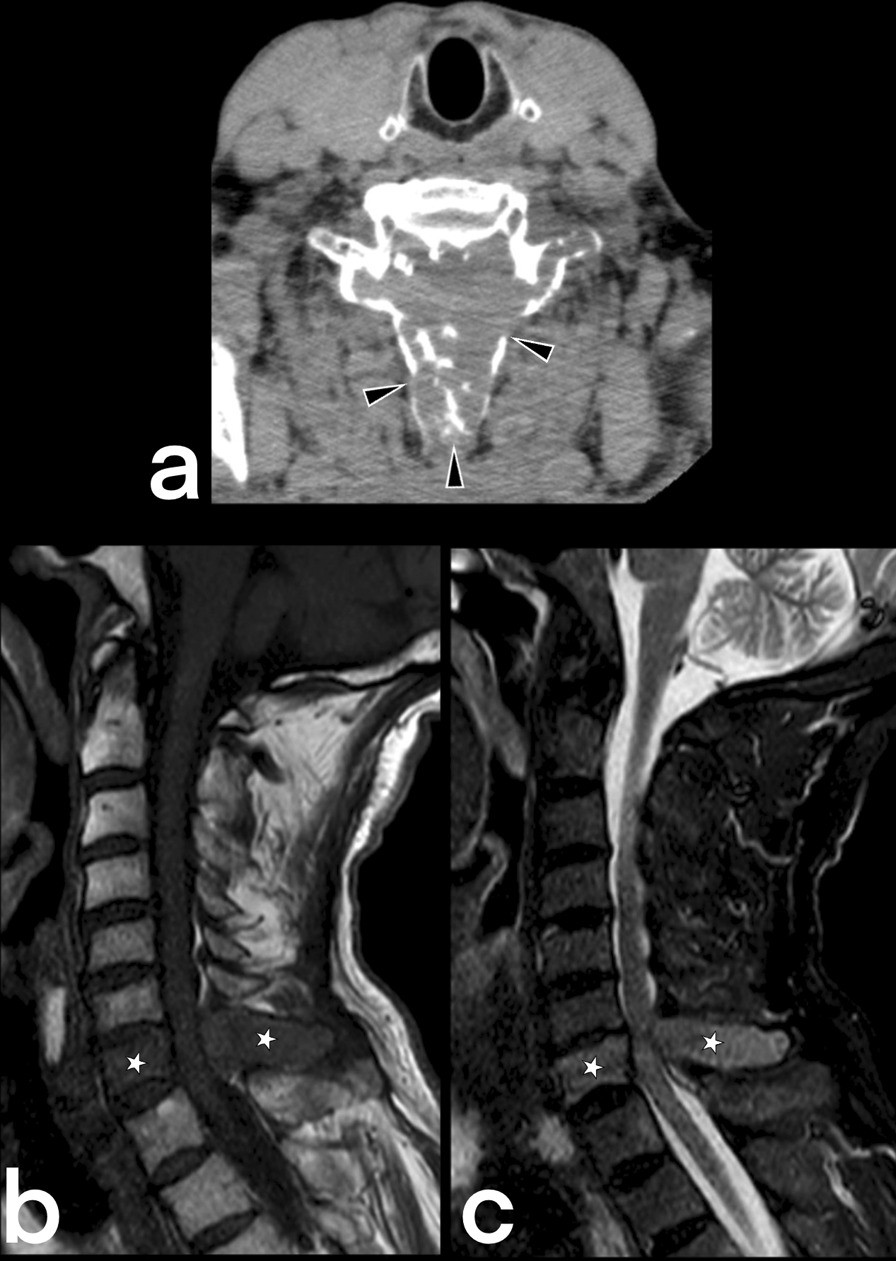 Tuberculous spondylitis, also known as Pott disease, refers to vertebral body osteomyelitis and intervertebral diskitis from tuberculosis (TB). The spine is the most frequent location of musculoskeletal tuberculosis, and commonly related symptoms are back pain and lower limb weakness/paraplegia.

Diskitis and/or osteomyelitis comprise approximately 50% of all musculoskeletal tuberculosis, and usually affects the lower thoracic and upper lumbar levels of the spine .

Patients usually present with back pain, lower limb weakness/paraplegia, and kyphotic deformity. Constitutional symptoms (fever and weight loss) are also common but not as pronounced as with bacterial diskitis/osteomyelitis.

The spine is involved due to hematogenous spread via the venous plexus of Batson . There is usually a slow collapse of one or usually more vertebral bodies, which spreads underneath the longitudinal ligaments. This results in an acute kyphotic or "gibbus" deformity. This angulation, coupled with epidural granulation tissue and bony fragments, can lead to cord compression. Unlike pyogenic infections, the discs can be preserved and it more commonly involves the thoracic spine. In late-stage spinal TB, large paraspinal abscesses without severe pain or frank pus are common, leading to the expression "cold abscess".

The spread of infection is typically described as 'sub-ligamentous': beneath the anterior longitudinal ligament, usually sparing the posterior elements and often involving multiple levels.

Tuberculous spondylitis can be difficult to detect in early stages because of relative preservation of the disc space.

Later, paraspinal collections can develop which can be remarkably large.

Ivory vertebrae can result in re-ossification. Other associated features may include:

As with other extrapulmonary TB, the chest film may be unrevealing (no pulmonary lesions seen in up to 50% of cases), with the source being a primary lung lesion that is clinically silent.

Cross-sectional imaging is required to assess better the extent of involvement and particularly for the presence of an epidural component and cord compression. MRI is the modality of choice for this, with CT with contrast being a distant second.

Features include irregularity of both the endplate and anterior aspect of the vertebral bodies, with bone marrow edema and enhancement seen on MRI:

In many parts of the developing world, TB is the most common cause of vertebral body infection, with the majority of cases seen in patients under the age of 20. TB can also affect the meninges of the spine, causing an intense pachymeningitis that enhances dramatically.