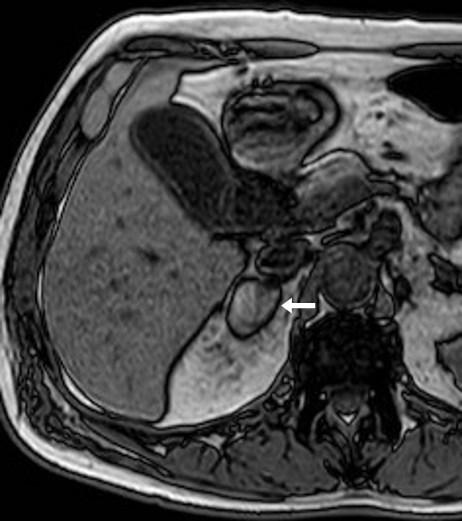 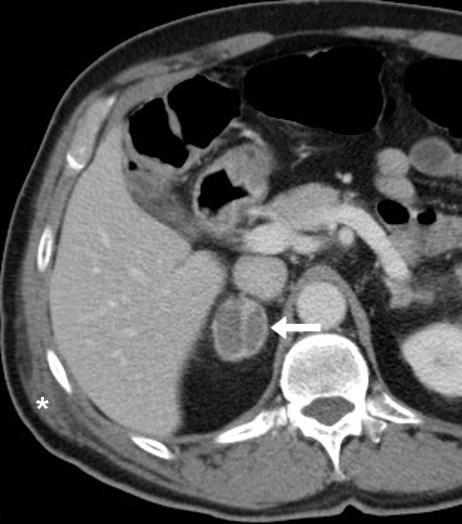 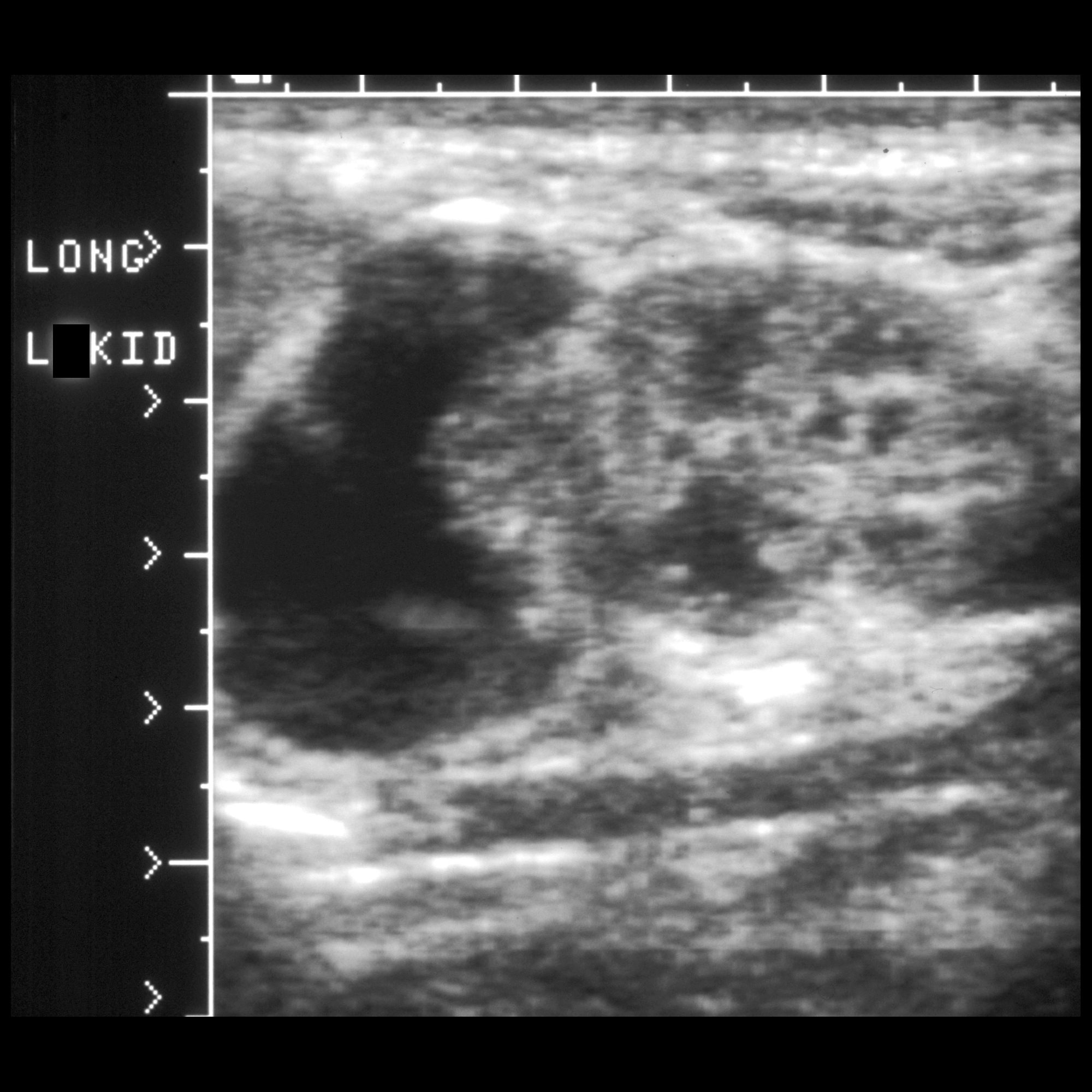 Newborn with
a left upper quadrant massSagittal US of the left kidney shows a primarily cystic appearing left adrenal mass. Over months this mass was noted to decrease in size and disappear on serial ultrasound exams.The diagnosis was adrenal hemorrhage.
pediatricimaging.org • CC-by-nc-sa 4.0 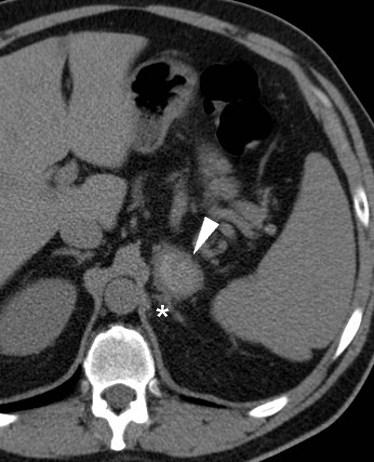 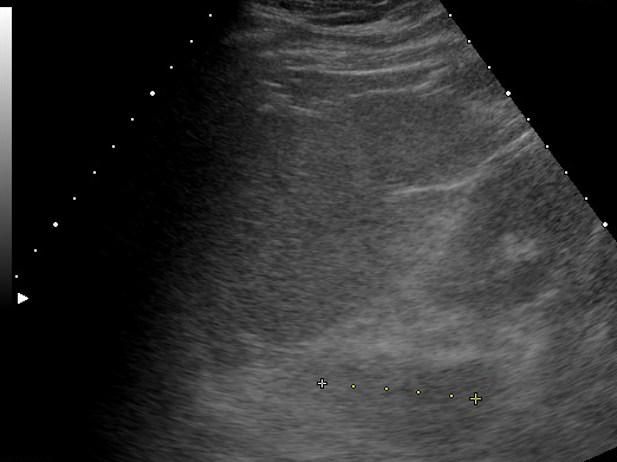 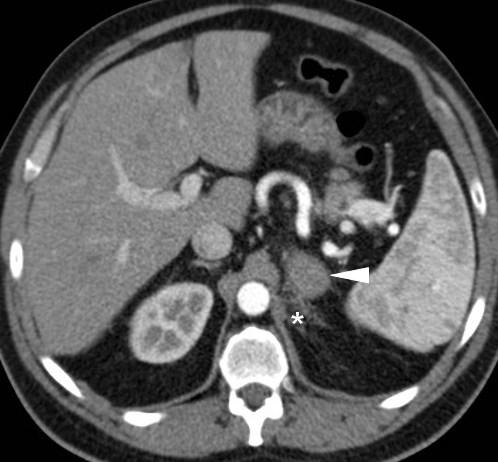 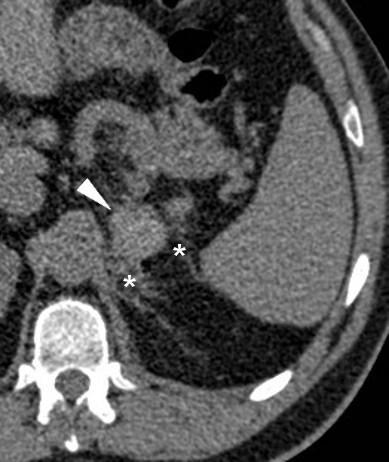 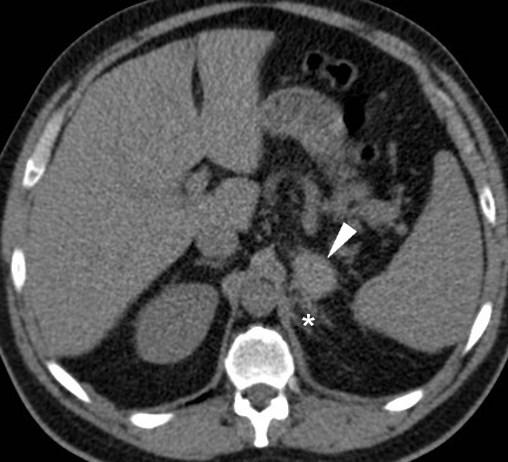 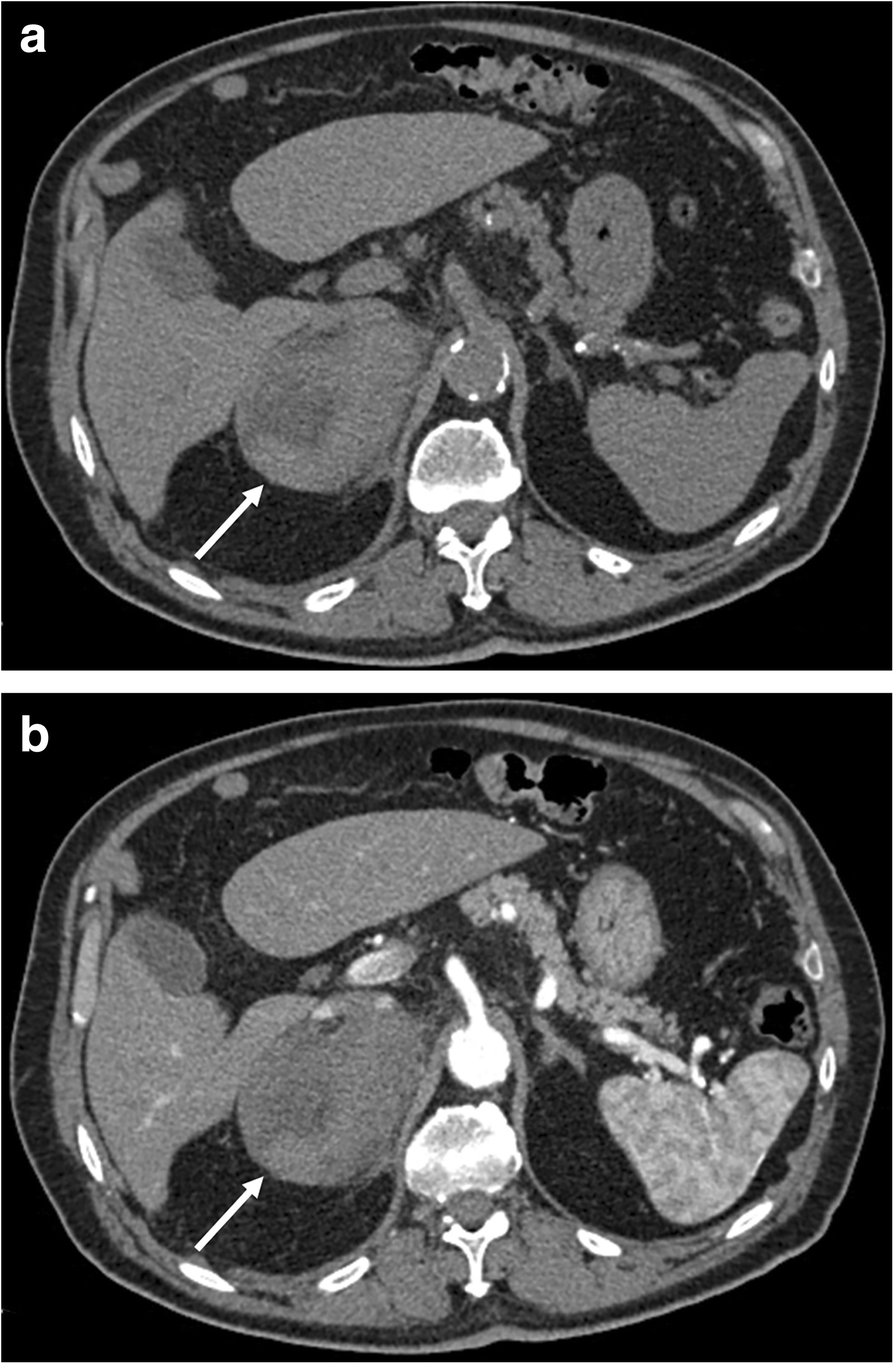 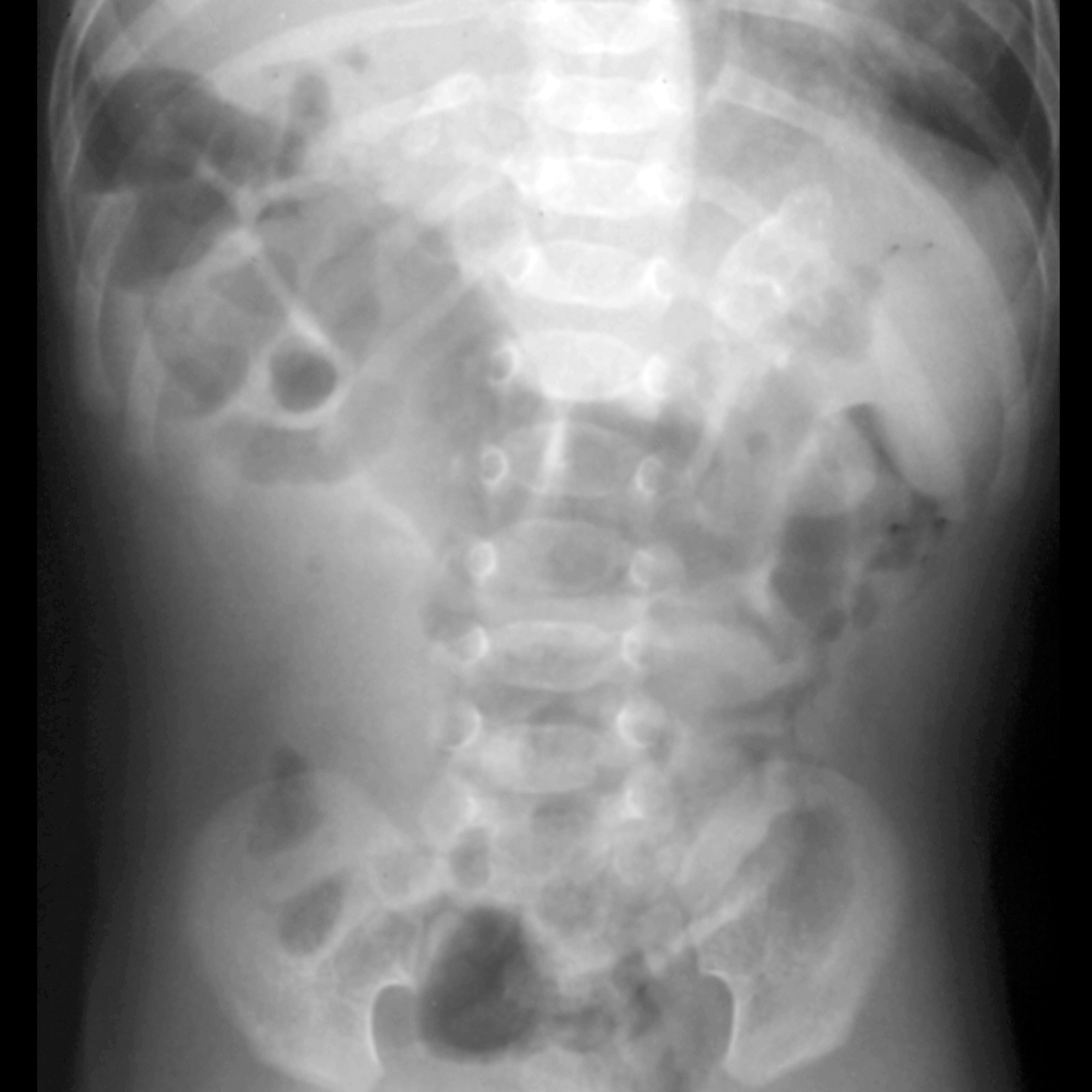 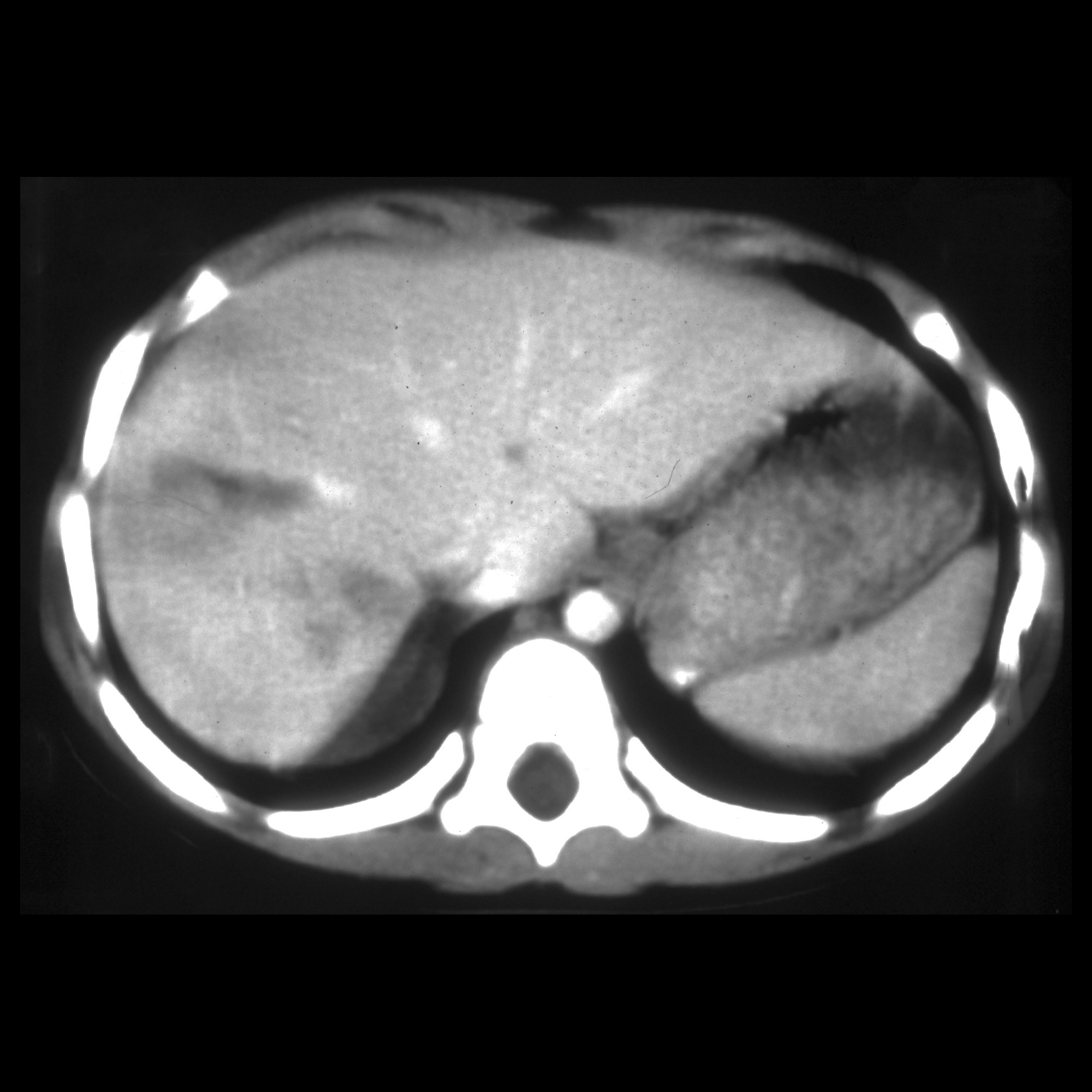 Preschooler
who fell 20 feet out a window with abdominal painAxial CT with contrast of the abdomen shows a large amount of fluid in the region of the right adrenal gland and areas of low density in the middle and posterior aspects of the right lobe of the liver.The diagnosis was right adrenal hemorrhage and liver laceration.
pediatricimaging.org • CC-by-nc-sa 4.0 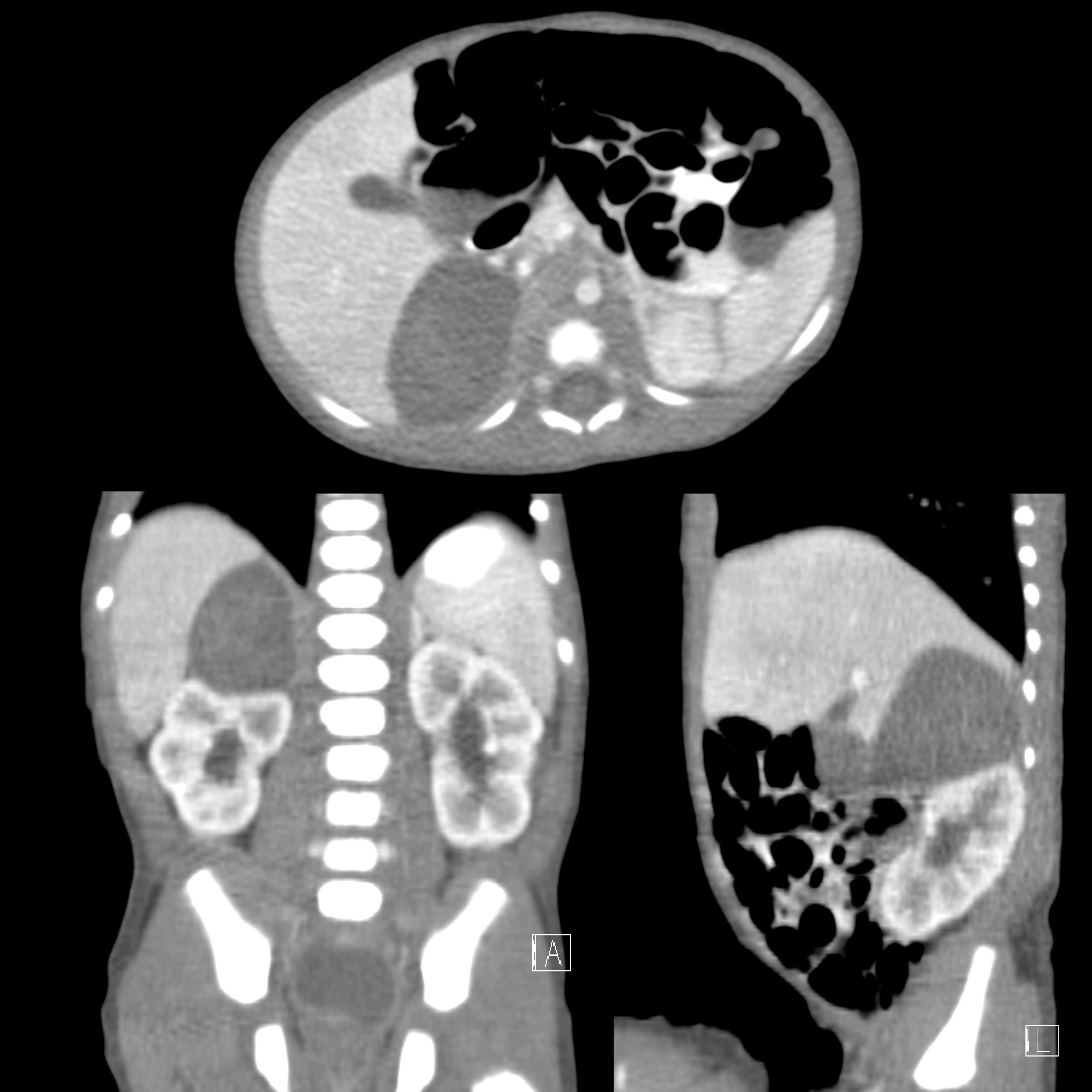 Newborn with
incidental adrenal mass on cardiac CTAxial, coronal, and sagittal CT with contrast of the abdomen shows a large right solid adrenal mass that decreased in size on serial US exams.The diagnosis was adrenal hemorrhage.
pediatricimaging.org • CC-by-nc-sa 4.0 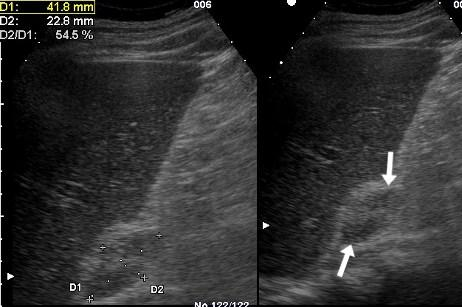 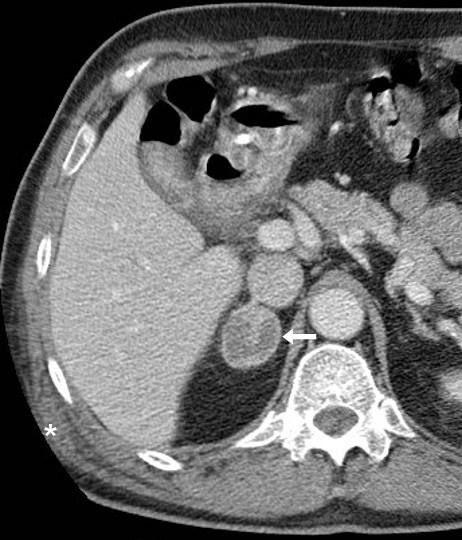 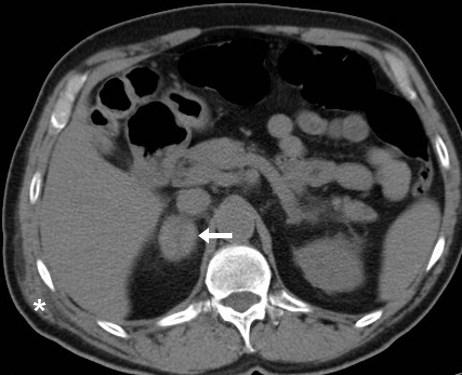 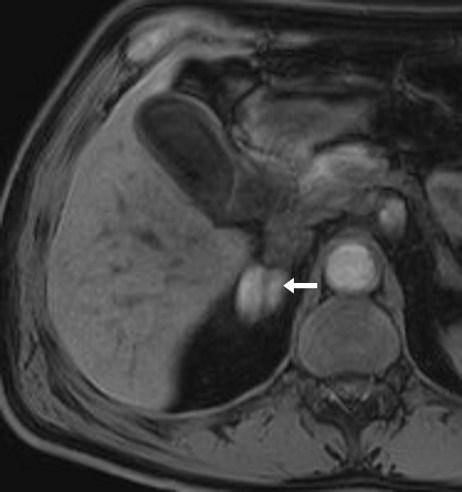 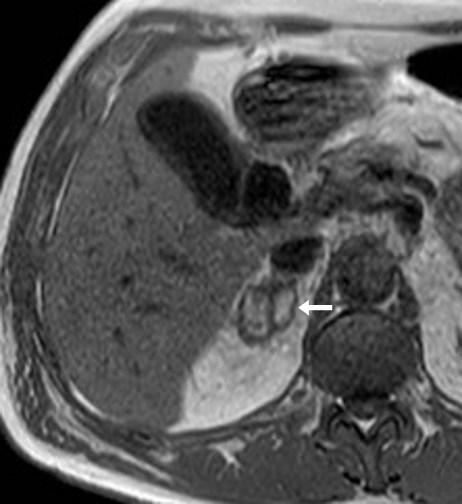 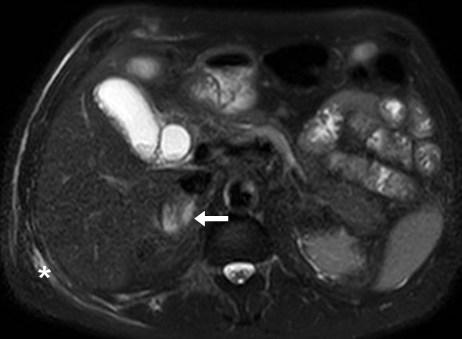 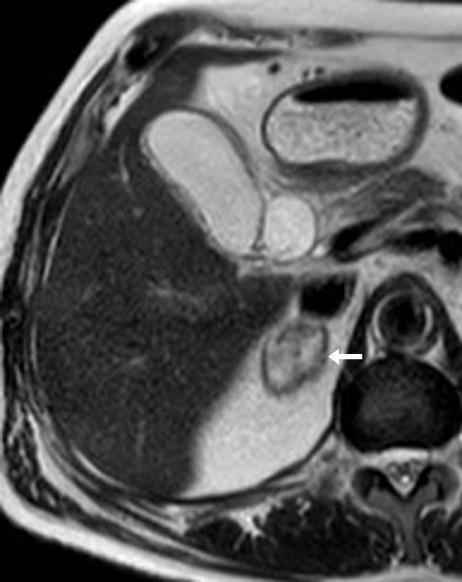 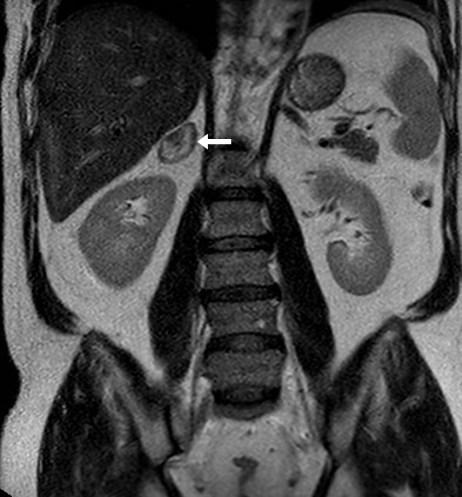 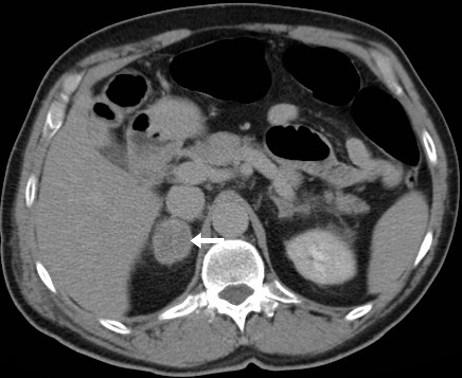 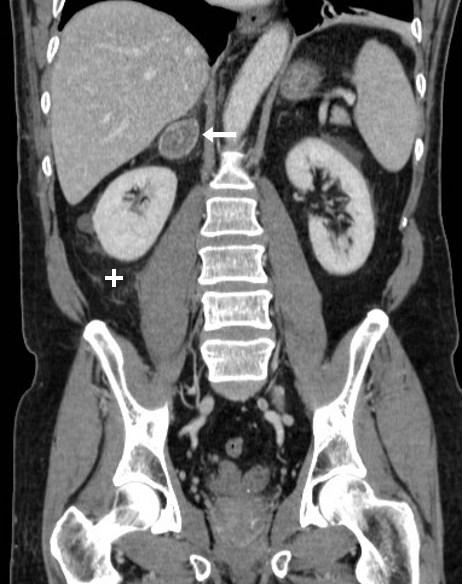 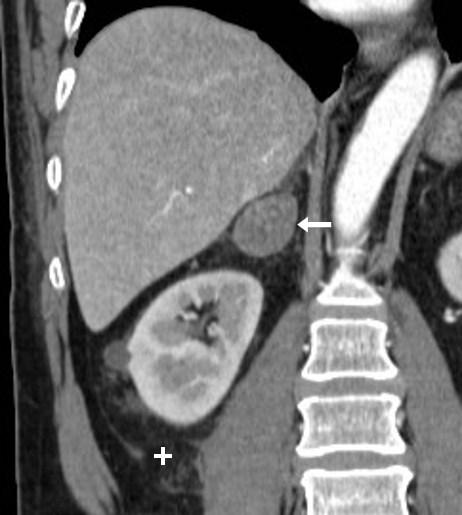 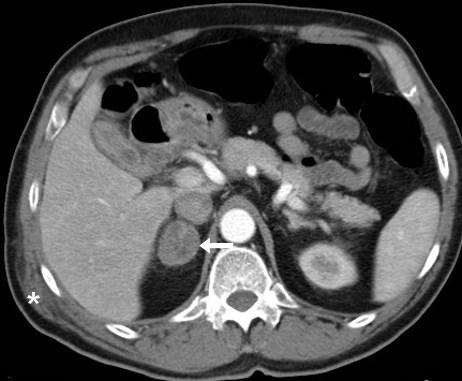 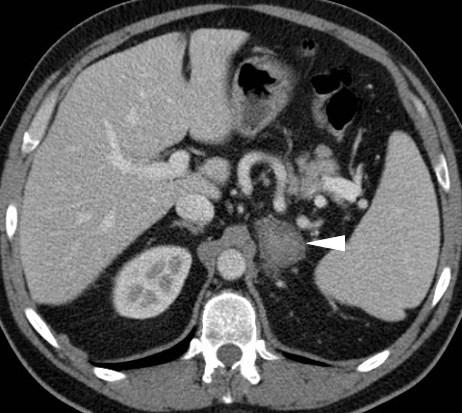 The large majority of patients with unilateral adrenal hemorrhage do not have clinically obvious signs of adrenal insufficiency and the diagnosis is usually made incidentally at imaging performed for another reason.

Bilateral hemorrhage often results in an adrenal crisis, with coma and death resulting if steroid replacement therapy is not administered promptly. Despite treatment, overall there is approximately a 15% mortality, and about 50% when in the setting of sepsis.

Adrenal hematoma can be seen in the setting of recent ipsilateral nephrectomy in about 5% of cases .

The pattern of echogenicity of an adrenal hematoma depends on its age:

Color Doppler and power Doppler imaging confirm that the mass is avascular.

Adrenal hematomas characteristically appear round or oval, often with surrounding stranding of the periadrenal fat.

The attenuation value of an adrenal hematoma depends on its age:

Of note, adrenal congestion, described as adrenal thickening and peri-adrenal stranding, has been reported to precede adrenal hemorrhage , although more research is needed to understand this process.