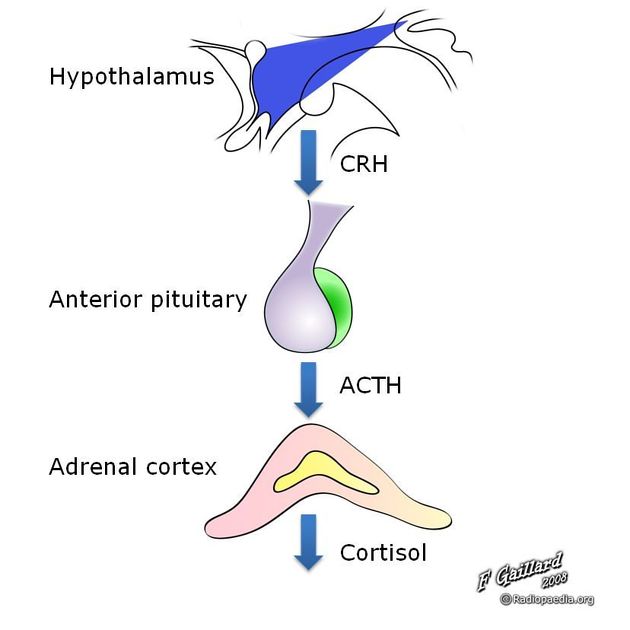 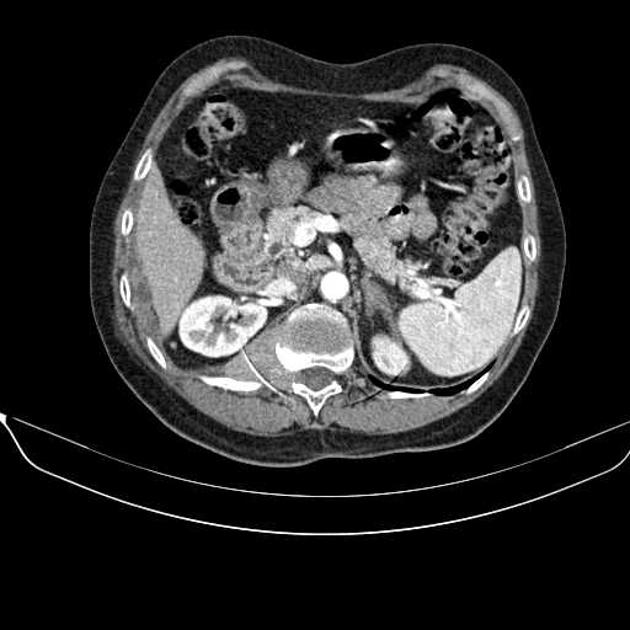 Cushing syndrome is due to the effects of excessive glucocorticoids which may be exogenous or endogenous.

Furthermore, certain patient groups may demonstrate additional or atypical clinical features depending on the etiology of Cushing syndrome :

In modern Western populations, iatrogenic steroid administration for treatment of inflammatory condition is the most common cause, e.g. asthma, rheumatoid arthritis.

The workup of Cushing syndrome requires measurement both of cortisol as well as ACTH. Measuring cortisol typically needs to be over a 24 hour period because release is intermittent.

Imaging of the suspected region is then required:

If ACTH is elevated but no microadenoma can be identified, and no ectopic source can be found, then inferior petrosal sinus sampling can be undertaken. Bilateral adrenal hyperplasia is one of the most common findings on abdominal CT.

ACTH-secreting pituitary microadenomas may be unapparent on imaging in 40-50% of cases.

Management depends on the specific etiology .

It is named after Harvey Williams Cushing (1869-1939), a pioneering American neurosurgeon, who first described a patient with hypercorticism .