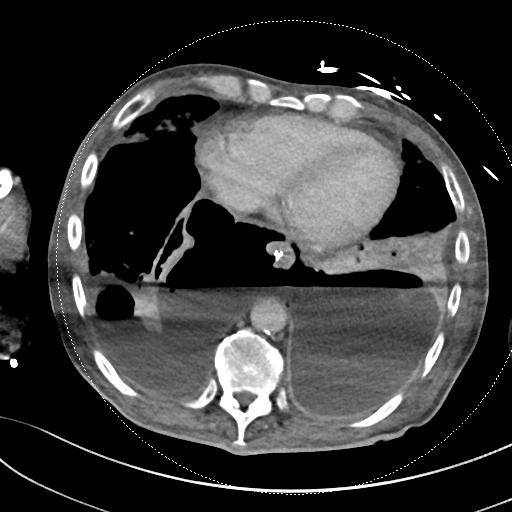 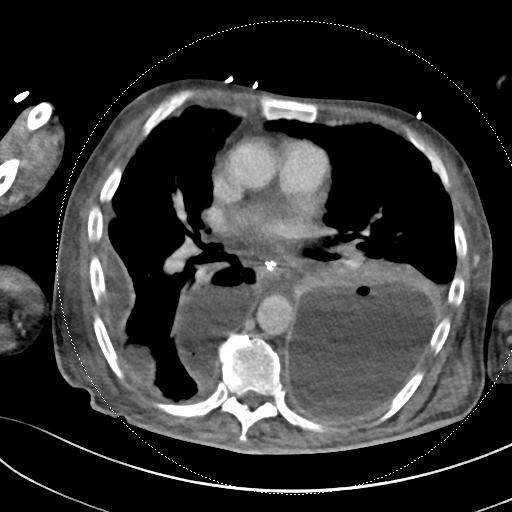 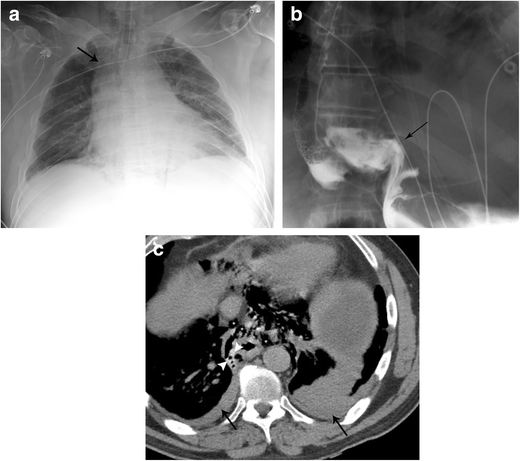 Boerhaave syndrome refers to an esophageal rupture secondary to forceful vomiting and retching.

It tends to be more prevalent in males, with alcoholism a risk factor. The estimated incidence is ~ 1:6000.

They are often associated with the clinical triad (Mackler's triad) of vomiting, chest pain and subcutaneous emphysema. Other symptoms include epigastric pain, back pain, dyspnea and shock. This condition was universally fatal before the age of surgery.

It is thought to occur due to a forceful ejection of gastric contents in an unrelaxed esophagus against a closed upper esophageal sphincter/cricopharyngeus. The tears are vertically oriented, 1-4 cm in length. Approximately 90% occur along the left posterolateral wall of the distal esophagus, 3-6 cm above the esophageal hiatus of the diaphragm .

Chest radiograph findings are often non-specific, and the radiograph may be normal. The classic chest radiographic findings include pneumomediastinum, left pleural effusion and left pneumothorax. Gas may also be seen with the soft tissue spaces of the chest wall and the neck.

Another sign that may be present is the Naclerio V sign, which describes a focal, sharply marginated region of paraspinal radiolucency in on the left side immediately above the diaphragm .

Other reported findings include:

Mediastinal infection and sepsis can be life-threatening (mortality as high as 35% ), especially if there is a delay in diagnosis. Surgery is the gold standard treatment. However, there is an emerging use of conservative methods, namely esophageal stenting. Mortality can be as low as 6.2% when identified and treated in the first 24 hours .

It is named after Hermann Boerhaave (1668-1738), a Dutch professor of clinical medicine. The syndrome was described after the case of Dutch Admiral Baron Jan von Wassenaer, who died of the condition.