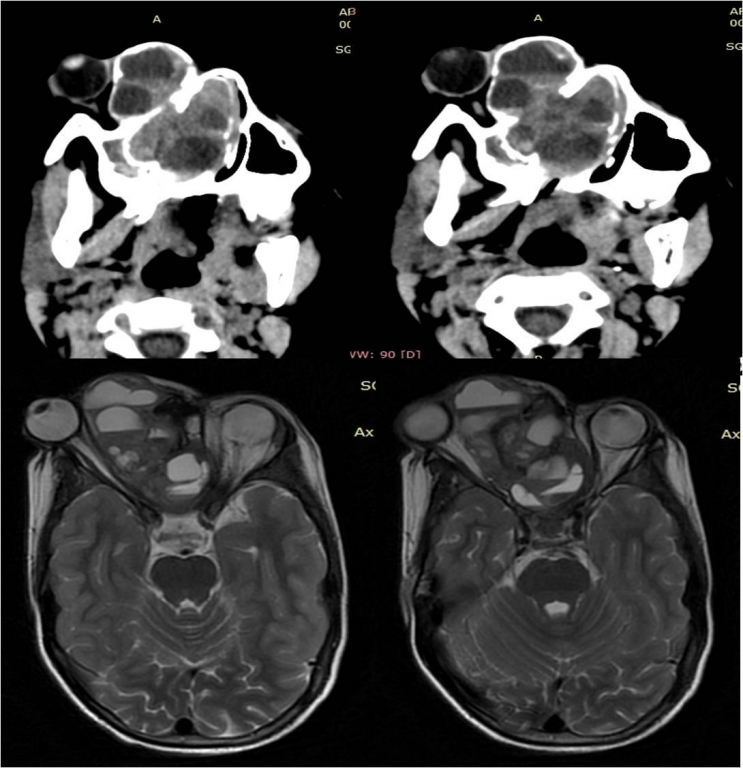 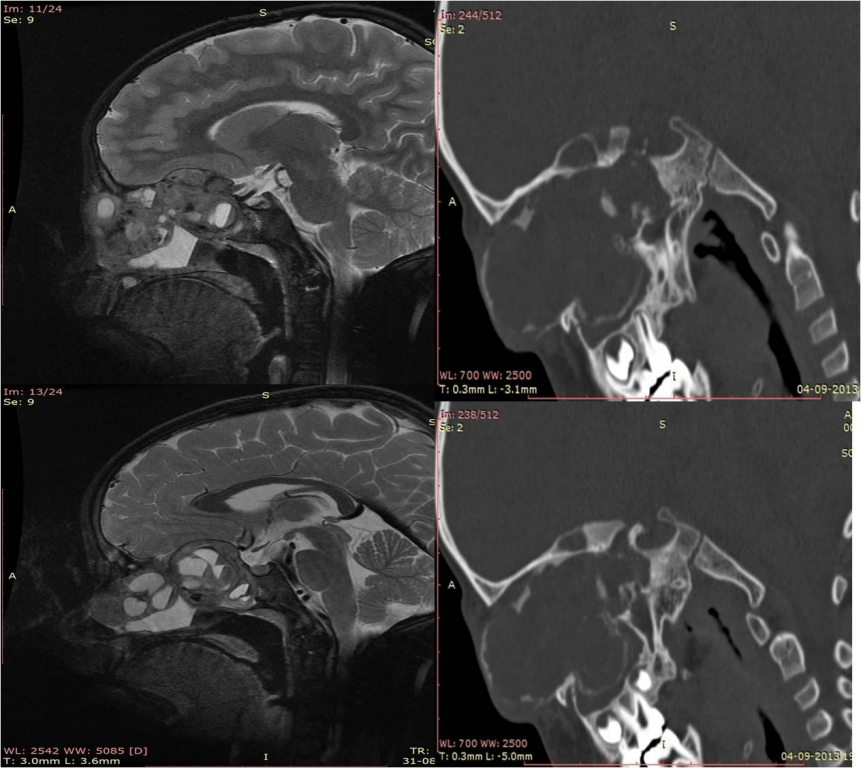 Central giant cell lesions (granulomas), also known as giant cell reparative cysts/granulomas, occurs almost exclusively in the mandible, although cases in the skull and maxilla have been reported.

It is most frequently seen in young women (F:M 2:1) and typically presents in the 2 and 3 decades.

The lesion consists of non-neoplastic vascular tissue, with giant cells and hemosiderin. It is thought to occur as a local reparative inflammatory process likely relating to trauma.

Usually located in the anterior part of the jaw.

Imaging features are generally nonspecific on both CT and MRI . It begins as a small lucent region, and gradually as it enlarges thin trabeculae of bone become apparent, giving it a honeycomb multilocular appearance. The lesion may demonstrate expansion, root resorption, and erosion through or remodeling of the overlying cortex.

Some authors believe that cherubism (usually considered a form of fibrous dysplasia) is actually a special form of giant cell reparative granulomas .

Primary resected surgically. Recurrence rates of up to 15% have been reported.