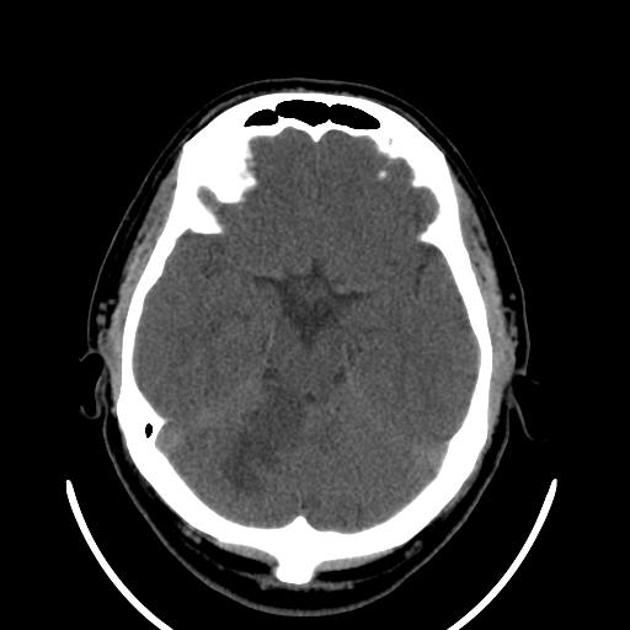 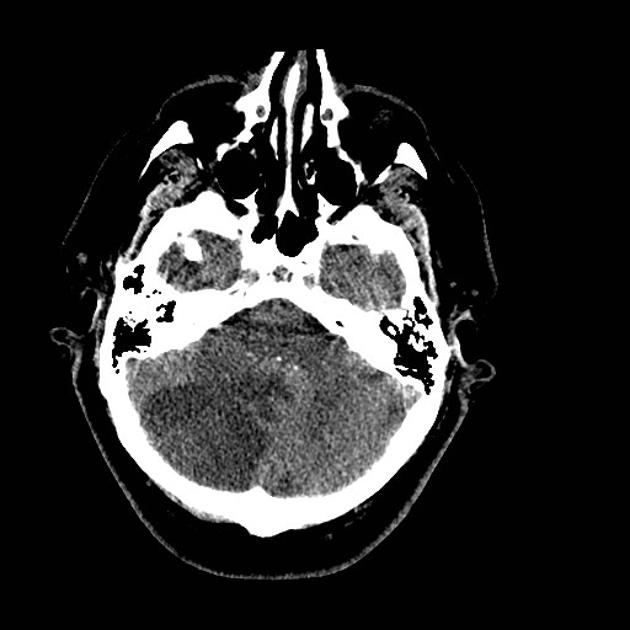 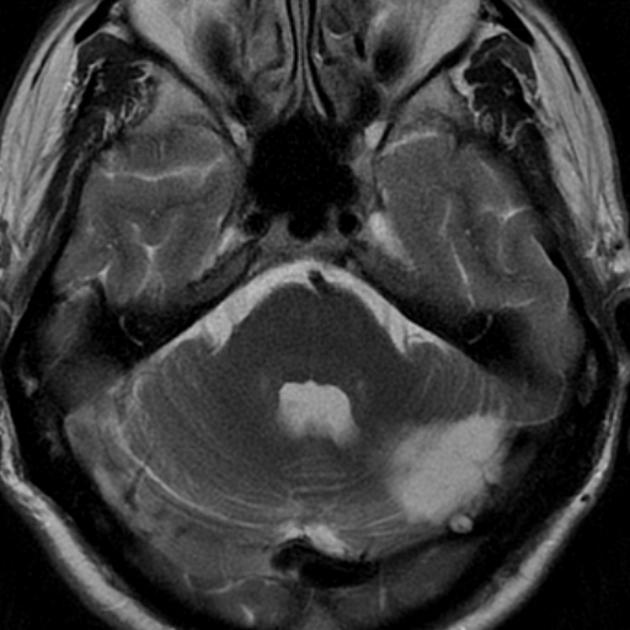 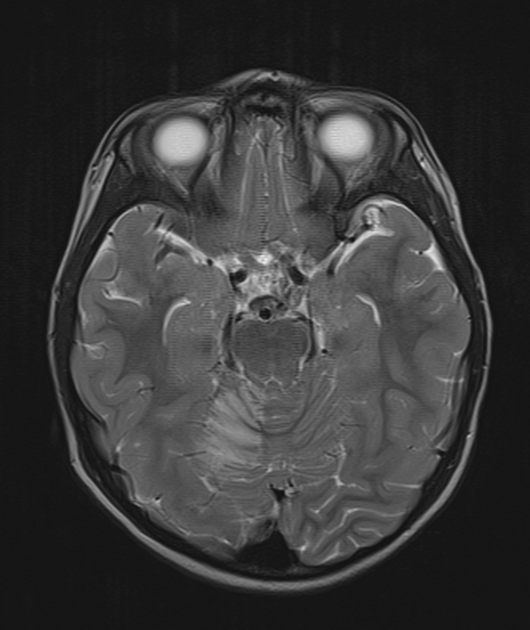 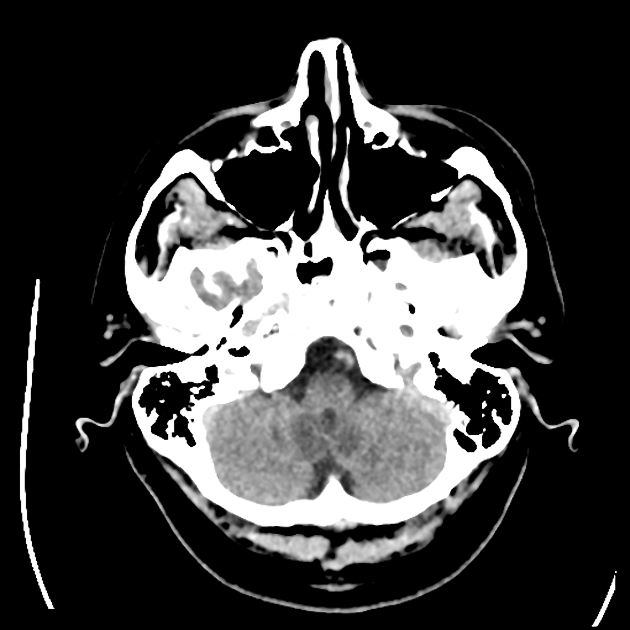 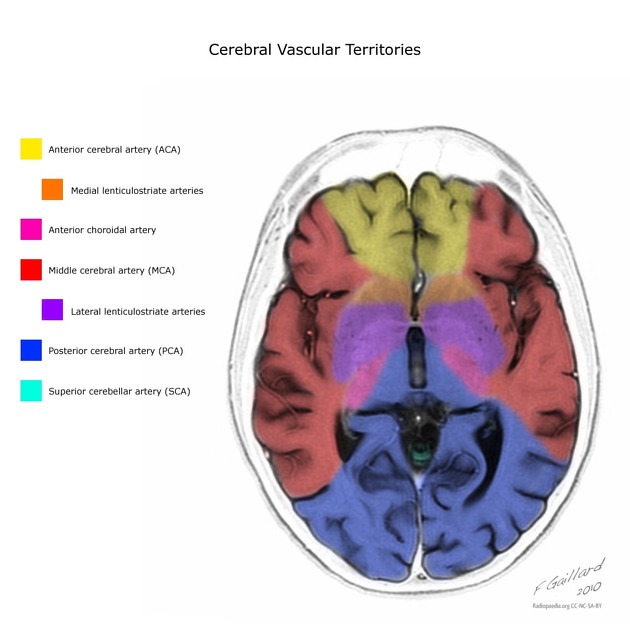 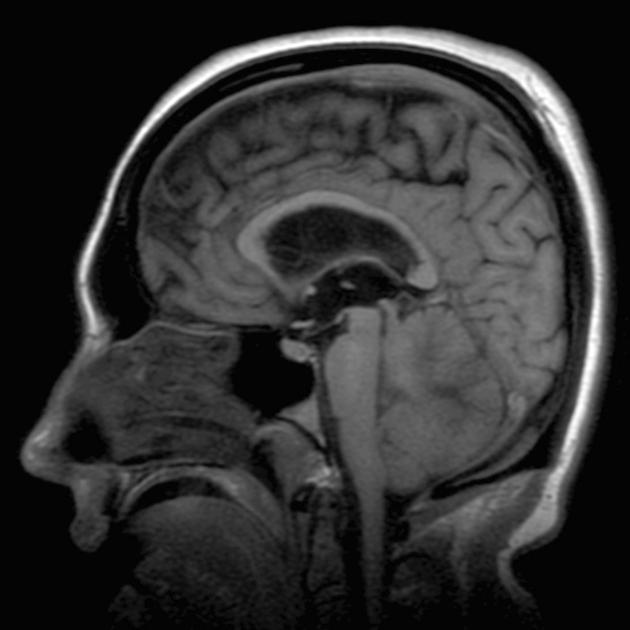 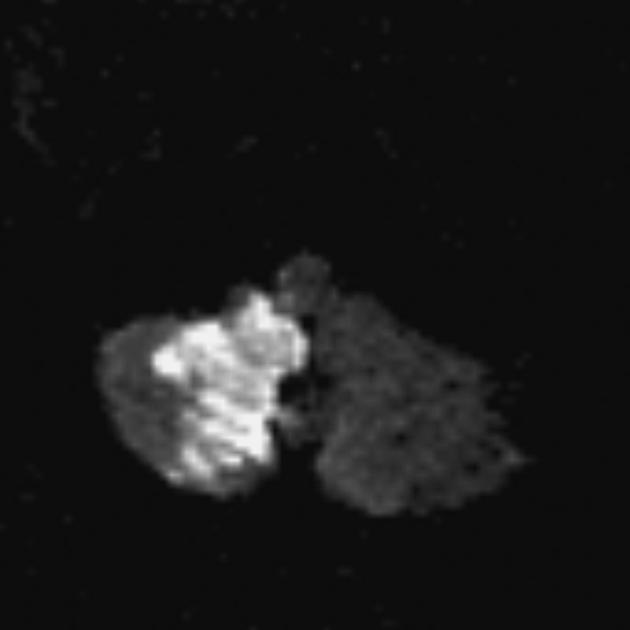 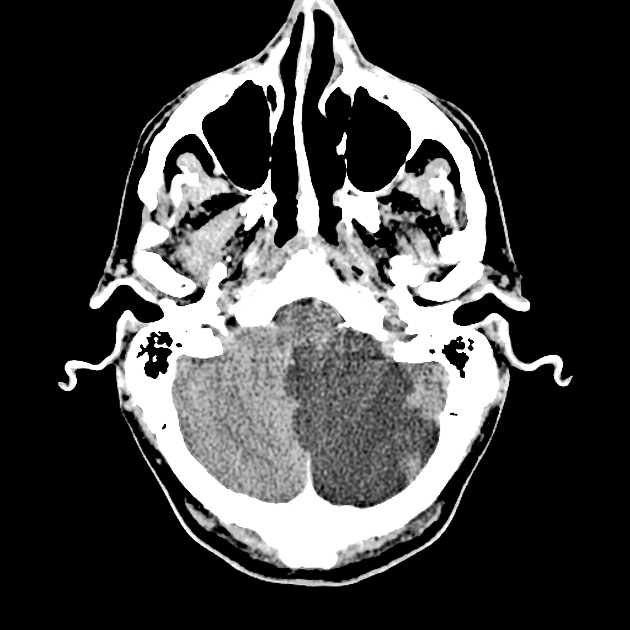 Cerebellar infarction is a relatively uncommon subtype of ischemic stroke. It may involve any of the three arteries supplying the cerebellum:

Many of the symptoms of cerebellar infarction are non-specific, such as nausea, vomiting, dizziness, unsteadiness and headache, and the clinical diagnosis relies on focused neurological examination and a reasonable index of suspicion. Examination findings include incoordination, ataxia and horizontal nystagmus. Patients may also present with altered conscious state or coma.

Small cerebellar infarcts frequently only present as an incidental finding on imaging studies after healing . In the symptomatic stage, they may remain unrecognized because they only present with minor or non-specific clinical findings, because MRI is not performed, or because they may be overlooked on MRI, especially if performed beyond the acute stage of restricted diffusion .

Typical features of infarction such as early loss of grey-white differentiation, hypoattenuation and edema, progressing to chronic encephalomalacia may be identified in the relevant vascular territories.

In the acute stage, cerebellar infarcts are first seen as hyperintense areas on DWI because of cytotoxic edema with restricted diffusion, after which they soon become hyperintense on FLAIR and T2WI as well . Brain swelling peaks at about 3 days, after which infarcts diminish in size and diffusion (pseudo-)normalizes after around 10 days (1-4 weeks) . Also around 10 days, (subacute) infarcts may become hard to identify due to a phenomenon known as “fogging” . In this stage, infarcts may also be seen as areas of parenchymal contrast enhancement, which appears around 1 week and may be visible up to 2 to 4 months after infarction. Finally, large and small cerebellar infarcts tend to heal with cavitation, leaving a CSF-filled cavity surrounded by a rim of gliosis .

Small cerebellar infarcts are often only detected as an incidental (cerebellar cortical) infarct cavity, which are most often smaller than 1 cm and typically involve the cerebellar cortex .They are easily observed on MRI (and CT) due to high intrinsic contrast between CSF within the cavity and the adjacent parenchyma. Only cortical cerebellar infarcts smaller than 0.5 cm in the DWI positive initial stage tend to become imperceptible on routine MRI scans, due to shrinkage and infarct retraction after healing .

The mortality related to cerebellar infarcts is higher than that of other vascular territories. This is generally due to concomitant brainstem infarction, or compressive hydrocephalus, rather than cerebellar infarction in itself. Unusual complications include: